Has Hell In A Cell Ruined Seth Rollins Vs. The Fiend At WWE 'Crown Jewel?' 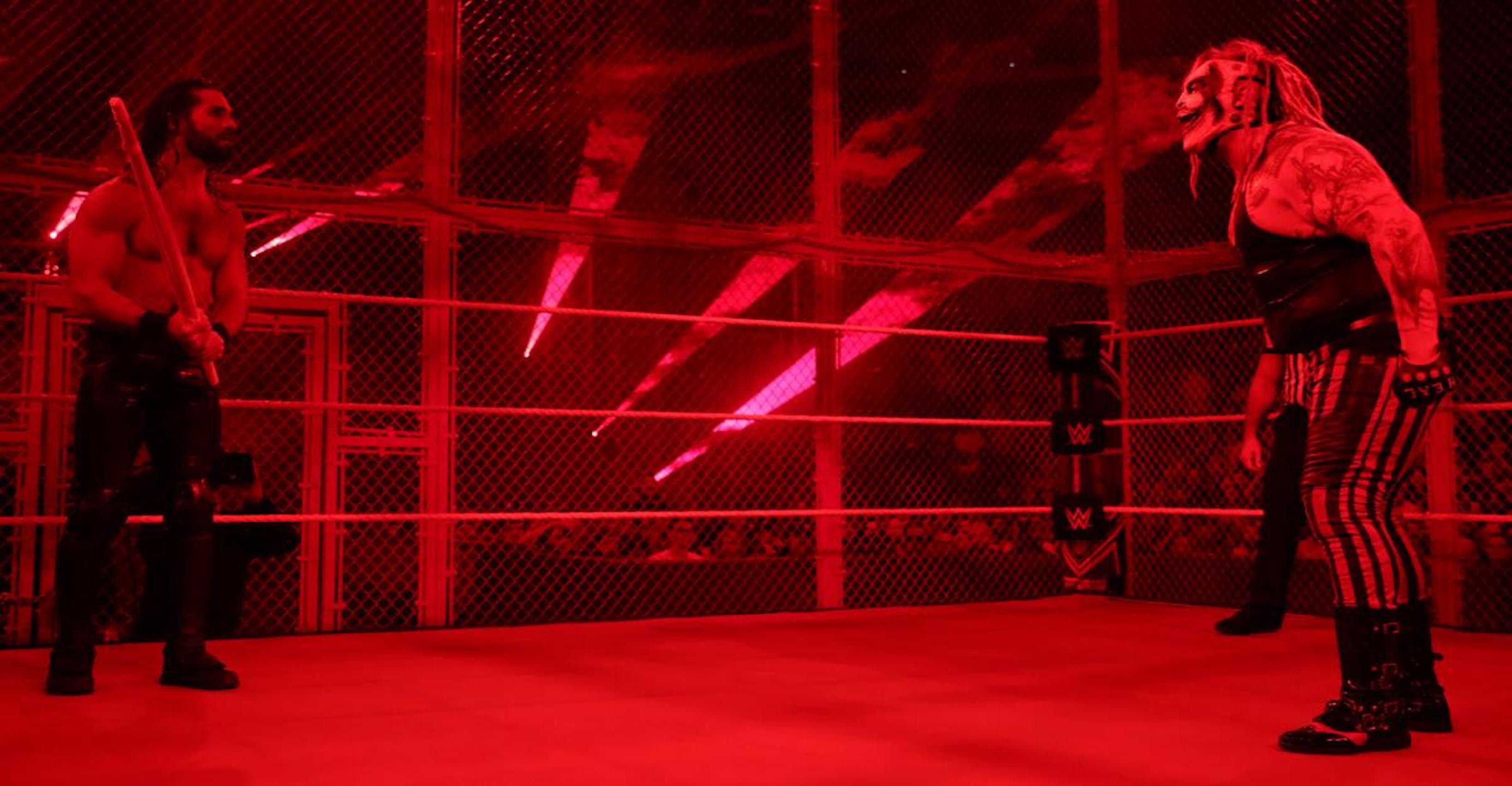 Has Hell In A Cell Ruined Seth Rollins Vs. The Fiend At WWE 'Crown Jewel?'

Seth Rollins will defend the WWE Universal Championship against Bray Wyatt at Crown Jewel on Thursday, October 31. This is a return bout from Hell in a Cell, where Rollins did everything he could to destroy The Fiend but was unable to pin him in the end.

Now, Wyatt has another chance at Seth and many WWE fans believe that this may be the moment when Bray becomes the top titleholder on Monday Night Raw, as this match cannot be stopped for any reason. But considering how their last match went, there’s really no way to know what will happen next. Will The Fiend actually walk away as the new Universal champion, or has Hell in a Cell already ruined this match?

The rematch between Rollins and Wyatt was already at a disadvantage due to the Crown Jewel event itself. WWE’s dealings with the Saudi Arabian government continues to be a sore spot for many fans, who believe the company should not be involved. It’s a money grab for WWE and everyone knows it.

The location of the match should obviously not be held against Seth and Bray. Both men are doing what they can to get their storyline over and they would do that despite what country featured the match. But it’s enough for many critics to immediately dismiss this title bout as if it’s just not important at all.

But much of that perception has to do with what happened at Hell in Cell on October 6. Many pro wrestling insiders knew that the events of that night would affect both Rollins and Wyatt moving forward and they were right. Rather than be excited for The Fiend’s second opportunity  at Seth’s Universal Championship, fans are instead still looking back at the first.

Hell in a Cell was supposed to be The Fiend’s coming out party. Fans knew what Bray Wyatt was capable of. They knew what he could do on the worldwide stage and they also knew he could rise to the occasion on that stage. But they didn’t know if the same was true for his new alter-ego.

The Fiend is not the typical WWE gimmick. It’s not flashy, it’s not loud and it’s not trendy. The Fiend isn’t family friendly and it’s not an ambassador to outside organizations or to the mainstream media, for that matter. The Fiend is an enigma, a walking nightmare that swallows the world around it and feeds off the fear of others. The Fiend is unpredictable and more importantly, it cannot be contained.

It was that gimmick fans witnessed on October 6. Bray Wyatt had the opportunity to take The Fiend to new heights with his presentation in the ring. It was the character’s biggest match to date and while no one knew what to expect, they surely knew that The Fiend would not go down without a fight. Not only was that the case, the fact is The Fiend never felt a thing.

Bray Wyatt’s new gimmick proved far more resilient than anyone could have imagined. It could even be said that The Fiend transformed Bray into a superhuman entity, as he withstood a brutal beatdown the likes of which fans haven’t seen in quite some time. Rollins did everything he could to destroy Bray and it appeared that The Fiend gimmick had suffered a premature death.

But then The Fiend kicked out. Then he kicked out again. The Fiend took an incredible amount of punishment from weapons, a Pedigree, multiple Curbstomps and he kept getting back up. The Fiend was completely impervious to damage and while it was thrilling in the beginning, it soon became ludicrous.

Why did WWE choose to portray The Fiend as being indestructible, yet not put the Universal Championship on him? Why take the time and effort to get him over in such a monumental way, yet not put him over in the end? The fact that Rollins needs credible challengers is not enough of a reason. The Fiend could have displayed a tenth of the tenacity that he did and still be a wholly viable title contender. So why go the extra mile to convince fans The Fiend is Jason Vorhees come to life?

There may not be a satisfying answer to that question. Seth Rollins is walking into a match at Crown Jewel with a creature that he cannot tame. But that same creature couldn’t pin Rollins either. Despite his otherworldly powers of recovery, The Fiend cannot execute a simple pin to capture the title?

So now the two men will step back into the ring once again and may fans want to know why they should care. The most unbelievable match has already taken place. The Fiend was decimated by WWE’s top guy, but he was not beaten. He endured more punishment than he should have and now the company finds itself backed into a corner. How does WWE follow up Hell in a Cell? What can Seth Rollins possibly do this time to defat The Fiend?

Can Seth find a way to outlast the most resilient Superstar on the WWE roster today and if he does, then why couldn’t he do it back on October 6? If Rollins hits Bray with anything from his arsenal that he used the last time and gets the pin, what does that say about both characters? Seth Rollins will not stop and The Fiend is unstoppable. What happens at Crown Jewel is unknown. Whether or not anyone will believe it, is anyones guess.