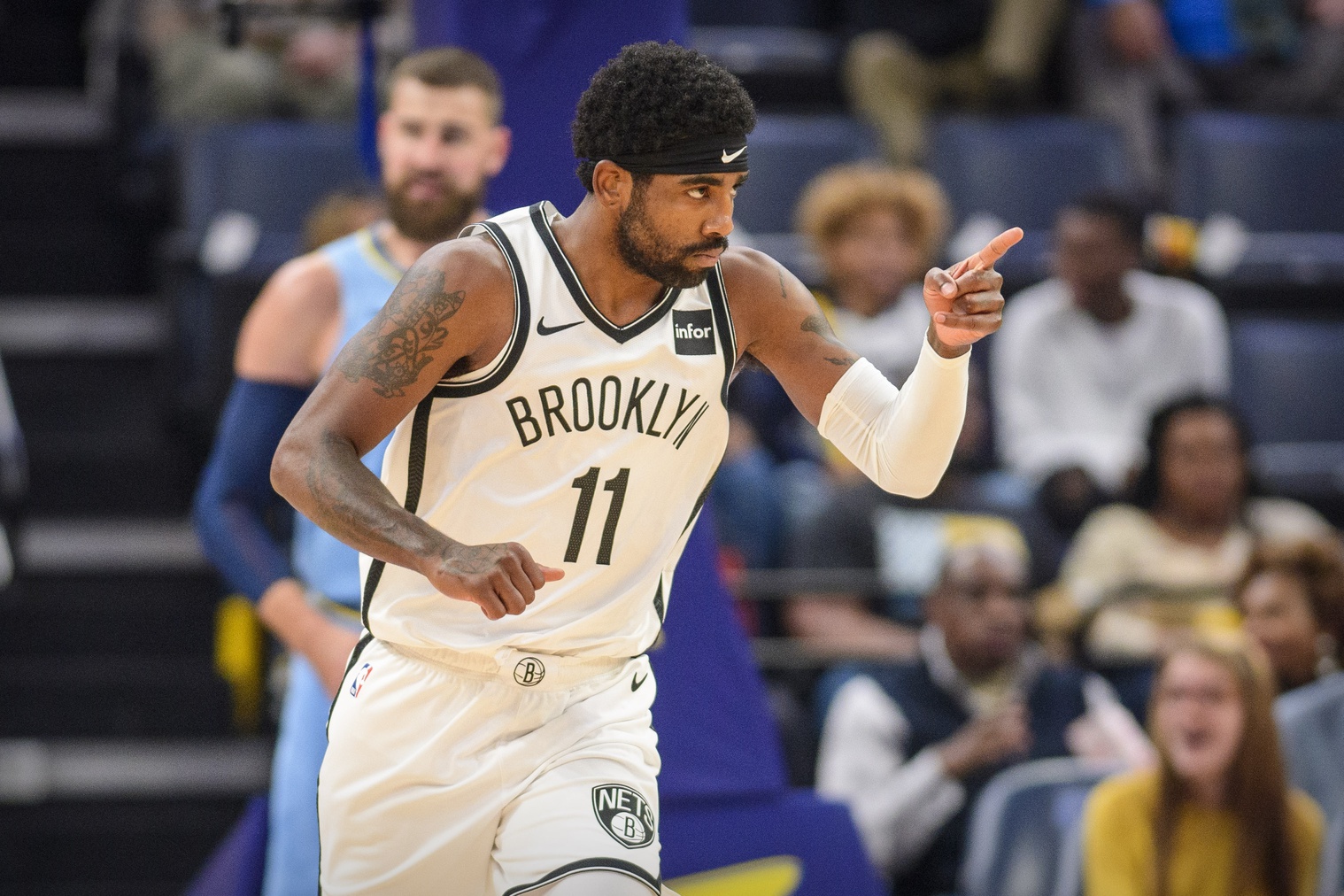 A mere four months and three games into his tenure in Brooklyn and Kyrie Irving has the Nets brass walking on eggshells.

Jackie MacMullan unveiled their concerns in a whopper of a story that reinforces the perception (reality?) that Irving doesn’t play well with others.

When the Nets gently urged him to participate [in a biometric data exercise], he didn’t mince words: “I’m not doing it.” It created an awkward moment, team sources say, for incumbent players who had benefited from the performance staff and ingrained that input into their routine.

Yet Irving’s infamous mood swings, confirmed by his ex-teammates, which followed him from Cleveland to Boston to Brooklyn, are the unspoken concern that makes Nets officials queasy. When Irving lapses into these funks, he often shuts down, unwilling to communicate with the coaching staff, front office and, sometimes, even his teammates. Nets team sources say one such episode occurred during Brooklyn’s trip to China, leaving everyone scratching their heads as to what precipitated it. There’s hope that Durant will be able to coax his friend into a better frame of mind. But when presented with that scenario, KD says he will be hands-off.

There has already been leeway to allow Irving to march to his own drum. The Nets are willing to look past moments like the photo shoot at the Pearl TV Tower in China, when Irving refused to remove his hat and instructed them to photoshop it out. They will focus more on the bigger issue of sharing the ball and maintaining good team chemistry.

The first and third incidents reported by Jackie make Irving seem like a spoiled-brat, not uncommon for elite athletes. The mood swings – and I’m not a psychologist – seem like something much more serious. Whether he’s a diva or depressed, Kyrie is troubled.

It has to be someone on the Nets who leaked this damaging information to Jackie, right? I mean, what’s their end game? I’m sure Kyrie is going to love all the cameras in his face today.

Jackie also reports that Kyrie said he told Danny Ainge in his exit interview that he was leaving Boston. That’s a stark contrast from what Ainge told the media in June:

Celtics president of basketball operations Danny Ainge, who said he had a good exit interview with Irving after the season, said Wednesday that there was not much clarity on his end about Irving’s future.

“I don’t know,” said Ainge, in his first media appearance since suffering a heart attack April 30. “There’s not much I can say about that, honestly, but there’s ongoing conversations. We’ll just have to wait and see what happens there.”

File under: everyone lies to the media.