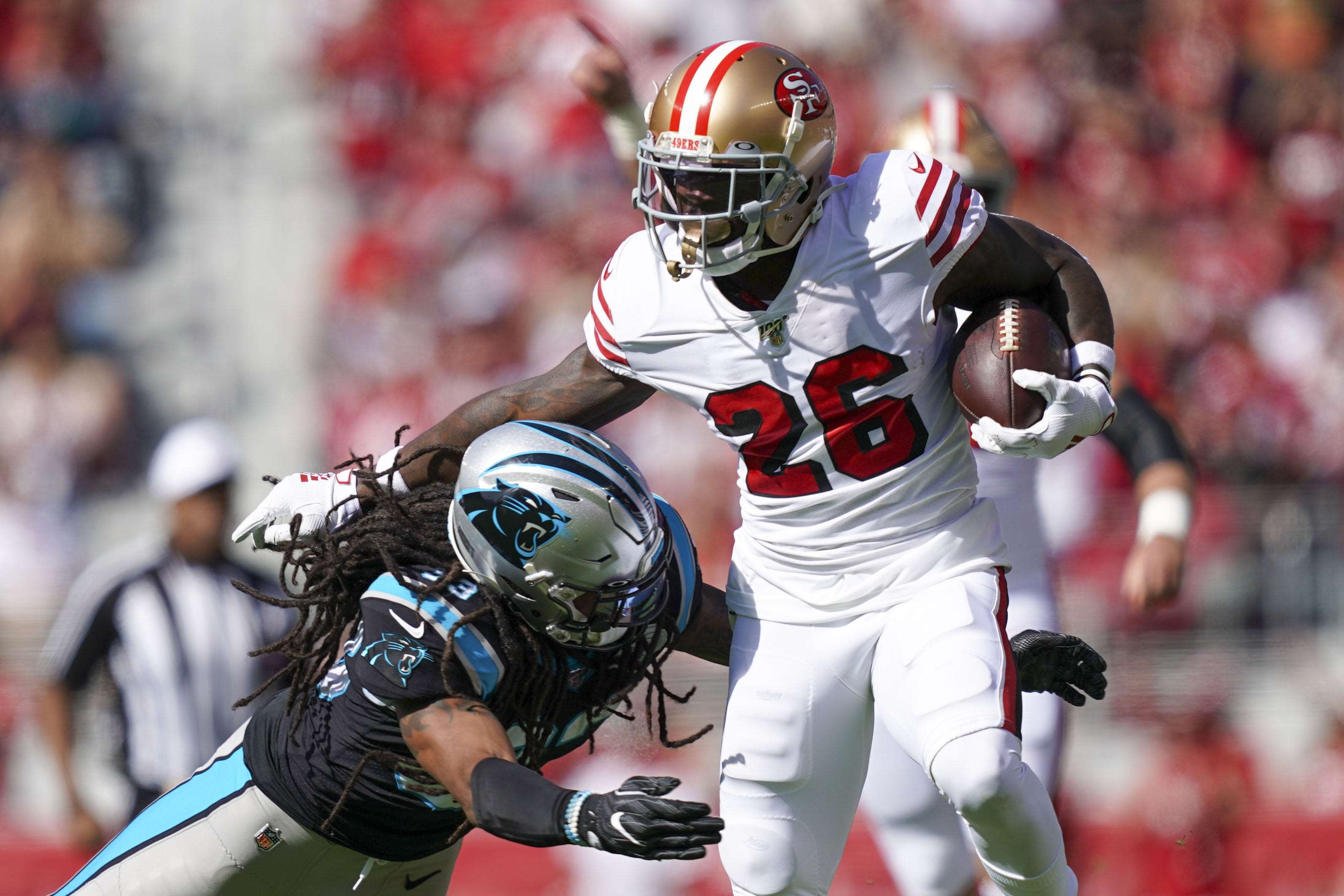 In week eight of the NFL season, we saw the New England Patriots and San Francisco 49ers remain perfect. It is looking more and more like a Patriots/49ers Super Bowl at the moment. New England beat Cleveland 27-13 as Bill Belichick won his 300th NFL game, and the San Francisco 49ers throttled the Carolina Panthers 51-13. Here are the top five performers from week 8.

5) Drew Brees–New Orleans Saints– One of the greatest quarterbacks in NFL history made his return from thumb surgery and got off to a slow start as the Saints had zero first quarter points. However in the second half, Brees threw three touchdown passes. He finished the day completing 34 of 43 passes for 373 yards as the Saints beat the Arizona Cardinals 31-9.

4) Aaron Rodgers–Green Bay Packers–This Packers/Chiefs battle on Sunday night was hyped up for weeks as a battle between Rodgers and Mahomes. Then Patrick Mahomes dislocated his kneecap against the Denver Broncos and the Chiefs were forced to start Matt Moore in their battle of the titans. In a strong game for Rodgers, he completed 23 of 33 passes for 305 yards and three touchdowns in a 31-24 Green Bay win.

3) Deshaun Watson–Houston Texans–In one of the most remarkable images in NFL history, Texans quarterback Deshaun Watson threw a game winning touchdown pass immediately after being kicked in the eye. Watson completed 27 of 39 passes for 279 yards and three touchdowns and also added 46 yards rushing. Watson’s game winning TD came on a nine yard pass to Darren Fells and put the Texans up 27-24 after they were trailing the Oakland Raiders 24-20.

2) Aaron Jones–Green Bay Packers–We know that Jones is an excellent running back. On Sunday night he proved he is also an excellent receiver. In the Packers win over the Chiefs, Jones caught seven passes for 159 yards and two touchdowns and added 13 carries for 67 yards on the ground.

1)Tevin Coleman–San Francisco 49ers–In the 49ers’ 38 point onslaught over the Panthers, Coleman reached the end zone on four occasions. He had 11 rushes for 105 yards and three touchdowns and also had two catches for 13 yards and one touchdown. Fantasy owners will hope this type of performance will distance Coleman from Raheem Mostert and Matt Breida. However 49ers head coach Kyle Shanahan used Breida and Coleman evenly as they both had 11 carries, while Mostert was not too far behind at nine carries.