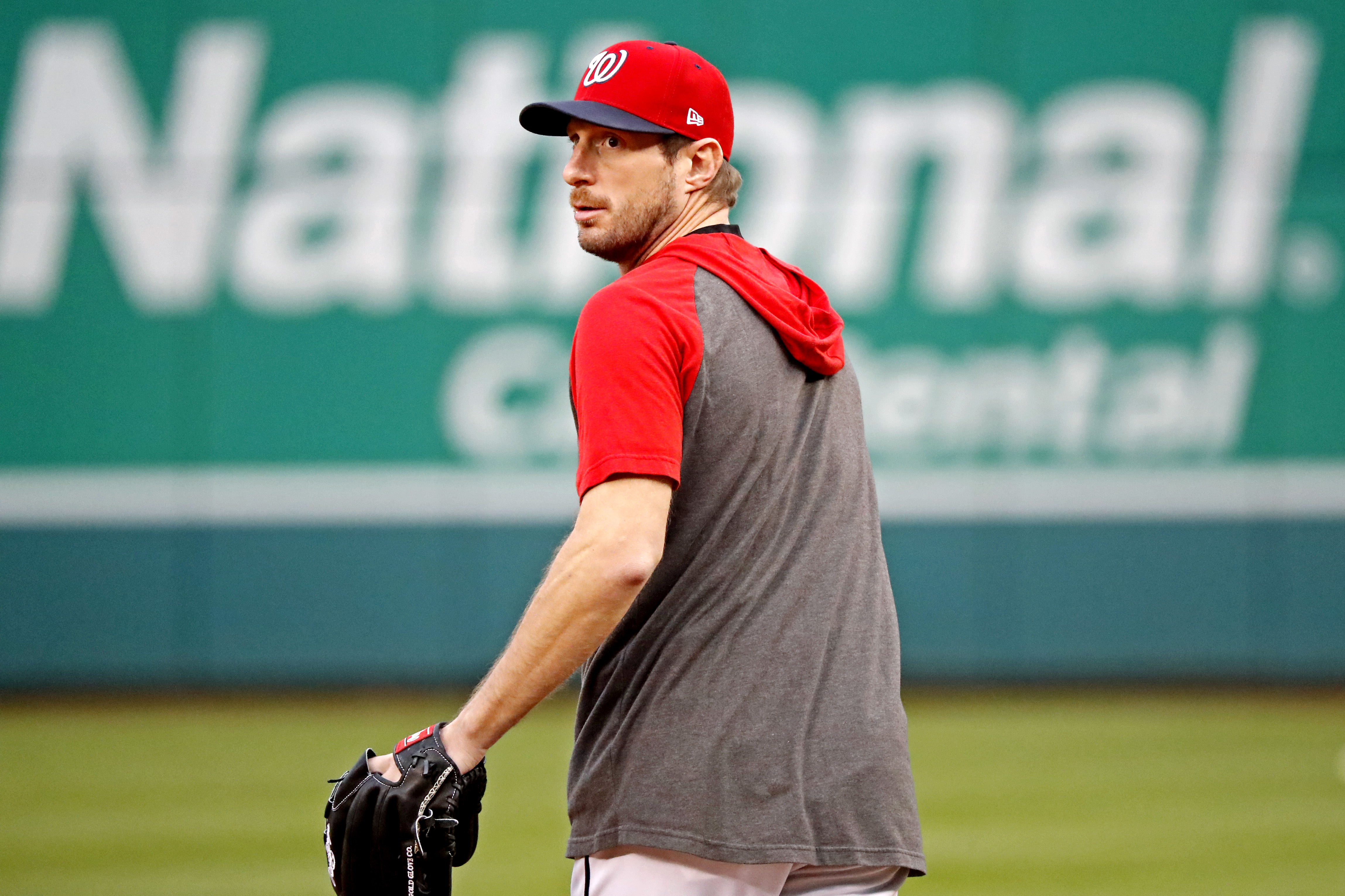 Nationals pitcher Max Scherzer was scratched from Game 5 of the World Series due to neck spasms, with the pain supposedly being so bad that he could barely even move.

But he’s since been worked on, and received a cortisone shot to help loosen up the muscle.

Apparently, it’s been working, as Scherzer was seen throwing on the field at Minute Maid Park on Wednesday before Game 6.

Max Scherzer, who could barely move Sunday when he was scratched from his start because of neck spasms, playing catch at Minute Maid Park. Received a cortisone shot Sunday he hoped would get him in position to possibly start Game 7, if the Nats can win Game 6 pic.twitter.com/sdglWaNcJ7

Scherzer was approached by a few reporters who were wondering what his status for Game 7 — if necessary — might be. Here’s what he had to say.

Nats: Max Scherzer and Kurt Suzuki good to go for Game 7, if necessary.

Well, that erases any doubts about Scherzer’s availability for a potential Game 7.