Your Morning Dump... Where Jaylen Brown is 'Indispensible' 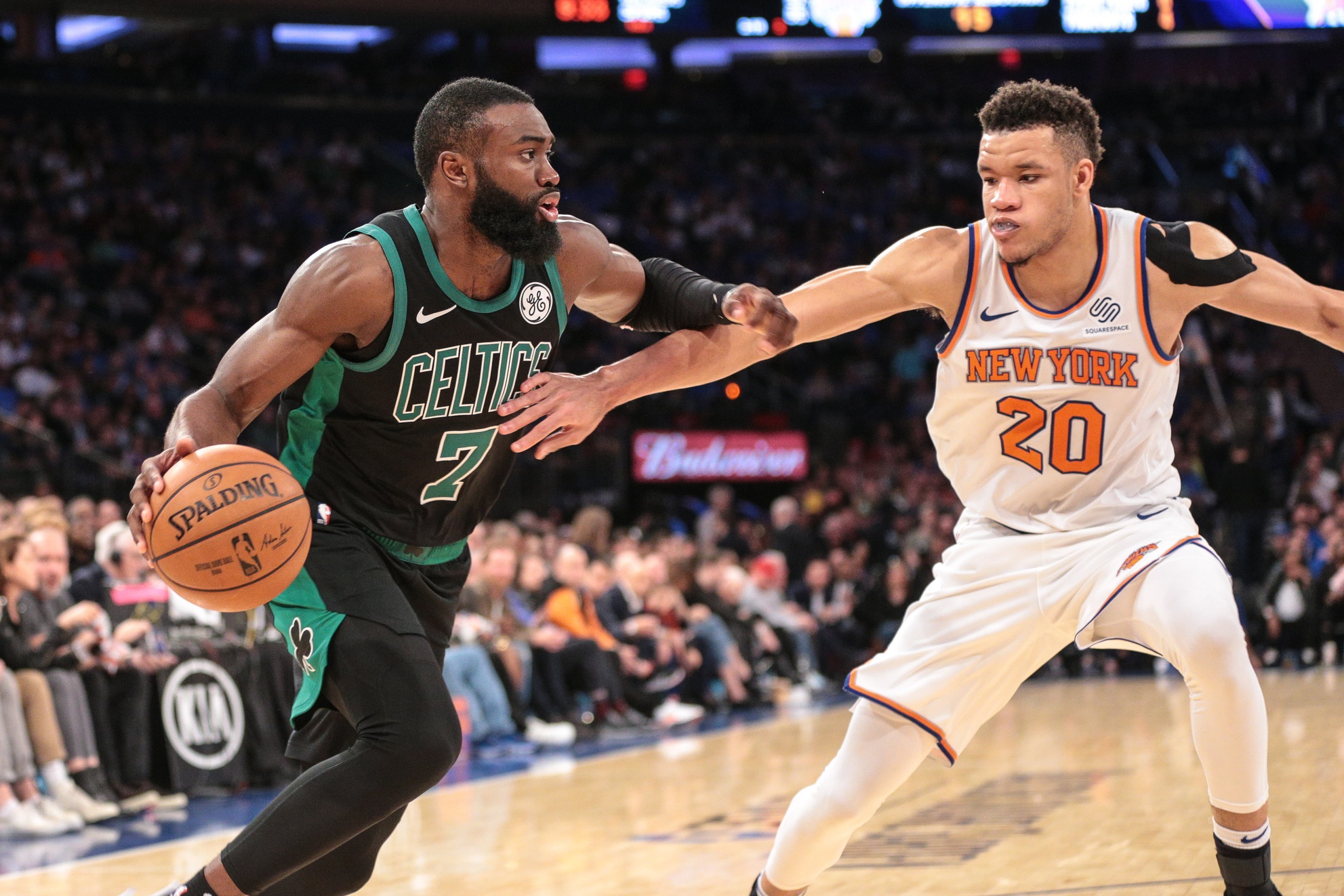 Your Morning Dump... Where Jaylen Brown is 'Indispensible'

The 76ers, in the end, looked like the better team last Wednesday, but for a good stretch of the night, the Celtics had the upper hand, and Brown was in the middle of that with his ball pressure. Philly was taking a bunch of bad shots, and it wasn’t until Brown went out with his fourth foul early in the second quarter and fifth foul early in the third, that Ben Simmons, still allergic to outside shooting, began to get downhill on easier-than-they-should-have-been drives to the basket.

Jaylen Brown’s foul trouble is, perhaps, one of the underreported aspects of the Celtics’ game one loss (Chuck did mention it briefly in his post-mortem). Ben Simmons lives off of defensive mismatches, and Jaylen Brown is pretty much the opposite of a defensive mismatch. Like Smart, he can defend taller players while his quickness enables him to stay with more nimble guards.

And, after he got what appeared to be opening night jitters out of the way, he’s been a definite asset to the team: He notched 25 points against Toronto and is currently shooting 50%, despite still working to find his range from behind the line.

Plainly, the returning players on the team want to leave the past in the past, but it would be rather pointless for the team to go through last season’s joyless march to an embarrassing second round exit without taking something away from it and applying those lessons to this season, and you can’t do that without comparing this season to last season.

So, yeah, it’s a little amusing whenever these guys say they’re not comparing this year to last, because you pretty much have to do that if you’re going to take anything of value away from what was otherwise a wasted season.

Page 2: Where the offense needs work

The one certainty for the Celtics this season was supposed to be a high-ceiling offense that could offset the losses the team sustained on the defensive end. Over the first three games, however, the offense has been dreadful and the defense is keeping Boston afloat.

A leopard can’t change its spots, and the same seems to be the case with Brad Stevens.

Stevens has always been a defense-first coach, and it appears that he still is. Few pegged the Celtics to be a decent team on the defensive end coming into the season, primarily because the team basically swapped Al Horford and Aron Baynes for Enes Kanter.

However, the Celtics had a top five defense while starting Isaiah Thomas, a 5′-8″ defensive liability, and that’s because good defense is a team project. If you, a lockdown defender, are surrounded by sieves, there’s an easy solution for the offense: Pass the ball.

We don’t know what the Celtics work on during most of their practice sessions, and we don’t know what they look at during their film sessions. However, the results speak for themselves. The C’s are one of only two teams that consistently defend the three point line well, and they’ve had consistent success through a wide variety of personnel.

So, while I’m sure the coaching staff wouldn’t object to some gaudy offensive stats right out of the gate, I’m equally sure that they’re not particularly concerned about the offense. Brad Stevens earned his reputation both at Butler and with the Celtics by getting more out of his players than other coaches could or would, and it’s no coincidence that he’s consistently focused first on defense. Slowing down the game neutralizes offensive firepower. It levels the playing field, and when guys see that they can stop the other team’s best players, that gives them greater confidence on the offensive end.

So, first of all, Kanter has deleted that Instagram post. Secondly, while it’s possible that those colors have been doctored up by a filter, the logo is spot on and you can see conventional green Celtics apparel in the background, so we’re talking selecting & tweaking just one or two colors, which is not easy to do with Instagram

I’m guessing that even if that was a faked jersey, team brass probably would’ve asked him to delete it because protecting intellectual property is a huge deal. If that’s a faked jersey, they’re using Nike’s logo without permission, which is something that Nike doesn’t really like.

But the larger question is ‘What the actual hell?’

Go all the way back to 1946, and you can’t find the Celtics using those colors or that script:

The typeface is equally bizarre. It’s some sort of ugly combination of an old-style serif font and an uncial script. Faking old-school is all the rage these days (viz. the Net’s black and white court which is a tribute to how people imagine the 1950s and 1960s really were).

I’m guessing that this was a botched order, and that the Celtics’ ‘city’ jerseys will be a non-standard green with that same tacky fake old-school script.

Locked on Celtics Podcast with Chuck and John