Your Morning Dump...Where the Greek Freak is in town for battle 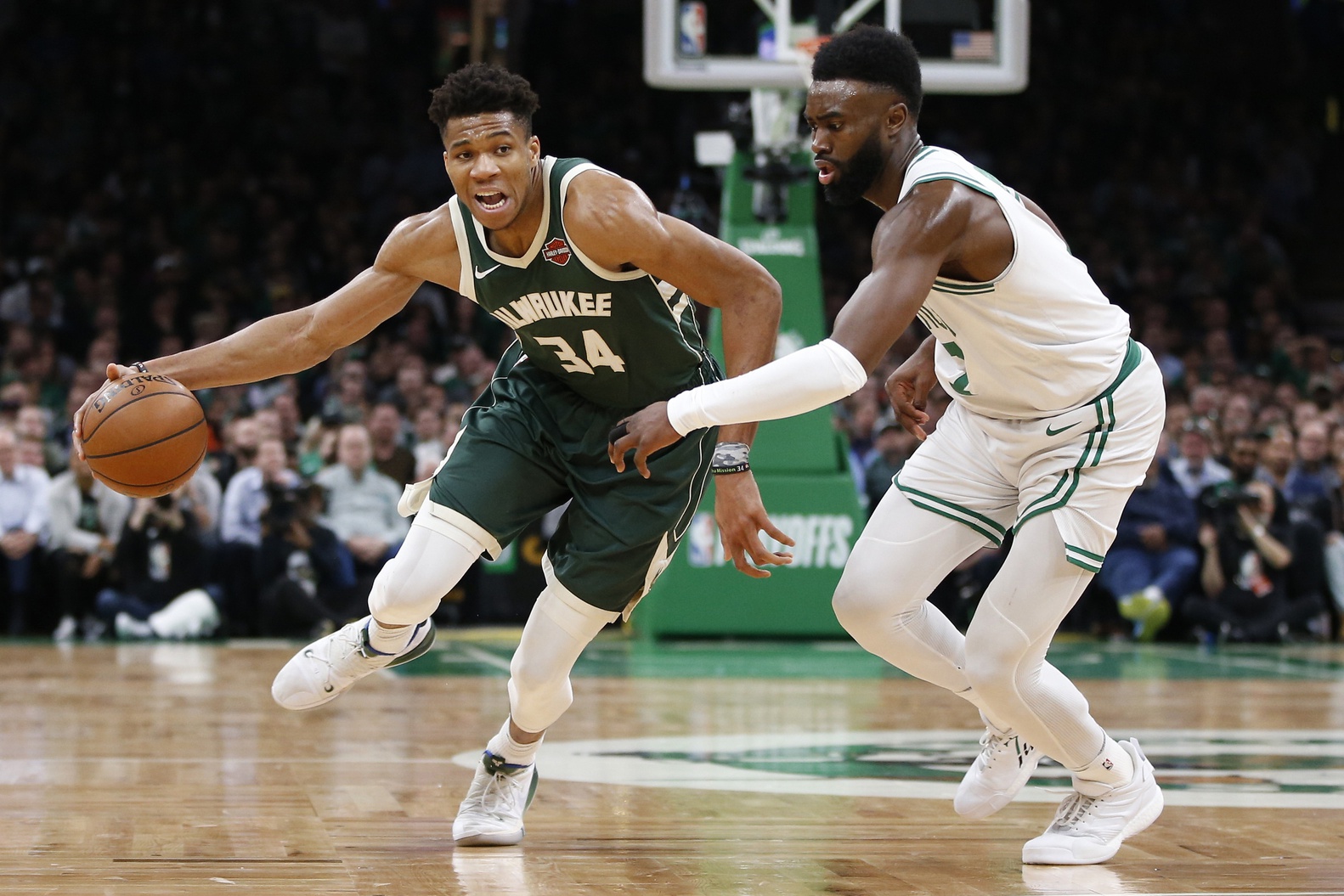 Your Morning Dump...Where the Greek Freak is in town for battle

There’s no reason for me to completely rehash the past here as we all know what happened the last time these two teams faced off. The Celtics took Game 1 in surprising fashion and then resembled a team that’s never played basketball before for the next 4 games en route to a gentleman’s sweep. While I try to block it out of memory, the Celtics are looking at this game as a chance to establish themselves early on in the season.

A win tonight would propel the Celtics to 3-1 after facing off against 3 of the Eastern Conference’s best. While morale-boosting victories are usually overrated in the regular season, this would be big for the Celtics, especially after how last season ended.

This is a new look Bucks team as well after losing Malcolm Brogdon to the Pacers in restricted free agency and Nikola Mitotic after he took the money and fled to Barcelona. To offset their losses they’ve brought in Wesley Matthews, Kyle Korver, and Robin Lopez.

All things considered, they’ve downgraded a bit both in their back-court, as well as their front-court. Even though they’ve lost some guys, the one constant will always be the same, the Greek Freak.

“He’s the most special guy end-to-end in the league,” Stevens said. “I think ultimately there’s very few people over the course of time in the NBA that strike fear in you like he does when he’s going full-court.”

The Korver and Matthews additions fit right in with Giannis as we’ve seen first hand how well sharpshooters go around him. He had a career-high in assists per game last season (5.9) and has started this season dishing out 9 per night through his first three games. He’s really developed that part of his game and he’ll be a handful to contain in that aspect as well. It’ll be important for the Celtics to rotate and close-out on shooters as Giannis regularly draws two defenders and kicks out.

It should be interesting to see who starts out on Giannis (My guess is Jaylen Brown) and how Brad works the rotations as a couple big men are on the fritz for tonight’s game for the Cs.

Enes Kanter is OUT tomorrow vs the Milwaukee Bucks.

Daniel Theis is questionable to play. Theis did practice today.

We’ll see if Brad prioritizes rim protection or being able to switch efficiently by who he starts at the 5. Grant Williams has been excellent thus far as he’s acted as a wing/big hybrid while Robert Williams continues to develop on the defensive end and continually wow us with his athleticism.

This might even be a game where we get a little bit of Vincent Poirier as the Celtics are incredibly thin up front. All in all though, it’s going to be up to the Celtics’ stars to come to play. After having a nice weekend showing against the Raptors and Knicks (27 PPG on 48.7% shooting), Kemba Walker has another chance to continue to get into Celtic fans’ good graces while Jaylen Brown, Jayson Tatum, and Gordon Hayward all look to build upon their starts to the season.

The Celtics plan on turning the page from last season has gone well so far, tonight marks another test and a chance to put the East on notice that they aren’t the same frauds from last season.

“They’re one of the teams we have to beat in the East, and we know that,” Smart said, “so what better way to find out where you stand than to go ahead and face those guys early and get a feel for it?”

Page 2: Where Romeo Langford gets punk’d at Chipotle

🤦🏾‍♂️🤦🏾‍♂️😂 I guess this is what being a rookie is like lol I thought I was about to have to pay $4500 for some Chipotle… @smart_MS3 @ChipotleTweets pic.twitter.com/Vs1FmwFJR8

First of all, between this and Marcus Smart renting out the entire theater for the team to see Terminator, I’m so happy we have a team that likes each other. Gone are the days of everyone fleeing the premises once basketball is over and gone are the reports of magical flights changing the entire mojo of the team.

They finally, genuinely, look like they’re having a grand ole’ time. Just look at Smart’s face here while Romeo is confused beyond belief…

if that isn’t fun, I’d be hard-pressed to know what is.

MassLive: Why Jayson Tatum is missing at the rim

NBCSports Boston: Defending without fouling, a challenge for the Celtics