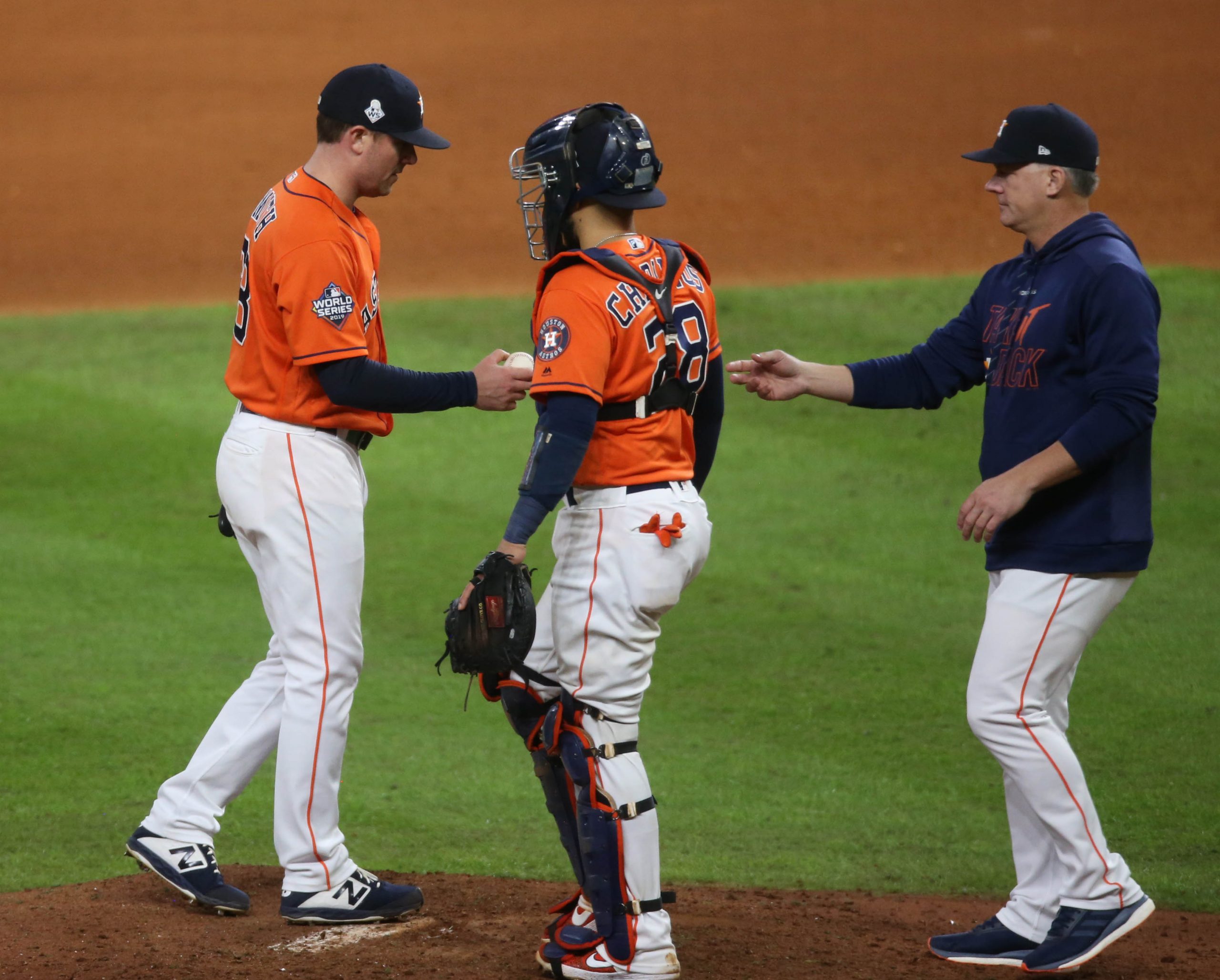 Astros manager AJ Hinch may have cost his team a World Series championship, and now he’s forced to answer questions about his decision making process in Game 7 on Wednesday night.

Hinch saw his starter, Zack Greinke, throw only 67 pitches through six innings of work. The seventh didn’t start as well, as he gave up a home run to Anthony Rendon, followed by a walk to Juan Soto. Those are the Nationals’ two most dangerous hitters, but Hinch elected to pull Greinke, rather than having him face Howie Kendrick. Instead, he brought in Joe Harris, who gave up a home run in Game 6, and Hinch himself had even admitted he was a bat fatigued before Wednesday’s contest.

That proved to be a huge mistake.

Harris gave up a home run to Kendrick, giving the Nationals the lead for the first time in the game, and that’s where it all came undone. Not only that, Hinch had Gerrit Cole available in the bullpen, but never elected to trot him out to the mound. He explained why after the 7-2 loss.

AJ Hinch said he wasn’t going to pitch Gerrit Cole unless they had a lead and were going to win. He was planning on having him closing the game out if they got to that point.

That’s not a viable excuse. Hinch could’ve left Greinke in, or could’ve put Osuna into the game over Harris, then had Cole pitch the eighth and inning. The bullpen mismanagement cost the Astros a title, and he deserves all the criticism in the world for it.