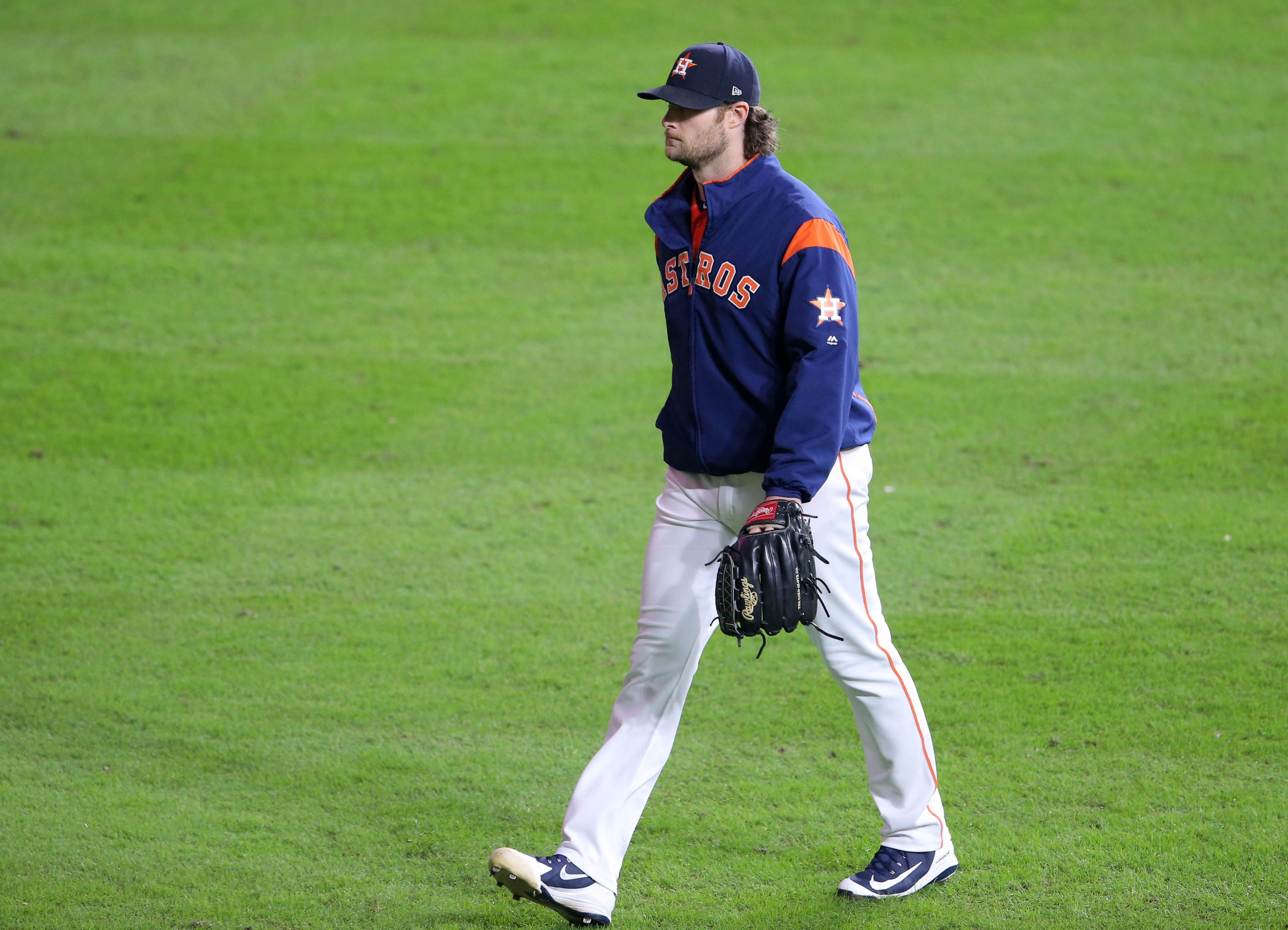 Gerrit Cole brought his flamethrower in Game 5 of the World Series, as he carried his team to victory, and gave the Astros a 3-2 lead — with all the momentum heading back to Houston.

Unfortunately for him, the Astros’ hot bats cooled off after the flight back home, and AJ Hinch’s bullpen mismanagement doomed the team, which lost Game 7 on Wednesday night.

Not only that, Game 5 would prove to be Cole’s final game in an Astros uniform, as Hinch, for some reason, had him warm up but did not have him throw in Game 7, and the Astros have hinted that they won’t be able to re-sign him. Cole will likely command upwards of a $300 million contract, and it looks as if he’s headed out West, to one of the California teams.

In reading his facial expressions during and after Game 7, it did appear that he was disappointed to have not entered the contest, and understandably so. Still, he remained classy in thanking Astros fans and the team for their support on Thursday.

It will be interesting to see where Cole ends up in the future.