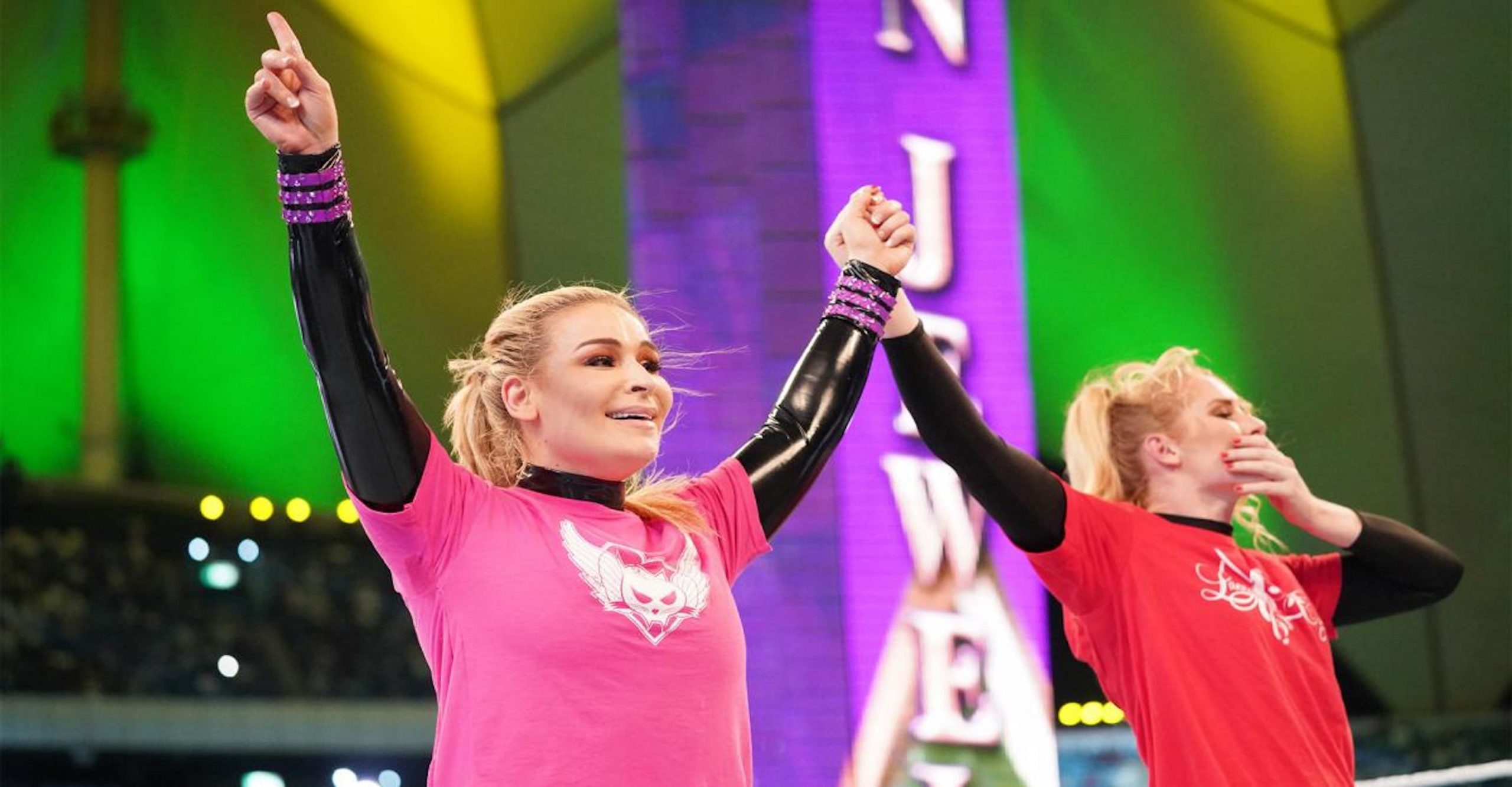 Natalya and Lacey Evans have posted their feelings on social media concerning the historic match at WWE Crown Jewel. The match in question took place on Thursday, October 31 in Riyadh, Saudi Arabia and marked the first time that two female pro wrestlers have ever performed in that country.

This Crown Jewel event was met with heavy criticism from many fans around the world. The same was true of the other three events held in Saudi Arabia as well. But there’s no doubt that the bout between Natalya and Evans was indeed a very special moment for both women.

I’d been dreaming of this moment for a long time and tonight was for every girl and every woman who has had a dream. Tonight proved dreams do come true and we can make this world a better place together❤️ pic.twitter.com/GTj6thqjT4

Natalya, who has long been considered the cornerstone of the WWE women’s division, rose to the occasion as she led the younger Lacey Evans through what was perhaps the biggest match of her life. Both women were in tears following the bout as the crowd roared its approval.

WWE has endured some harsh scrutiny because of their continued relationship with Saudi Arabia. Much of that scrutiny was due to Saudi journalist Jamal Khashoggi, whose 2018 murder was reportedly ordered by that country’s government.

To my daughter, to daughters all over the world.❤ @natbynature @WWE #WeCanDoIt #WWECrownJewel #ThankYou pic.twitter.com/7CyCvrGcB1

But the controversial treatment of women in Saudi Arabia has also played a huge part in the hate that’s been levied at WWE over the past two years. This was especially true in light of WWE’s Women’s Revolution, the movement which saw female Superstars elevated the same level as their male counterparts. However, the company claimed that they were working toward the inclusion of women in Saudi Arabia and now that day has finally come.

WWE had a goal in mind and through perseverance, that goal was finally attained. Whether or not this match justifies the company’s presence in Saudi remains to be seen. It’s also unknown if this means that women will be allowed to compete in future WWE events held in Saudi Arabia.