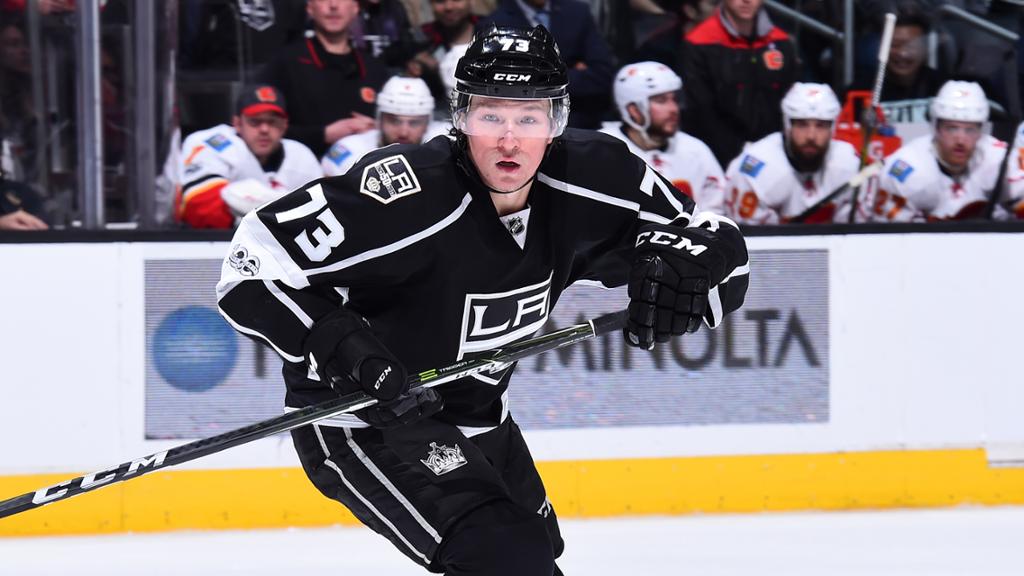 Old friend Todd McLellan has made waves in Los Angeles. In last night’s home game against the Vancouver Canucks, McLellan healthy scratched veteran Tyler Toffoli. An effective goal scoring winger, Toffoli was on the trade block last season at the deadline and was nearly dealt to the Boston Bruins.

It stands to reason, with the Kings in the midst of a rebuild and Toffoli set to become a free agent in July, that he’ll be moved before the deadline. There will no doubt be a market for a forward who, prior to last season, was a consistent goal scorer.

Toffoli managed just 13 goals for the Kings a season ago, but the 2018-19 campaign was a complete disaster for everyone in Los Angeles. He’s got three goals (five points) through 12 games this season and should threaten to return to his 20 goal norm.

In 2017-18, when the Kings last reached the playoffs, Toffoli notched 24 goals and appeared in all 82 games. A right-shot forward who still has some gas left in the tank, Toffoli could really help a team’s middle six this season and potentially in the coming years.

The Oilers should be interested in the forward, there really is no debate about that. Whatever the plan was this summer, the Oilers are 9-4-1, sitting in a playoff spot and have arguably the best two players in hockey in Connor McDavid and Leon Draisaitl. James Neal is on the highway to 20 goals, while Ryan Nugent-Hopkins has been strong yet again.

The Oilers have a top six forward group that is worthy of the playoffs. Their defense, with the emergence of Ethan Bear and Joel Persson, is about good enough too. The goaltending? Believe it or not it has been a strength.

Ken Holland is a forward or two away from building a team that will make the playoffs in April. Toffoli, quite frankly, is the perfect fit for this team. He has adequate speed, good skill and fits as a middle six forward. The Oilers need more of all of that.

Here’s a look at Toffoli’s scouting report via the Sports Forecaster.

Is highly skilled and plays with excellent anticipation and patience. Boasts a quick release and good shot. Can get red-hot in the goal-scoring department. Skates well and is also a solid penalty-killing option. Can lose board battles because he doesn’t have elite physical strength, so he could stand to bulk up even more. Can go through as many dry spells as hot spells in the goal-scoring department at the NHL level.

So, what would it cost to acquire Toffoli? Indications are the Kings were looking for a first round pick at the deadline last winter, and also would have taken a second and a prospect. They never received an offer that was adequate.

With less time left on his contract and now as a healthy scratch, Toffoli’s value has certainly shrunk since last season. If you were the Oilers, would you move a second round pick and, say, William Lagesson for Toffoli? What about Cooper Marody or Tyler Benson straight up? Jesse Puljujarvi?

I wouldn’t move Benson or Marody for Toffoli, but would strongly consider JP and a mid-round pick or a second and Lagesson. Toffoli is exactly the kind of secondary scorer that the Oilers lack.

Through 14 games, the Oilers have played well enough to keep the playoff hopes alive. They’ve also put a little pressure on Holland to find more adequate secondary scoring options. Toffoli is a veteran and, on the face, a rental. He’s also the perfect fit, and could really help the club’s middle six.

If the price isn’t too dear, the Oilers would be making a mistake to at least not check in on his availability and the feasibility of a trade.