Stephen Strasburg has finally become the prince that was promised 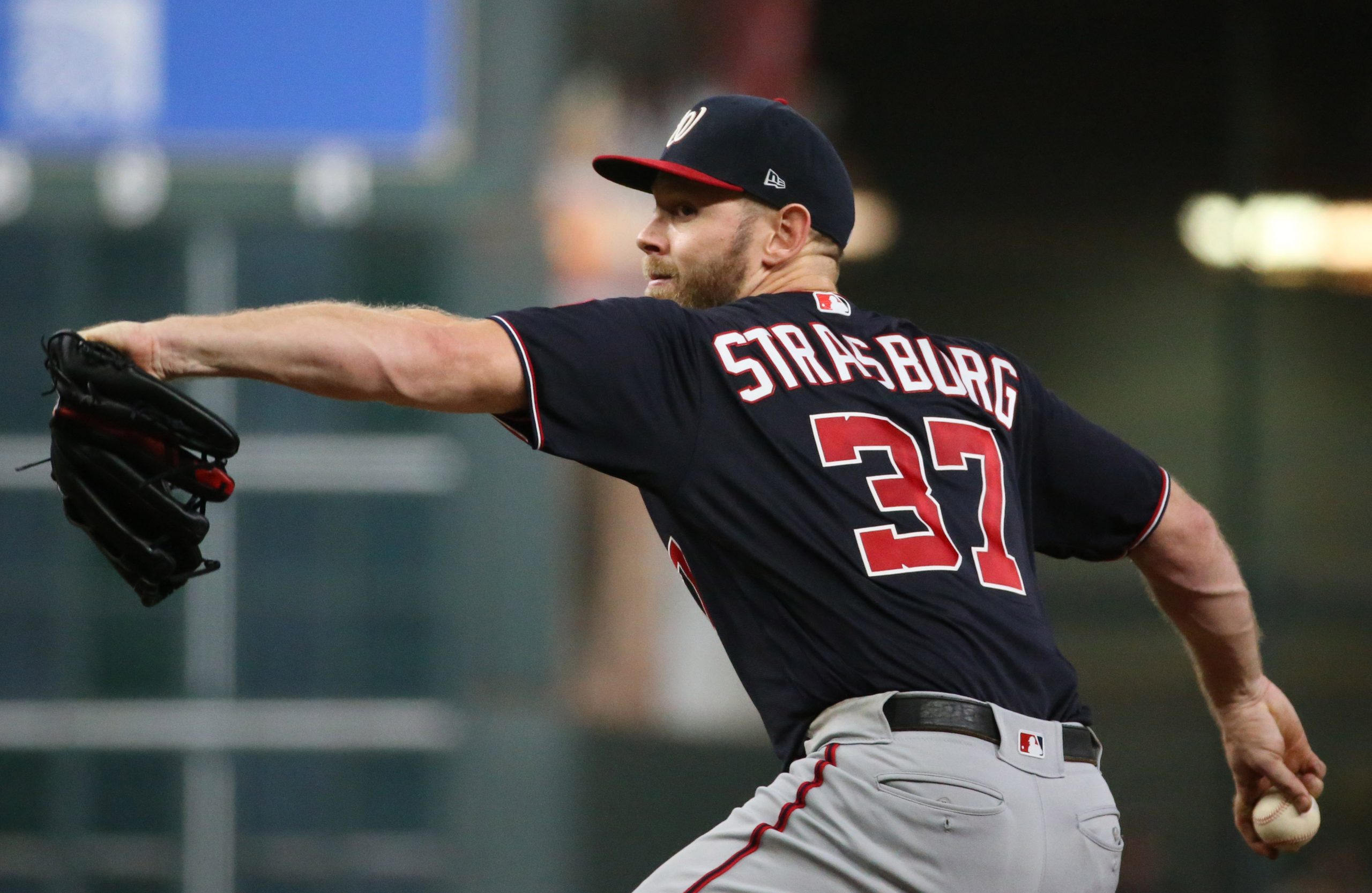 Stephen Strasburg has finally become the prince that was promised

Back in 2009, a Washington Nationals team going nowhere drafted a lanky kid from high school. That number one pick was heralded as the next big thing in baseball, a true pariah. A setback gave his career a detour, and it was unknown if he would ever find his true form.

Flash forward to now. Stephen Strasburg had a career-defining performance in game six of the World Series. His efforts helped the Nationals become World Series Champions. Although he has four years left on his deal, the World Series MVP can opt-out and procure an obscene amount of money in a free agency class that includes Gerrit Cole and Anthony Rendon. The funny thing is it’ll all be worth it.

Stephen Strasburg is finally living up to the hype. How he got to this moment is something to truly reflect on.

Making his debut against the Pirates in 2010, Strasburg struck out 14 and walked zero. He consistently threw over 100 mph, and was striking out players at a record pace. Unfortunately, Strasburg had to undergo Tommy John surgery after only 12 games. He played in five games the next year following the surgery, posting a 1-2 record.

Turning 23 in 2012, Strasburg was finally able to prove how elite he was. In 28 games he had a 15-6 record, a 3.16 ERA and struck out 197 batters. However, due to an innings limit, Strasburg could not help the Nationals in the playoffs. The Nationals lost to the Cardinals in five games in the NLDS that year. GM Mike Rizzo stook to his guns and some may have thought it wasn’t going to pay off.

Protecting Strasburg might have been the best decision he’s ever made, as the pitcher was able to extend his career. Since the 2012 season, Strasburg has posted a 91-48 record with over 1,480 punchouts.

More importantly, at age 30, Strasburg has just hit his prime. This season, he has posted a career-high in wins (18) and strikeouts (251), while also pitching in over 200 innings for the first time since 2014.

“When you have the ups and downs, I think you can learn just as much from the downs as you can the ups,” Strasburg stated to the media after the World Series. “And I think everything happens for a reason. I think I’ve really just become a stronger pitcher through all the adversity that I’ve had to go through.”

Conquering adversity has also made him a postseason hero. In six playoff games, Strasburg had a 5-0 record with 47 strikeouts. Starting two games in the World Series, he went 2-0 with a 2.51 ERA and struck out 14. Strasburg only walked three, two more than all the other postseason games he played in during the 2019 postseason.

Strasburg has grown up before our very eyes. The young phenom had to go through some growing pains in order to become one of the true elite pitchers in the league.

It is unknown where Stephen Strasburg will wind up next if he chooses to opt-out. As a Boras client, history has shown he will. Now, in the prime of his career following a series of clutch performances and a (somewhat) clean bill of health, the prophecy has finally come to fruition.