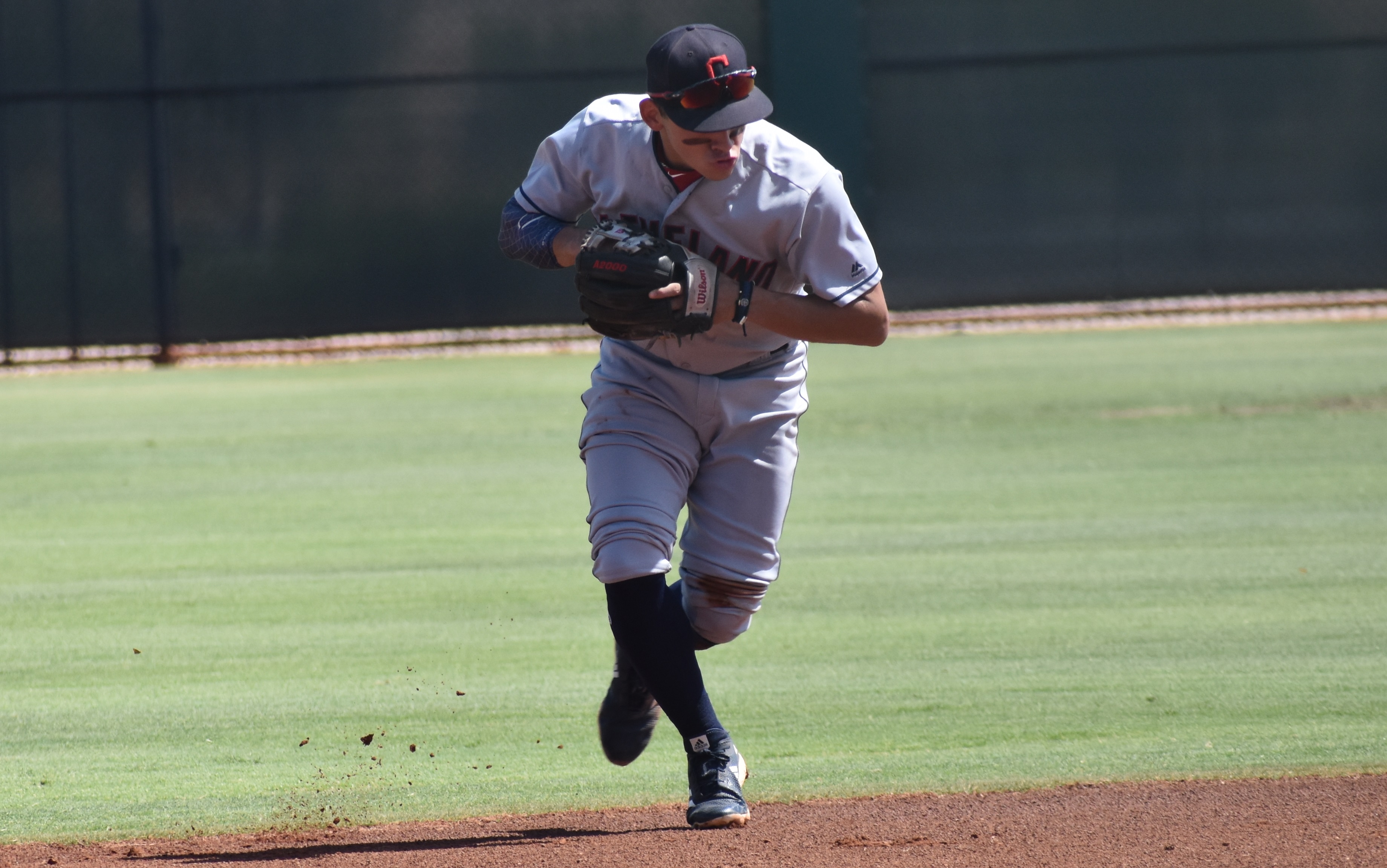 Welcome to the beginning of Burning River Baseball’s Cleveland Indians 2019 prospect rankings! Some websites might rank a team’s top ten prospects while others go to thirty, but we love our prospects so much that we go all the way to 100. The first 25 are listed below with basic information and photos. The next 25 will be coming out tomorrow with short descriptions, then the rest will follow ten at a time until we reach the final ten. In order to be considered a prospect eligible for this list, a player must be under team control by the Cleveland Indians and have zero days of MLB experience.

The players on this page generally fit one of two categories. They are either players with good numbers who are getting too old to be considered legitimate prospects or are players who are extremely young with a high ceiling, but have yet to produce numbers that can solidify that expectation.

Amditis waits for the pitch behind the plate during the 2019 AZL Indians season. – Joseph Coblitz, BurningRiverBaseball

Cooper sits on the dugout rail prior to the start of a 2018 AZL Indians game. – Joseph Coblitz, BurningRiverBaseball

Gonzalez scores a run on a wild pitch against the AZL Cubs during the 2019 season. – Joseph Coblitz, BurningRiverBaseball

Berardi tags out an attempted base runner while on rehab assignment with the 2019 AZL Indians. – Joseph Coblitz, BurningRiverBaseball

Arias warms up to pitch in relief for the 2017 extended spring Indians. – Joseph Coblitz, BurningRiverBaseball