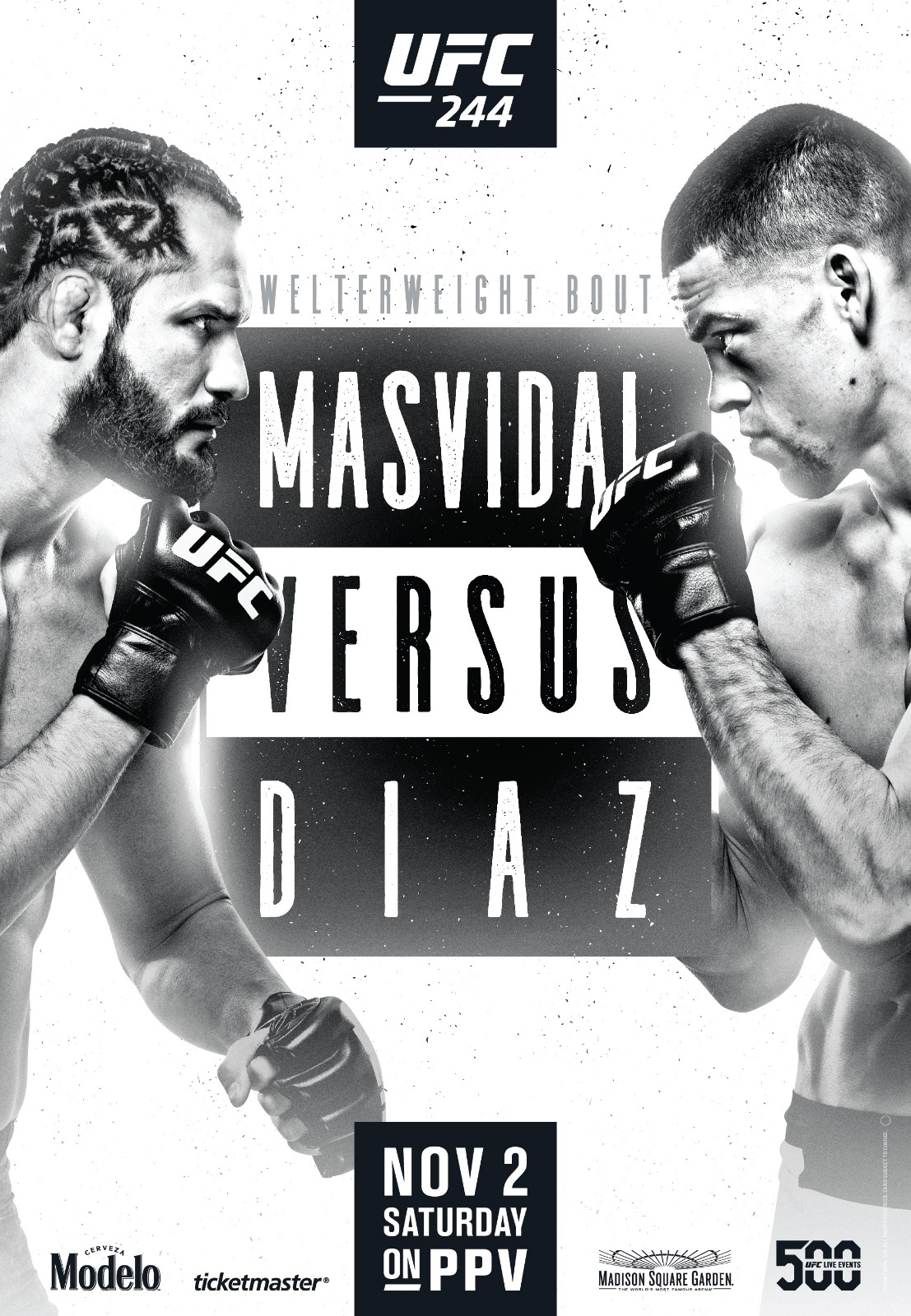 Luke Irwin: One thing I can take to the bank is that unlike the vast majority of his opponents, Masvidal is going to fall for Diaz’s talk or theatrics. Masvidal is there to goddamned fight, and that might even shake Diaz a little. Masvidal is deadly-serious in the cage, and he’s there to throw. Granted, the wild card is always Nate’s submission game, and it is great, but Masvidal isn’t McGregor. He’s faced lots and lots of wrestlers, and has creative defense to stay on his fight. Nate isn’t really a takedown guy, his game comes from scrambles, clinches, and other unorthodox ways. I think Jorge stays upright enough to bank some points, with both guys getting some monster shots in, but their inhuman chins keep them upright for an easy FOTN bonus. Masvidal via SD.

Luke: I think this is fairly cut-and-dried. Gastelum is most likely going to be tight on Till like a cheap suit for the better part of fifteen minutes. Gastelum is such a bear, and unless you’re as strong as him (Weidman, Woodley), or have a striking/defense game to keep him at bay (Adesanya), you’re going to be looking at the lights. Gastelum via R2 TKO.

Luke: When two dynamic strikers meet up, they either have a virtuoso clash, or they’re both so incredibly tentative and gunshy to not be posterized that it’s a few missed jabs and teep kicks. With Thompson involved, I’m guessing the latter. Luque via SD.

Luke: I’m picking Lewis here, and I have no idea why. Call it a hunch, call it me being a shitty analyst. Ivanov is more talented than Lewis in every way, but I just see Lewis winding up and landing a Hail Mary shot after taking some punishment and maybe catch Ivanov napping. Lewis via R3 KO.

Luke: When Gillespie fights, he either ends it by knockout or arm-triangle choke. And, with Lee *checks notes*, he’s just coming off of an arm-triangle loss. Huh. Well, then. That has to be intentional matchmaking. That can’t be an accident. It’s fate! Gillespie via R2 submission.