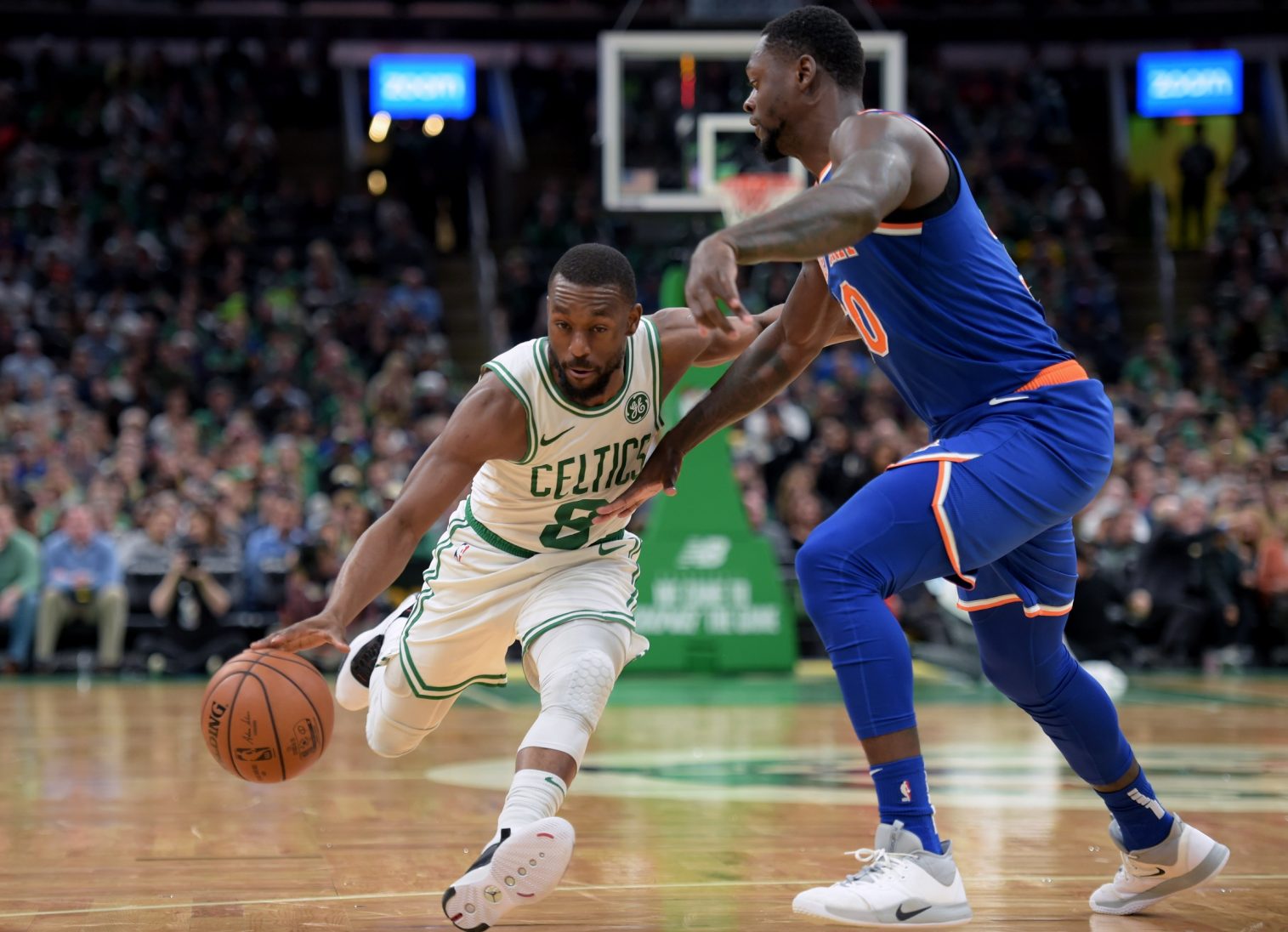 Last night’s game was a lot closer for the Boston Celtics than it should’ve been against the New York Knicks. I won’t go so far as to say it was alarmingly indicative of bad trends that will continue, and there were notable ailments to Jaylen Brown (illness), Enes Kanter (knee) and Robert Williams (some kinda bursitis). But it’s frustrating to have to work that hard to win against a team entirely made out of inefficient power forwards, coached by an extraordinarily entertaining but possibly basketball-dumb man in Dave Fizdale.

Anyway, let’s cover some things from the contest that seem like they are signs of things to come:

1. Jayson Tatum is gonna be fine, missed layups be damned.
Yes, Tatum has missed a bunch of shots around the rim in these first few games, and yes, he missed a couple of bunnies last night as well. But the way folks were talking about it—Celtics fans, haters and neutral observers alike—you’d think he turned into an Andrew Wiggins-esque pumpkin for good. (Which was, in fact, the joke more than a few people made. I, dear folks, am not amused.)

His efficiency has also been trending in the right direction since opening night, more or less. Last night he went 9-17 (approx. 53%), which includes 4-8 from deep, an area from which he appears lethal (just under 49%). And when Tatum took that last-second right-step jumper, it didn’t look like last season’s Kobeball crap. I said to myself, “Yeah, that’s going in,” and it did. Think we’re in for a long stretch of moments like that, y’all.

2. The Ojeleye Factory, meanwhile, may be in jeopardy.
I cited a tweet regarding Semi Ojeleye’s clunky minutes last night in the Rapid Recap, but should probably double down on it here because BOY HOWDY did things look rough at the factory. His 2 points last night were at the stripe, having missed his two attempted threes. Complete goose eggs across all other counting stats, and when you’re playing 16 minutes at a big man position and can’t collect some boards, it’s bad. This ain’t gridiron football defense. You gotta MOVE, man.

3. Theis is, in fact…nice.
While not in on much of the team’s scoring, Theis acquitted himself well in the starting spot and tied with Tatum for a team-high +12 (alongside 5 points, 8 boards and 4 blocks). Most of all he looked more assertive than he has…perhaps ever, such as when he did this:

4. The Boston offense doesn’t (currently) do well when injuries occur.
The Celtics as currently constituted don’t lack depth per se, but that depth is rookies of one kind or another. As good as Grant Williams was last night (10-4-1, plus a lot of small-ball center screen-setting and other fundamental work that didn’t necessarily show up in the box score), Carsen Edwards may be slightly more a project than we initially expected, Romeo Langford ain’t healthy yet and I still don’t really know what Vincent Poirier really is or does. Brown and Kanter being out was much more of A Thing than I thought it’d be.

Then again, there’s plenty of time left in the season and no telling how quickly the young fellas might pick up speed. But any further injuries during this road-heavy November schedule might be particularly troublesome. Now, last but not least…

5. The Kemba Show is a hell of a show
I was pretty sure Walker’s offensively difficult Celtics debut was a total fluke. It took him the first four games of the season, including that opening dud, to score the most points in franchise history through such a period, and he compounded it with his third consecutive 30-point-plus game last night.

Walker is also, barring that Philly game, an obvious closer, which has been a necessary component of Brad Stevens’ offensive systems since 2014-15. There’s clear competitive fury in his penchant for taking charges and breaking ankles with aplomb, and it could take the Celtics further than we may have imagined at the outset of this season.