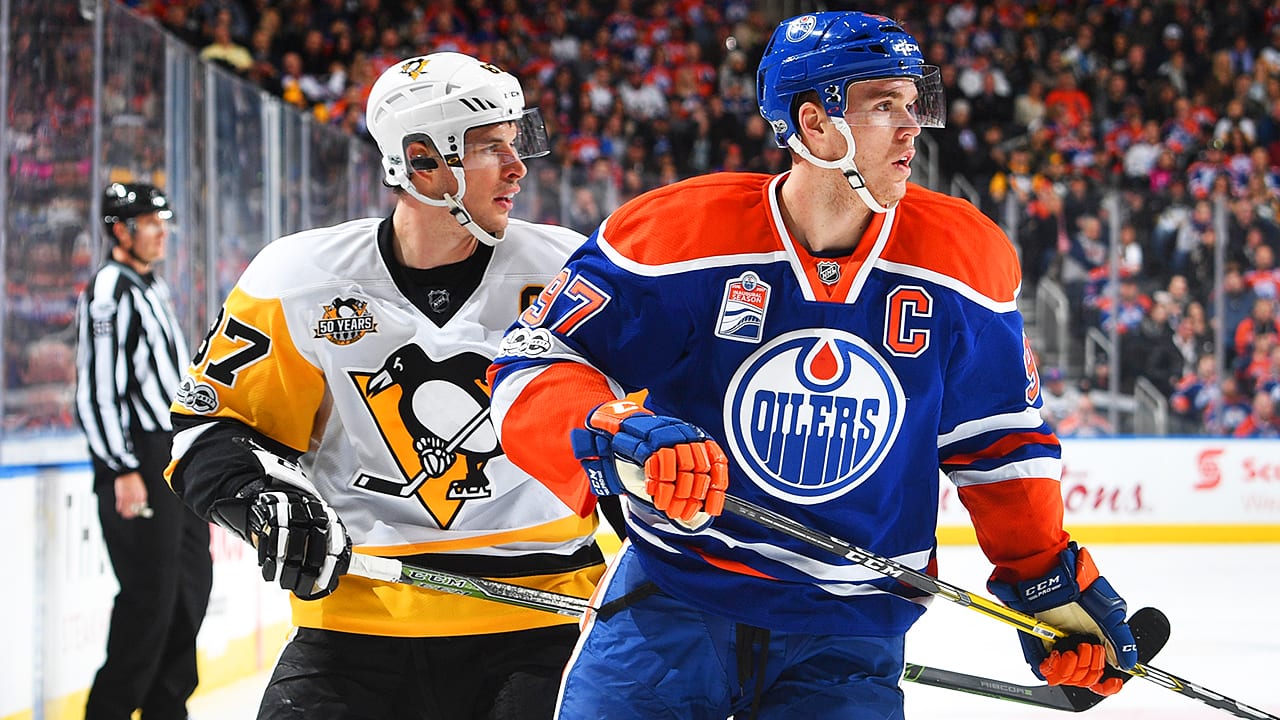 The Edmonton Oilers conclude a three-game road trip this afternoon with a matinee battle in Pittsburgh. Coming off of a dominant win in Columbus on Wednesday, the Oilers are looking to close this trip with a strong 2-1-0 record and return home in a playoff spot. This will be a very good test for the Oil.

It’s the first of two meetings on the season between these two. They’ll finish the season series at Rogers Place on December 20th. The matchup within the matchup here, of course, is Sidney Crosby Vs. Connor McDavid. McDavid has dominated when it comes to head-to-head scoring, but Crosby has gotten the last laugh.

Mike Smith starts for the Oilers, while Matt Murray gets the nod for the Penguins.

Edmonton: Attention to detail will be vital for the Oilers this afternoon. The Penguins might have been banged up early in the season, but they are still one of the most dangerous teams in the league. They’ve scored seven goals in four different games, becoming the first team to do that in October since 1992. The Oilers have to be on their game this afternoon to have a chance at two points.

Edmonton: Connor McDavid has ten points in six games head-to-head against Sidney Crosby. When these two meet, McDavid rises to the occasion. Leon Draisaitl has the spotlight right now, so I expect McDavid to take it back in a marquee matchup against Crosby. He’s poised for a big afternoon.

Pittsburgh: Evgeni Malkin returns to the Penguins lineup after nearly a month on the shelf. Malkin has played in just two games this season, but was activated off of IR yesterday in advance of today’s game. He’s a dominant forward with speed, size and skill. He’ll be a pain for Edmonton to handle.

With Joel Persson back, the Oilers assigned William Lagesson to AHL Bakersfield earlier this week. To replace him, the club recalled Colby Cave. Riley Sheahan, who left Wednesday’s game early, skated yesterday and is expected to play. Brandon Manning, Cave and Tomas Jurco will be scratched.

As mentioned above, Malkin is back for the Penguins this afternoon. He’s not the only player returning from injury. Both Bryan Rust and Nick Bjugstad also recently returned from the IR. All three will play this afternoon. Among new faces, Alex Galchenyuk joined the team in June in exchange for Phil Kessel.

This matchup has been extremely tight in the last three seasons, but it hasn’t been kind to the Oilers. The Penguins are 6-0-0 in the last six meetings. Five of those victories, however, were one-goal victories. The lone multi-goal win came at PPG Paints Arena a season ago by a final score of 3-1. The Penguins scored an empty net goal to cement it.

As mentioned above, McDavid has had a lot of individual success against Crosby. He’s scored three goals and added seven helpers for ten points in just six games. Crosby, meanwhile, has just four points (2-2-4) in those six games. Of course, one of those goals will be on highlight reels forever.