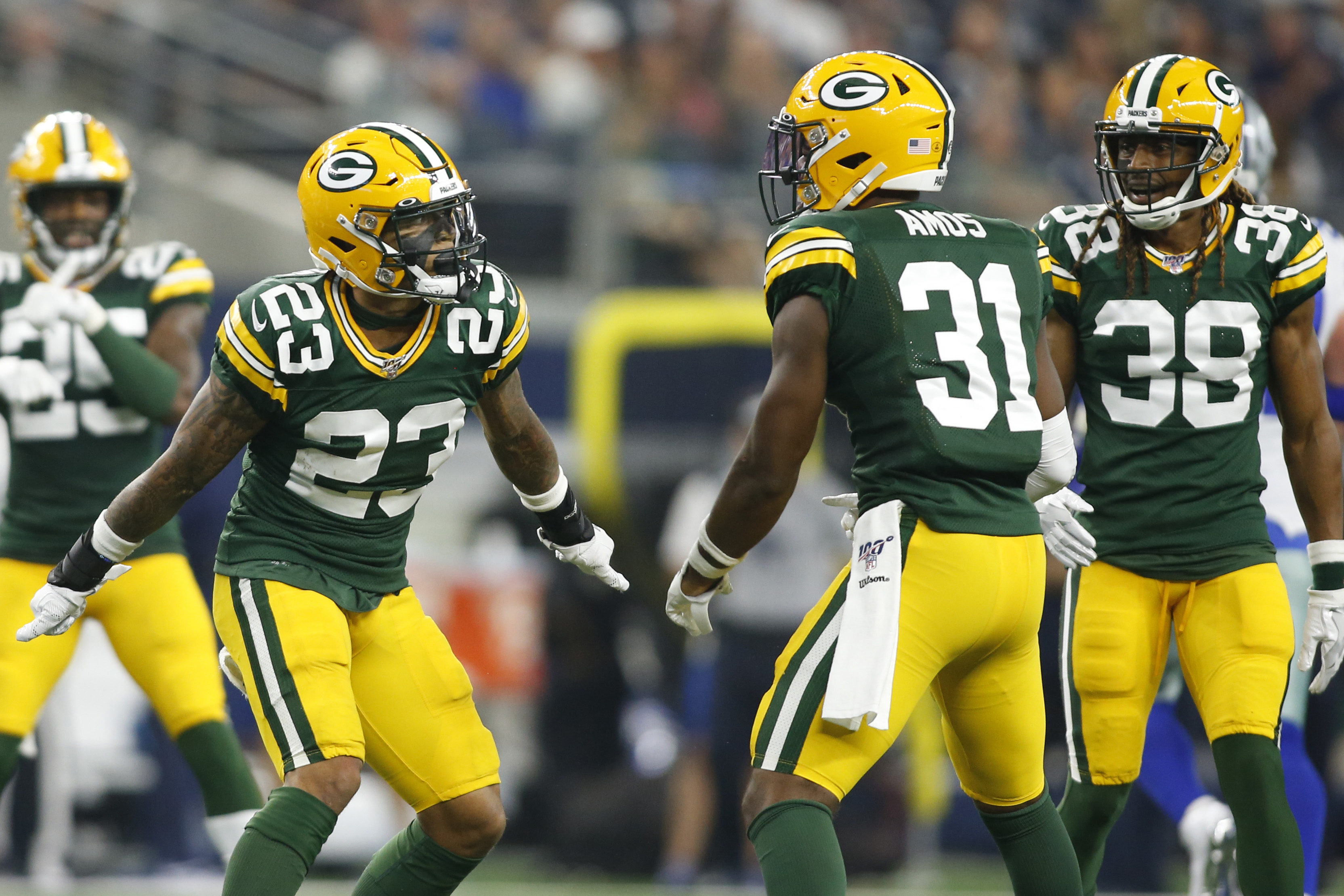 The Green Bay Packers head west to take on the Los Angeles Chargers in a Week 9 interconference battle. The Packers are 7-1 at the halfway mark of the season and are in first place in the NFC North while the Chargers are a disappointing 3-5. The Packers are coming off a 31-24 win over the Kansas City Chiefs while Los Angeles edged the Chicago Bears 17-16 last week in Chicago. This is Green Bay’s final meeting with an AFC team during the regular season. The Packers are 3-0 in games against AFC opponents thus far in 2019.

The Packers and Chargers have met 11 times since the series started in 1970 with Green Bay holding a 10-1-0 advantage in the series. The Packers have won the last seven meetings between these two teams.

Here is a look at the six key factors that will determine who wins Sunday’s game in Los Angeles:

The Chargers defense is stronger against the pass than it is against the run. Los Angeles is ranked 23rd in the league against the run, allowing 122.8 yards per game. In addition, the Chargers defensive line is banged up entering this game. Defensive tackle Cortez Broughton is out due to an illness while DTs Justin Jones (shoulder) and Brendon Mebane (knee) are listed as doubtful.

The Packers interior offensive line has done a very good job of run blocking in recent games, especially when it counted at the end of the Chiefs game. Corey Linsley, Elgton Jenkins and Billy Turner should have an advantage blocking inside and the Packers duo of Aaron Jones and Jamaal Williams should be able to run the football against the Chargers vulnerable front seven. This should help set up play action passes by Aaron Rodgers.

2. Get Pressure on Philip Rivers

Chargers quarterback Philip Rivers is an experienced veteran who has had a very productive career. Rivers will be 38 in December and the NC State alum is not known for him mobility.

The Packers should be able to get some pressure on Rivers to keep him from getting into a throwing rhythm. The last time these two teams met in 2015, Rivers had a field day against the Green Bay defense, throwing for 503 yards and two touchdowns.

The Packers duo of Za’Darius and Preston Smith must get some pressure on Rivers because he is still capable of picking apart a defense even at this stage of his career.

Rivers has been sacked 14 times in eight games thus far. Although the Chargers got star offensive tackle Russell Okung back in the lineup last week, it is not clear if he is 100 percent healthy and the Packers could try to exploit that during this game.

3. Contain Keenan Allen and Austin Ekeler in the Passing Game

Allen remains the Chargers most dangerous target and the Packers must find a way to slow him down. Four years ago, Allen torched the Packers for 14 catches and 157 yards at Lambeau Field.

Allen is on pace for 102 catches and more than 1,200 yards and is in the prime of his career. It will be up to Jaire Alexander and Kevin King to prevent Allen from making splash plays against the Green Bay defense.

Ekeler is a dangerous receiver out of the backfield and is tied with Allen for the team lead with 51 catches on the season. The Packers have struggled to cover fast running backs in the past and must find a way to prevent Rivers from using Ekeler as a check down receiver who can pick up key first downs and keep drives alive.

4. Spread the Ball Around

The Green Bay offense has worked well over the past four weeks without Davante Adams because Rodgers has spread the ball around and found the open receiver. Whether it’s Jones and Jamaal Williams out of the backfield, Marquez Valdes-Scantling deep downfield or fullback Danny Vitale in the flat, Rodgers has done a great job of finding the mismatch and exploiting it.

Adams may be back in the lineup Sunday and will be a game-time decision. If he does return, the Packers should bring him back slowly and not try to ask too much of him too soon.

Los Angeles will be without safety Derwin James and his absence has hurt the Chargers defense badly in all facets of the game. Former Packer Casey Hayward will try to slow down the Packers outside receivers.

The Chargers defense is ranked 6th in the NFL in passing yards allowed per game, so Rodgers must be efficient and effective Sunday.

Joey Bosa leads the Chargers with seven sacks on the season although no other player has more than 2.5.  Both of Green Bay’s starting offensive tackles, David Bakhtiari (rib) and Bryan Bulaga (finger) left last week’s game due to injuries. Bulaga was limited in practice Friday but is expected to play.

The Pack must stop Bosa from getting to Rodgers who has done a very good job of throwing the football in recent weeks.

Rodgers has been taking shorter passes and allowing his receivers to do a lot of damage after making the catch. This strategy is most effective when he has enough time to throw.

Don’t be surprised if the Packers use TE Marcedes Lewis to chip Bosa and give both tackles some help depending on where the former Ohio State star lines up.

If Rodgers has time, he should have another good game.

The Packers bend but don’t break defense relies on stopping opponents in the red zone and forcing them to settle for field goals. They have also exceled at creating turnovers with 14 in eight games. The Packers are a plus-seven in turnover differential, good for the third best margin in the league.

The Chargers are a minus-three in turnover differential which places them in the bottom half of the league. If the Packers can win the turnover battle, they stand an excellent chance of winning the game.

There are two wild cards in this game. First, the Chargers fired offensive coordinator Ken Whisenhunt after last week’s win over Chicago. Expect Los Angeles to try to run the ball more this week, something they have struggled to do all season despite the talented duo of Melvin Gordon and Ekeler.

Second, although this is a Chargers home game, expect a lot more Packers fans in the stands than people rooting for the home team. This is something the Chargers are used to since they moved from San Diego last season, but it should create an interesting dynamic and give the visiting Packers some moral support.

Although the Chargers are 3-5, they are still a talented team that has underachieved and been felled by injuries. This won’t be an easy game for the Packers, but they should find a way to win it if Rodgers performs as well as he has in the last four weeks.