Three takeaways from Isles 5-2 win over the Lightning 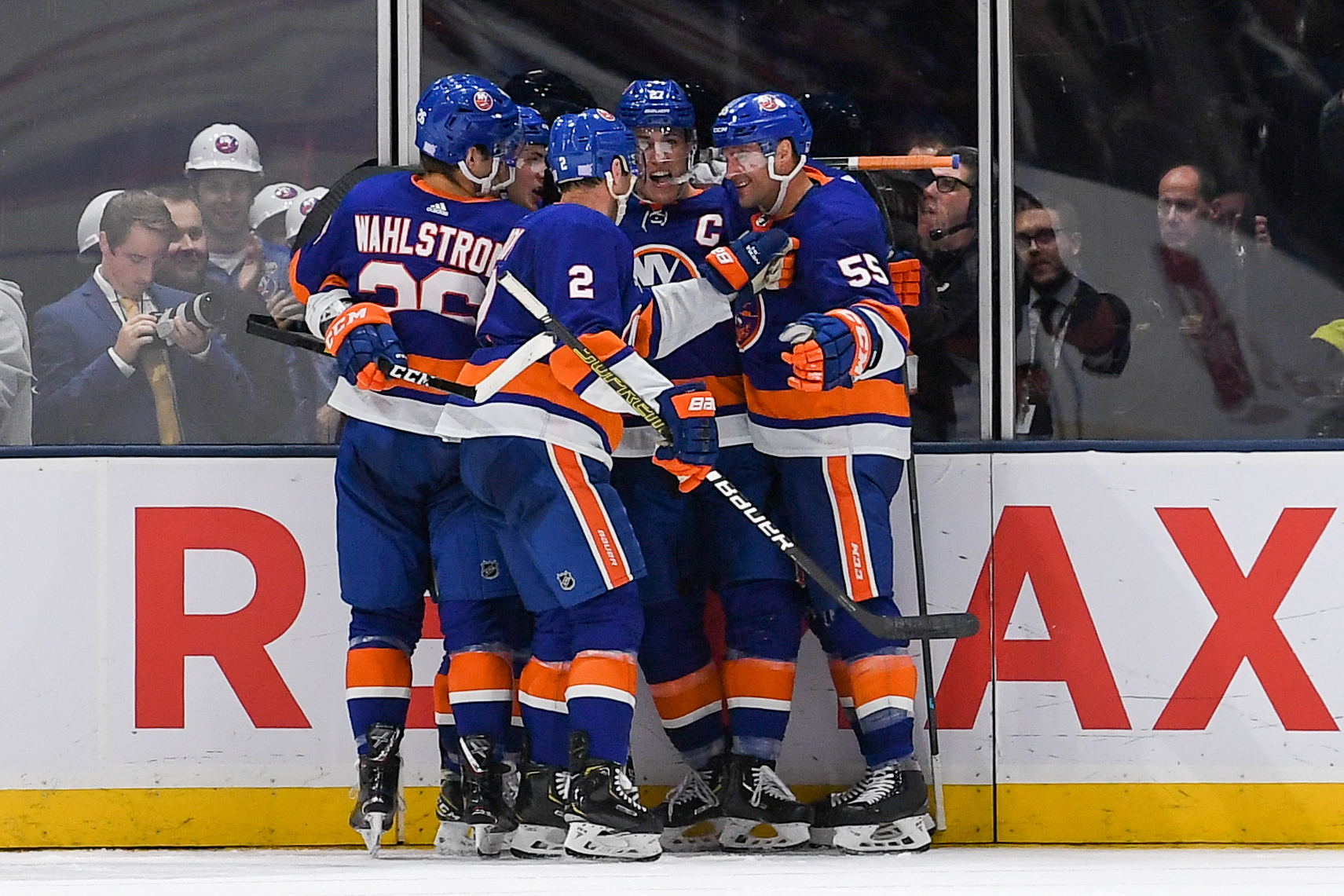 Three takeaways from Isles 5-2 win over the Lightning

UNIONDALE, N.Y. — The Islanders captured their eighth consecutive win on Friday with 5-2 victory over the Tampa Bay Lightning.

Mathew Barzal recorded his team-leading sixth goal of the season and Anders Lee had a goal and two assists. Ryan Pulock, Josh Bailey and Derick Brassard also scored for the Islanders, and Thomas Greiss made 33 saves.

The only goals Tampa Bay scored came from Yanni Gourde and Ryan McDonagh.

The Islanders gave the Islanders what they needed in net on Friday. The 33-year-old goalie made 33 saves on 35 shots in his fourth consecutive win this season. At 5-1-0 in his first six starts, Greiss is off to a great start this season with a 2.15 goals-against average and a .933 save percentage.

Both of those stats are fifth-best in the NHL early in the season.

“Tampa put some big pressure on us tonight. They had a lot of good chances,” Barzal said. “Whether it’s Greiss or (Varlamov) we feel confident in both of them. They both shut the door this year so far. It’s been a great tandem and our defense did a great job tonight too just blocking shots.

“Taking away some good opportunities, but at the end of the day Greiss and (Varlamov) have been awesome for us.”

The Islanders defense stepped up in a big way too, shutting down some of the passing and shooting lanes. They blocked 21 shots when all was said and done on Friday night.

New York had to also withstand some early pressure from the Lightning, which has been averaging 3.42 goals per game.

“Greiss made some huge saves and some big kills there too. After their pressure, we were able to pop one in there. I think that deflated them a little bit,” Lee said. ”

Isles staying focused on their game, not winning streak

Islanders head coach Barry Trotz seemed as unfazed as anyone after the Islanders had picked up their eighth straight win. It is the longest win streak in the NHL at the moment and the team’s longest since the 1989-90 season, when they won nine in a row.

But there was Trotz just as straight-faced as ever when asked about his team consecutive victories.

“They played well. We don’t really think about stuff like that,” Trotz said. “We just think about moving on to Buffalo. We look at the challenge right ahead of us and that’s what we’re doing.”

"Lee has been a beast the last few games and Bails is one of the smartest players around, so they're making it easy on me." – Mat Barzal pic.twitter.com/taxvNGYS1g

The keys to the Islanders’ recent success appears to be quite simple. The Islanders have been getting contributions from top to bottom and in every aspect of their game.

“Just a total team effort,” Bailey said. “I think it starts from the goaltending out. They’ve been great for us and I think just overall as a team we’ve found a way to win games. We haven’t played great in every game by any means, but we found ways to win.

“I think a lot of that accounts for guys just doing their jobs. I think there’s an onus on each guy to go out there each night and do what’s expected of them, no matter what their role may be.”

The Islanders hadn’t played a game since last Sunday prior to their win over the Lightning. That’s four straight days without hitting the ice for an actual game.

It was the second week in a row that the Islanders have had that kind of extended layoff. The Islanders defeated the Arizona Coyotes 4-2 last Thursday after being dormant for four days.

“I think it speaks to the attitude,” Trotz said about the team’s success after the long breaks. “This is a really good group. They’re good pros. They understand you can lose a little bit. They practice really well and it translates into the game, so when we do have breaks I don’t think we’re missing as much.”