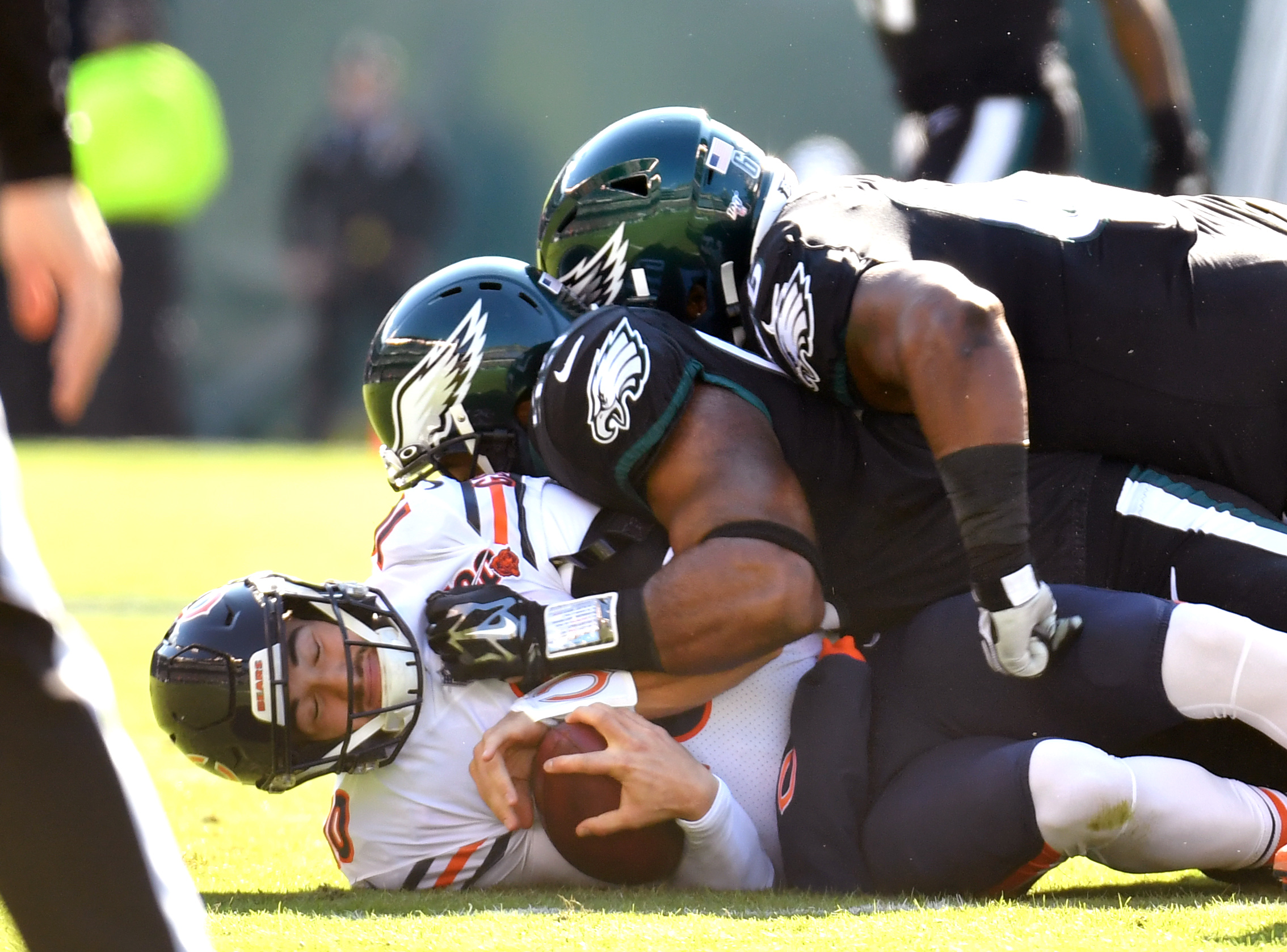 It’s fair to wonder if the Bears are considering moving on from No. 2 overall pick Mitchell Trubisky in the future, as he’s been awful this season.

Trubisky has been prone to turn the football over, and he’s just not seeing the field well. He’s making the same mistakes he made when he first entered the league, with a poor pocket presence, and just not being able to consistently command the offense. Not only that, the game simply has not slowed down for him, and he just looks lost on the football field, more often than not.

The Bears’ offense has been hindered as a result. Chicago may have a number of offensive playmakers on its roster, and an offensive-minded head coach in Matt Nagy, but Trubisky’s regression has really hurt them. Look how bad they were in the first half of Sunday’s game against the Eagles. A chyron showed that with five minutes remaining in the half, the Bears mustered only one (!) yard on offense.