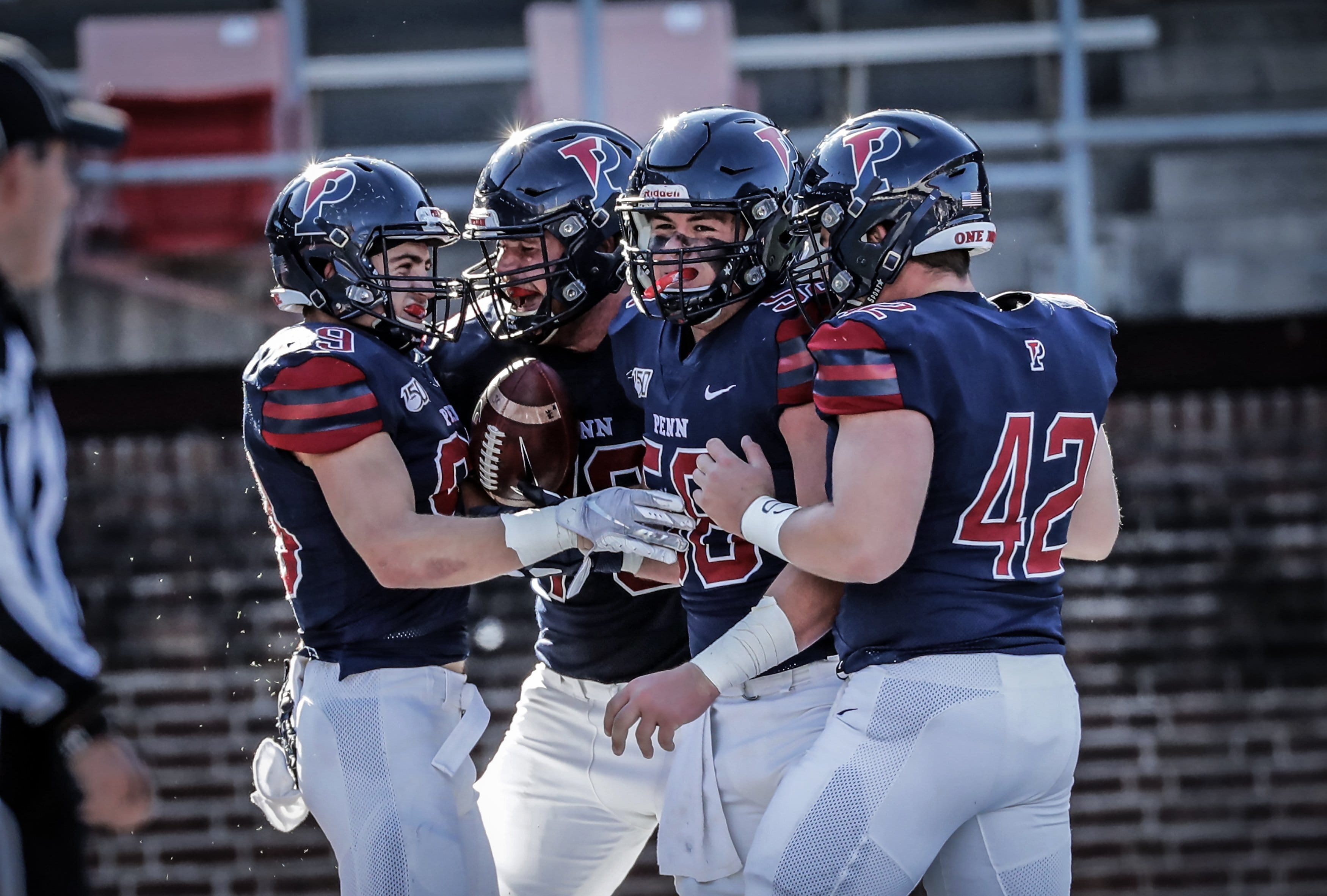 The Penn Quakers defeated the Brown Bears 38-36 in a roller coaster of a football game on Saturday afternoon at Franklin Field, which ended with a game-winning field goal from sophomore kicker Daniel Karrash.

With the result, Penn picked up their first win of the season in Ivy League play.

Despite having never attempted a field goal with the Quakers, Karrash had his number called with five seconds left in the game from 22 yards out.

Before Karrash’s heroic first field goal, Penn and Brown played a back and forth contest. Brown junior quarterback EJ Perry was explosive as usual with 117 yards on 24 carries.

He also threw for 225 yards and a touchdown but was sacked eight times.

“EJ is an extraordinarily tough player who’s hard to tackle, and he’s a terrific passer, so he helps us a lot,” Brown head coach James Perry said.

“I’m proud of EJ. He’s a great practicer, just a great kid. It is truly fun for me to see him get better each week. I have no doubt, he’ll take preparation very seriously against Yale.”

At halftime, Brown trailed Penn 21-19, but the start of the third quarter began the Brian O’Neill show.

The Quakers’ junior linebacker recorded a sack on the first play of the third quarter, before intercepting a Perry pass on third down.

“One of their top pass plays is a mesh concept where the two wide receivers cross the middle of the field. I was reading the quarterback’s eyes, and as soon as he extended his arm to throw, I just broke on the ball,” O’Neill said.

The Quakers went on to score on their first offensive play of the quarter with a Nick Robinson touchdown strike to sophomore wide receiver Rory Starkey.

However, on Brown’s next offensive possession, senior linebacker Hunter Hayes forced a fumble, which O’Neill picked up and ran to the end zone.

O’Neill finished the night with another interception on the last play of the game. His final stat line was six tackles, two sacks, two TFLs, two interceptions, a fumble recovery, and a defensive touchdown.

An interception, a fumble recovery and a defensive touchdown… all in back-to-back series for Brian O'Neill! pic.twitter.com/sj5QANDo1y

“We always talk about momentum,” O’Neill said after the game. “Big plays, big turnovers like that really change the momentum of the game.”

Along with Emili, Junior defensive lineman Benji Mowatt added two sacks and a forced fumble. While Jake Heimlicher, Zach Evans, Jason McCleod, and Hayes all recorded half a sack each.

“All those guys really get after it. We ran a bunch of stunts up-front to really get in the quarterback and offensive coordinator’s head, and it paid dividends,” O’Neill explained.

“This whole week, we’ve emphasized the quarterback spy and a couple of different things to keep him contained in the pocket, and with eight sacks you’ve got to keep doing it,” he said.

On the offensive side of the ball, the Quakers were without superstar running back Karekin Brooks, who was dressed but did not see any action.

This season, Brooks has 761 yards and eight touchdowns. In his place, senior wide receiver Abe Willows carried a majority of the rushing load with 16 carries for 63 yards and two touchdowns.

“Early in the season, Abe had an injury coming out of camp that really never resolved itself. He’s always been a talented young man so it was great to have him step in and run the ball very successfully.” Priore said.

“He (Brooks) had a couple of injuries coming out of the game last week, and he tried to go this weekend,” Priore explained. “We didn’t think in the long-term it would be a good decision to put him out there. I’m hoping this week he’ll be back to full force.”

Next Saturday, hundreds of alumni will pack into Franklin Field to see if the Quakers can continue their winning ways over Cornell during Homecoming weekend.