Should Derick Brassard stay on the wing? 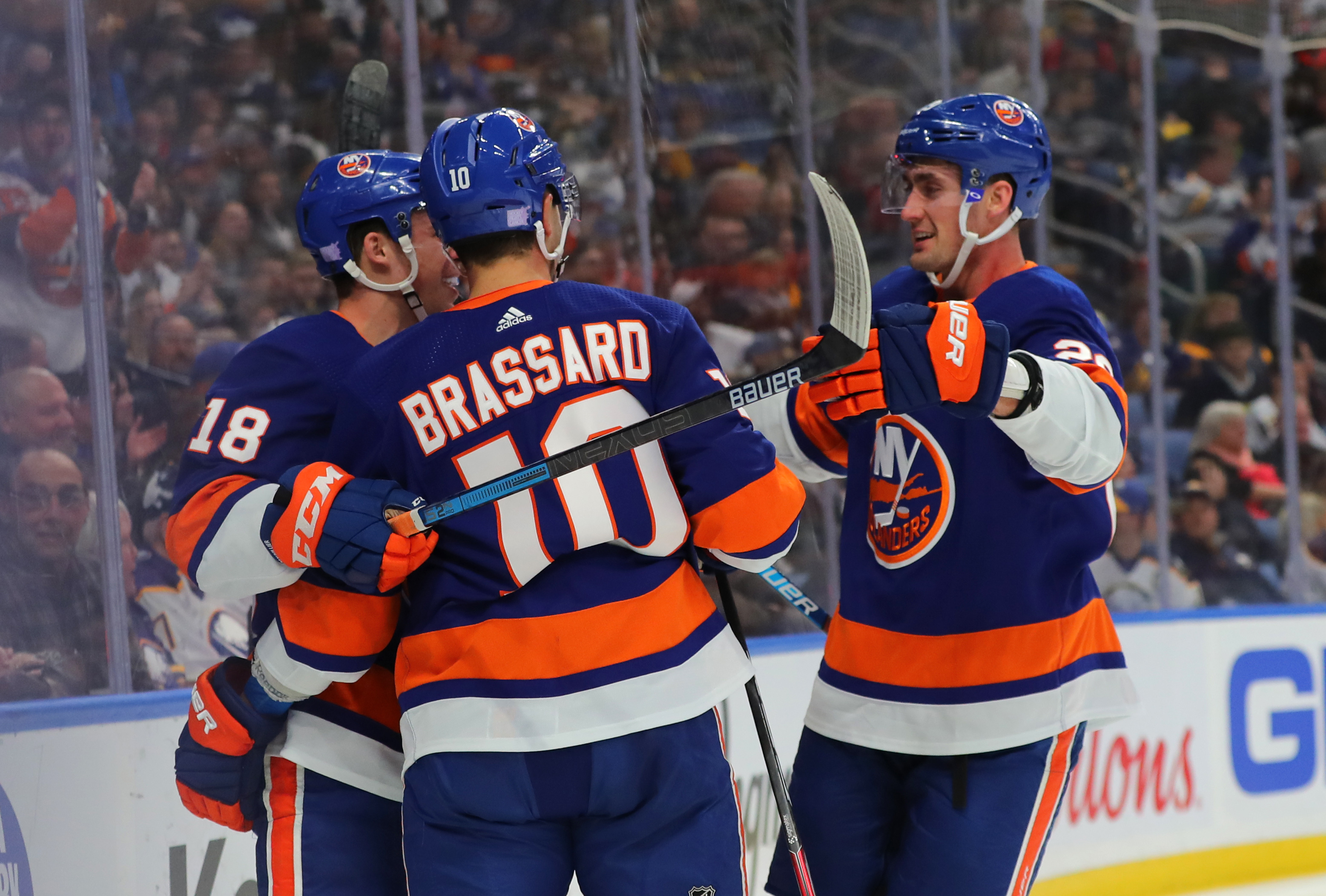 Should Derick Brassard stay on the wing?

BUFFALO, N.Y. — It’s becoming increasingly hard to imagine Derick Brassard going back to center the more he plays on the wing.

The veteran forward has scored in five consecutive games after notching the only goal in the Islanders’ 1-0 win over the Buffalo Sabres on Saturday. Brassard has seven points (five goals, two assists) through 13 games with the Islanders, with all but one point coming over the last five games.

The rise in production coincided with his move to the wing. Now, is it a coincidence? Probably not.

The move to the wing has changed Brassard’s mindset on the ice, something he even said himself after the Islanders’ ninth straight win.

“When you play in the middle there’s obviously a lot more things you have to think about on the ice,” Brassard said. “When you play the wing I feel like my mindset changed to alright now I can score and make plays. I think the first five games of the season I was just thinking about let’s not get beat. I want to play on the right side of the puck.

“I can still do that on the wing, but I think my mindset totally switched when I went on the wing.”

The initial decision to move Brassard to the wing came out of necessity. The Islanders have been ravaged by injuries early on in the season and head coach Barry Trotz has had to shuffle lines around.

Brassard had played wing before this season with the Islanders, but his experience had been limited. However, whether it was luck or something that Trotz saw, the move has clearly paid off.

Playing on a line with Anthony Beauvillier and Brock Nelson likely doesn’t hurt either. “We have good chemistry and those two guys have been outstanding,” Brassard said.

“Let’s just play, that’s the only thing I’m worried about,” he said.

But it’s a decision that Trotz knows will be coming at some time in the future. When the time comes the Islanders coach is keeping an open mind.

“I may just go in a different route. (Jordan Eberle) has been out a while, so I don’t think I’m going to put him right back and ramp his minutes right up,” Trotz said. “I think it would be wise in terms of the injury that he has to get his minutes at a decent rate and let his play dictate from there.”