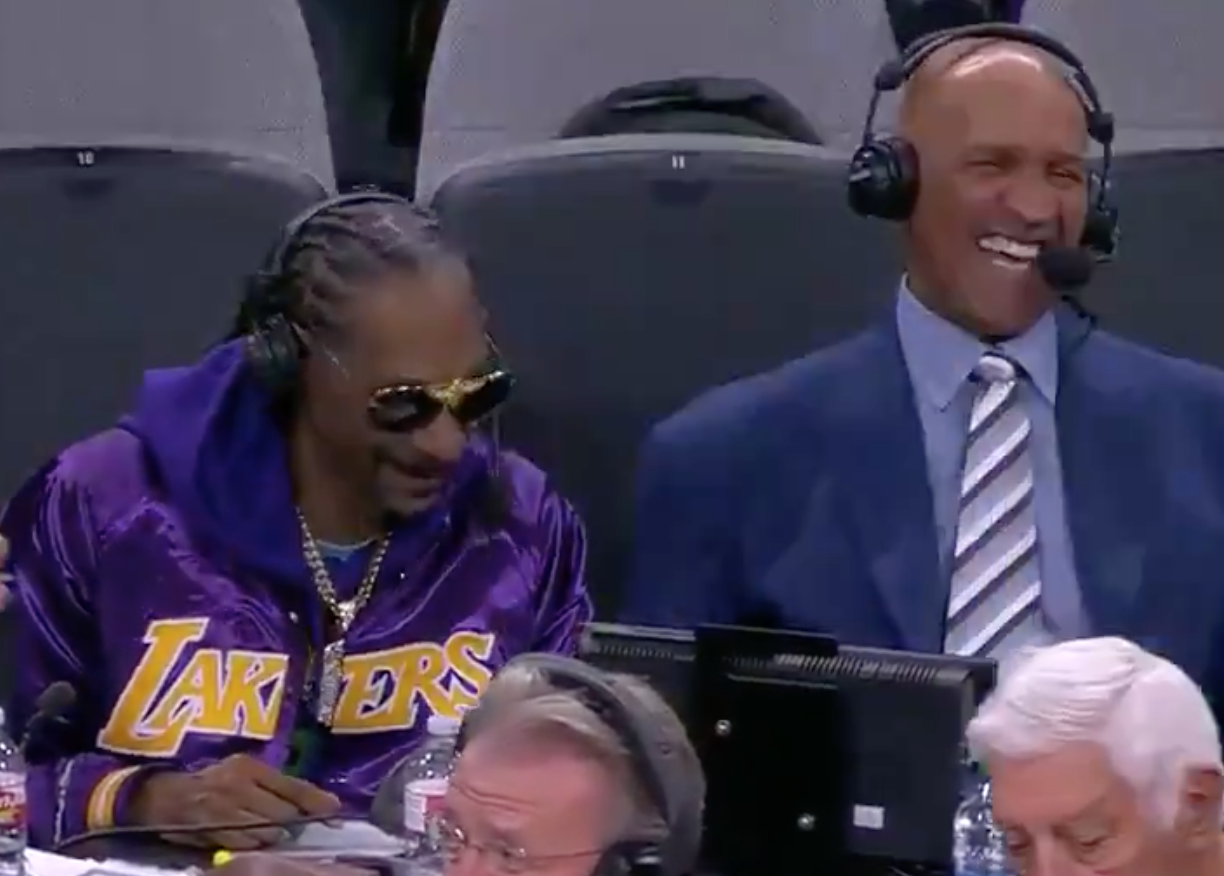 Los Angeles is home to many celebrities and musicians, so when the Lakers and Clippers play their games at the Staples Center, the stars tend to come out for the action — especially if it’s on the weekend.

Sunday’s Lakers-Spurs game wasn’t played at home, but one of Los Angeles’ biggest celebrities was at AT&T Center. Rapper Snoop Dogg was in the building for the big game, as he’s currently touring, with his next date scheduled for Tuesday in Dallas.

As such, Snoop was invited into the broadcast booth for the game, and he even provided some commentary at one point.