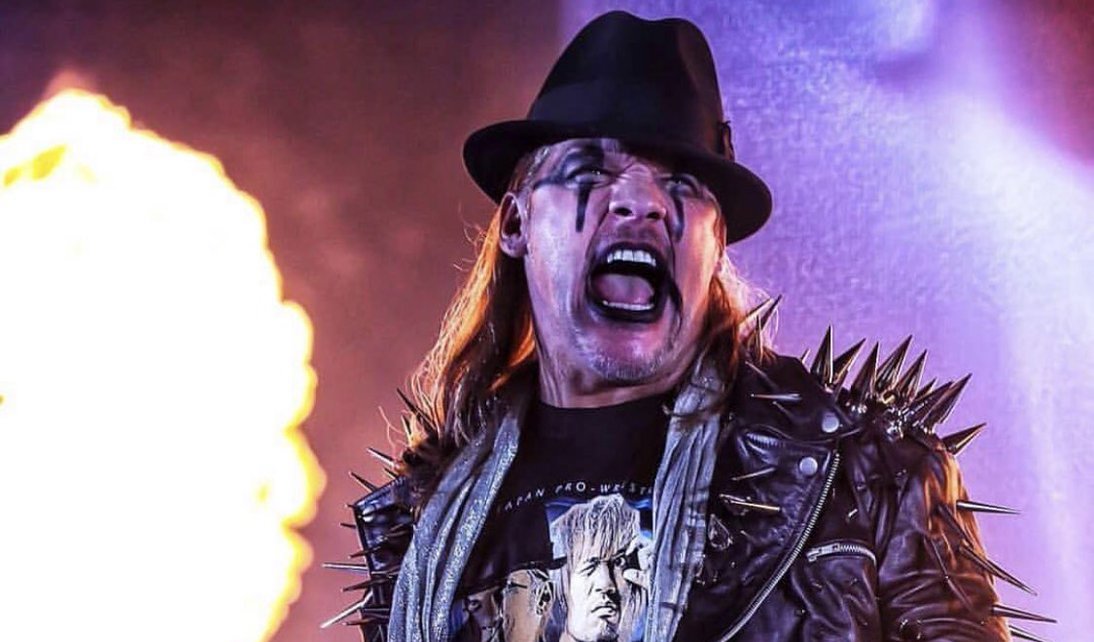 The lights went out and a video depicting someone beating down several men appeared on the big screen. When the camera panned back, it was Jericho in his Painmaker persona.

The Ace Hiroshi Tanahashi vs. The Pain Maker Chris Jericho at Wrestle Kingdom 14 on January 5!!

Jericho said it would be Tanahashi's last match!!

Jericho challenged Tanahashi to a match on night two of the Wrestle Kingdom event, which will take place on January 4-5 2020, in the Tokyo Dome. Tana answered by saying he had nothing to do that night, thus accepting the challenge.

This marks the NJPW return of Jericho, whose last New Japan appearance came on June 9 at Dominion. Jericho fought Okada that night in an unsuccessful bid to become the new IWGP champion.

Jericho is still the AEW World champion of course and his next title defense will come at Full Gear on Saturday, November 9. Chris will face Cody Rhodes in a match that many AEW fans believe will see Jericho drop the title. The two men have been feuding over the past several weeks, with Cody battling back against Jericho and his cohorts in The Inner Circle.