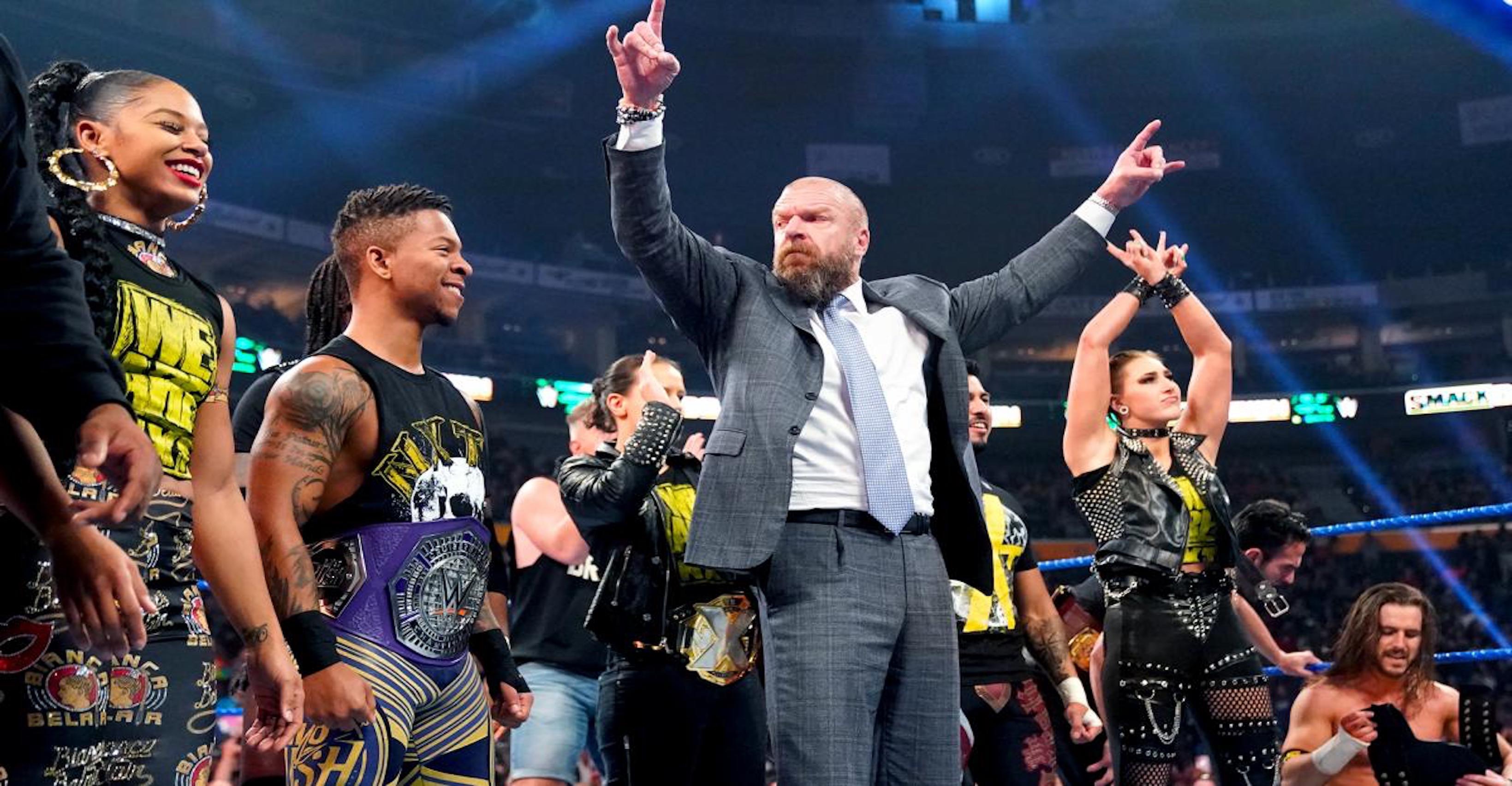 After the successful invasion of Friday Night SmackDown by the NXT talent, reports have been making their way to social media that the same thing could be happening on the November 4 edition of Monday Night Raw.

It is also noted that officials have given the go-ahead for a full-blown NXT invasion after garnering a positive reaction after the November 1 Friday Night SmackDown.

Since NXT has been announced as taking part of this year’s Survivor Series, murmurs of a possible invasion were just that until Friday.  Whether the brand will follow through with its onslaught of the main roster is highly speculated, but if reports are correct, then fans are certainly in store for a “Takeover” on the flagship show.

There is no other indication of more NXT stars possibly appearing on Raw, at least on social media. But WWE’s website is now teasing the possibility of the NXT invasion angle coming to the Big Apple.

NXT has enjoyed its own success since its creation in 2010.  What started as a competition show has turned into a monumental movement.  From there, the brand has expanded the potential of talents such as Seth Rollins, Sasha Banks, Charlotte Flair, and Roman Reigns.  Ever since the company has started their Takeover events, they have been so successful that fans have considered the brand much better than Raw or SmackDown.

This past summer, NXT went from premiering episodes on WWE Network to having their own time slot on the USA Network.  This move has been dubbed “The Wednesday Night Wars”, as NXT airs simultaneously against AEW Dynamite.

With Finn Balor recently returning to NXT, it will be interesting to see how he will play into the invasion.  Now that Crown Jewel has come and gone, the build to Survivor Series will be full-speed ahead.