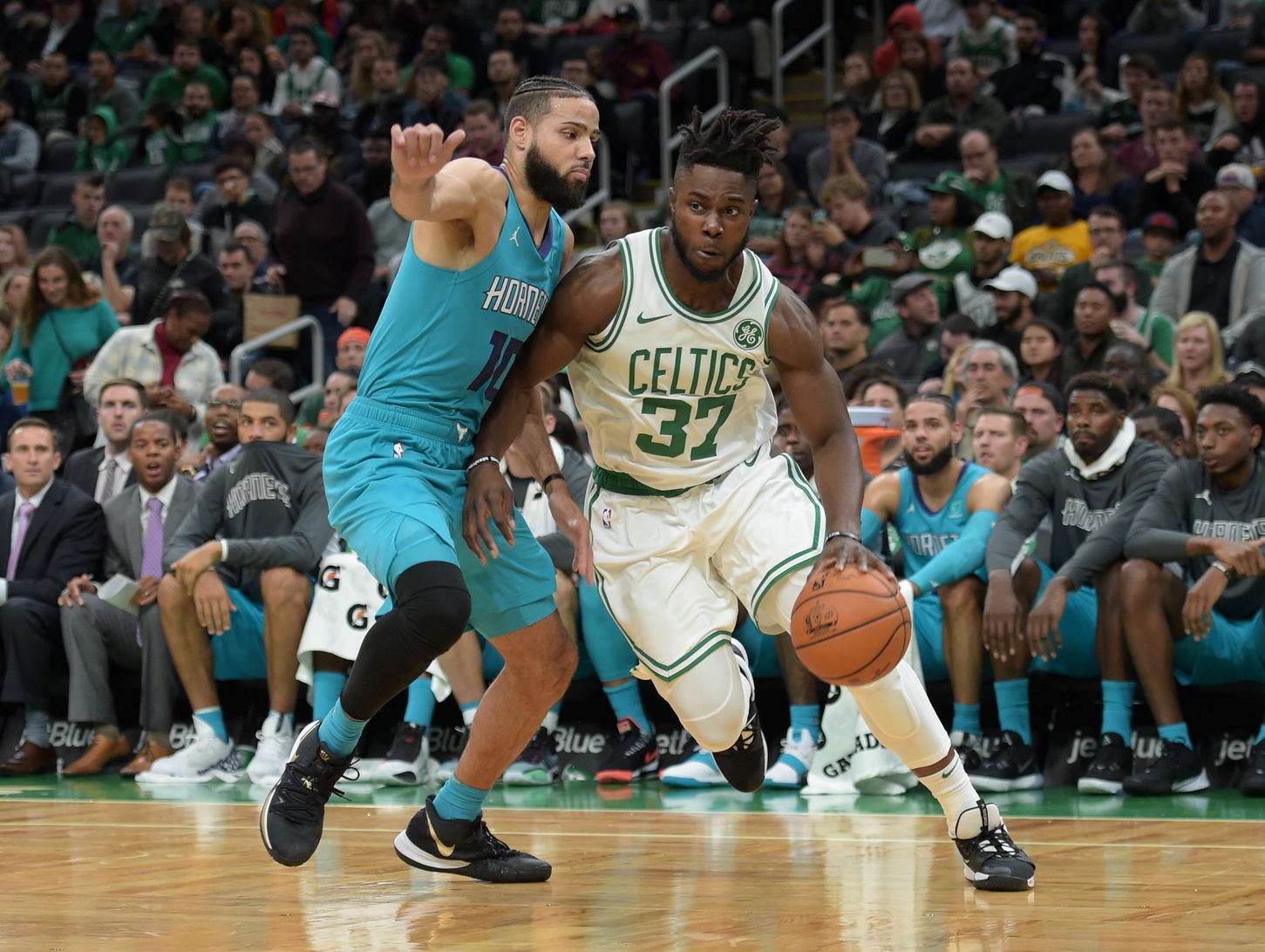 Jaylen Brown won’t travel to Cleveland for tomorrow’s game because of his illness and an infection he’s now also dealing with. Brad Stevens said he may join the team during its trip to Charlotte and San Antonio this week.

Semi Ojeleye got a haircut too pic.twitter.com/jd2DMLqhNX

Ojeleye must be two pounds lighter after removing that thing from his dome.

Semi and Carsen Edwards are both freshly buzzed. It’s probably not a coincidence both are struggling with their shot.