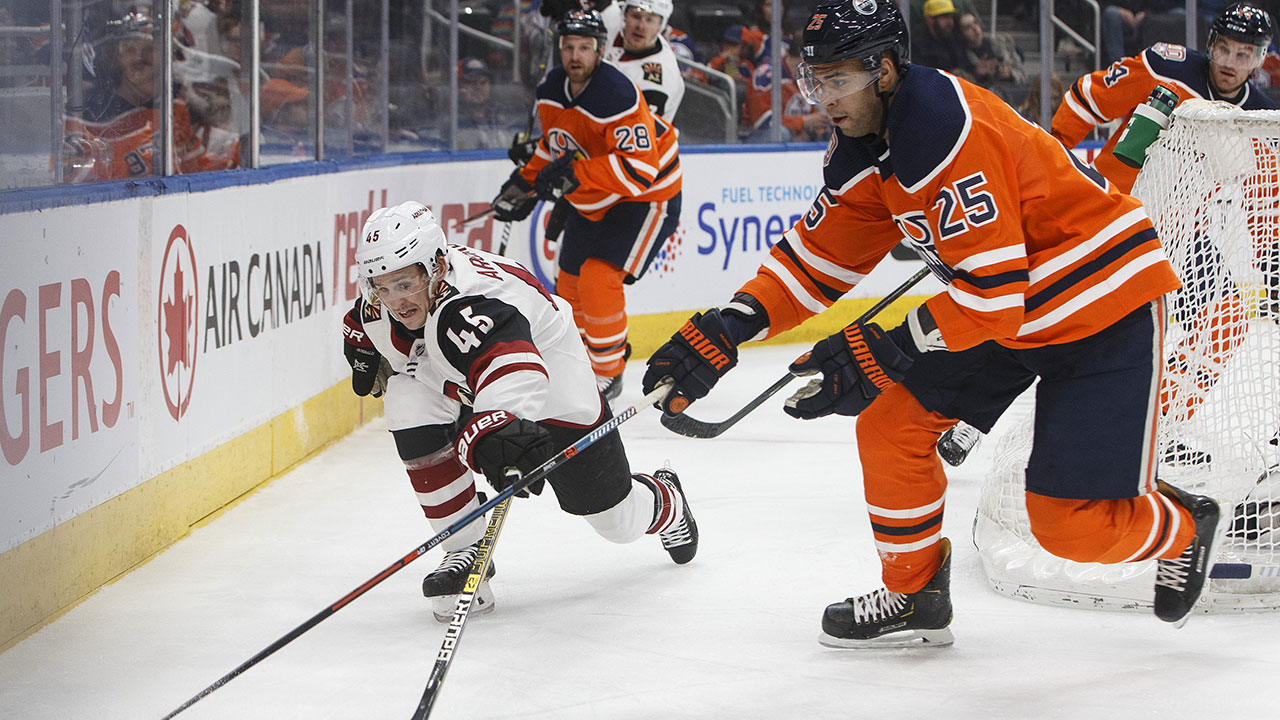 The Edmonton Oilers lost the one game many expected them to win on their recent three-game road trip. They also won the two games most thought they would lose. Fans will gladly take that trade off. The Oilers return home to Rogers Place tonight for their first divisional battle of the month as they host the Arizona Coyotes.

It’s the first of four meetings between the sides this season, who next meet on the 24th in Arizona. The road team won all four meetings a season ago, a trend the Oilers are hoping to snap tonight. Edmonton’s looking for their second three-game winning streak of the young season.

Mikko Koskinen starts for the Oilers, while Darcy Kuemper gets the nod for the Coyotes.

Edmonton: Better puck possession. The Oilers won on Saturday, but it might have been their worst performance of the season. They were dominated in every area besides goaltending. They need to do a much better job protecting the puck tonight and need to be more committed to winning battles.

Arizona: Stick to the script. The Coyotes don’t have the talent that other teams do, but they are extremely tough to play against. That’s because they are a quick, structured team that manufactures their opportunities. They’ll be a pain for Edmonton tonight if they play their style.

Edmonton: Jujhar Khaira got off the hook on Wednesday. Colby Cave did it on Saturday. Tonight, Markus Granlund gets his first goal as an Edmonton Oiler. The fourth line was the best line on Saturday afternoon, and Granlund has played better as of late. He gets rewarded with one tonight as the secondary scoring continues to thaw out.

Arizona: Phil Kessel is a Coyote, in case you forgot. The star forward was shipped to the desert in June and has immediately made an impact. The face of the franchise currently, Kessel is the most dangerous forward Arizona has. His lethal shot should scare any goaltender. He’s worth your attention tonight.

Slight changes for the Oilers tonight. Zack Kassian is off the top line, replaced by Alex Chiasson. Tomas Jurco will again be a scratch up front, while Riley Sheahan misses his second consecutive game with an injury. Brandon Manning will be scratched on defense.

The Coyotes made a big splash this summer when they traded for veteran Phil Kessel. He and 2018 first round selection Barrett Hayton are the big two additions up front. Veteran defenseman Aaron Ness signed with the team this past summer and is currently in the lineup as an injury replacement.

Mike Smith, who will not play tonight, was honored for his terrific week with the NHL’s third star of the week award. Smith went 2-0-0 with a 0.98 GAA and .974 save percentage. Smith stopped 51 shots in Saturday’s win over Pittsburgh.

The Oilers ten wins are the most they have had through 15 games since 1985-86, per the club. Edmonton had nine wins at this point in 2016-17, the last time the club made the Stanley Cup Playoffs. A big reason for the start? The Oilers powerplay is the second best in the NHL, clicking at a 27.9% success rate.

So far, so good at Rogers Place. The Oilers are 5-1-0 in six home games this season, defeating the Canucks, Kings, Flyers, Capitals and Red Wings. Edmonton’s lone home loss was a 6-2 defeat to Florida eight days ago. It was also their last home game.