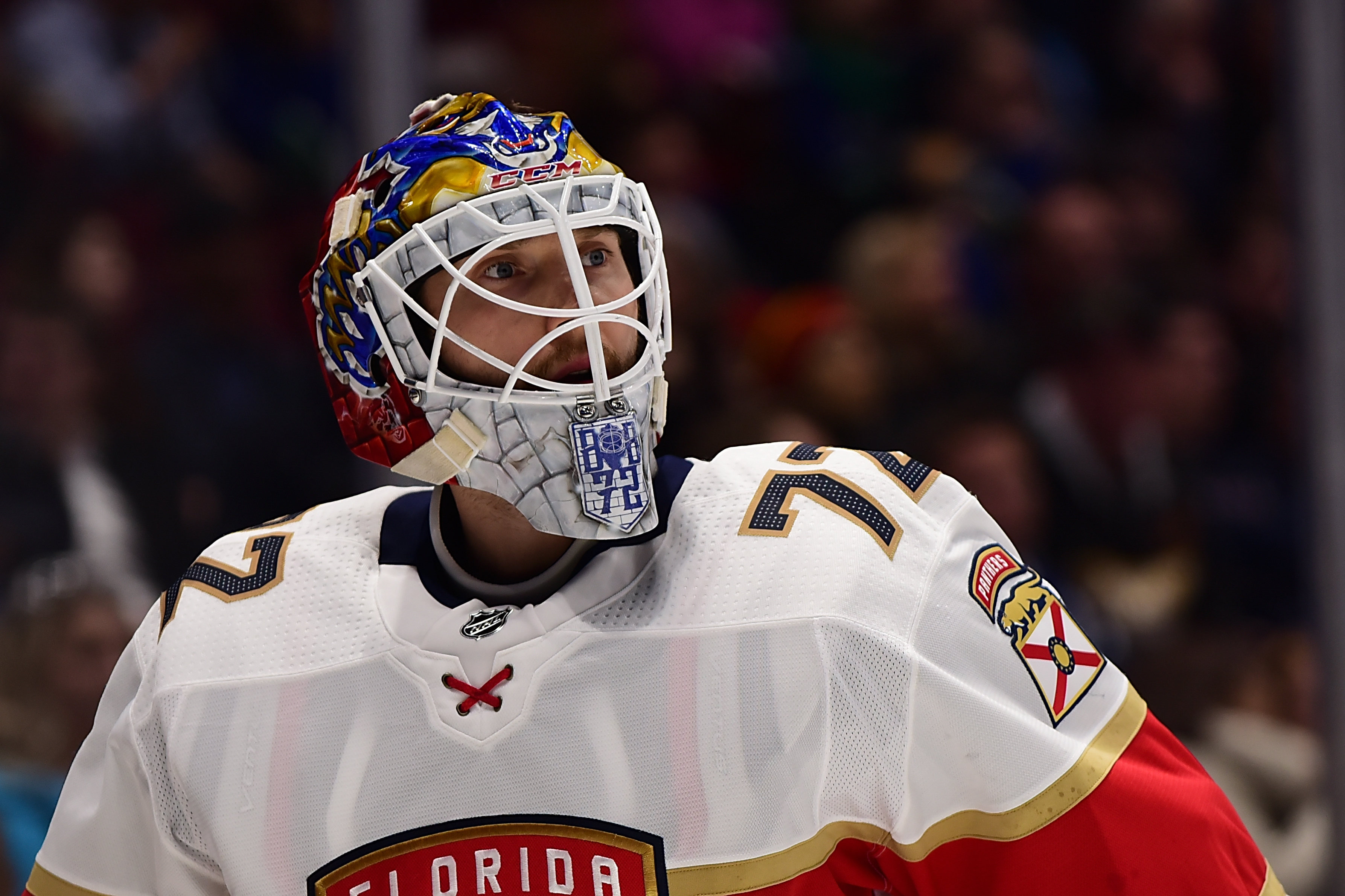 At first glance you might think Florida Panthers goaltender Sergei Bobrovsky of Novokuznetsk, Soviet Union (now Russia) has struggled. That is because he leads the National Hockey League with 36 goals against. However Bobrovsky, who signed a seven year contract worth $70 million with the Panthers on July 1, has been pretty good so far this season when you consider the fact he has already played 643 minutes. Bobrovsky is above the .500 mark at six wins, two regulation losses and three losses in extra time.

However on Saturday, Bobrovsky showed signs of excellence. He made 22 saves in a 4-0 Panthers win over the Detroit Red Wings at the BB&T Center in Sunrise, Florida. The native of Novokuznetsk, Soviet Union (now Russia), had seven saves in the first period, seven saves in the second period and eight saves in the third period.

It was Bobrovsky’s first shutout in a Panthers uniform. He previously had 33 shutouts in his seven seasons with the Columbus Blue Jackets, including nine shutouts to lead the NHL in 2018-19. A two-time Vezina Trophy winner, Bobrovsky was brought in to be the number one goaltender in Florida due to the retirement of Canadian Olympic gold medalist Roberto Luongo.

The Panthers meanwhile also showed off some offensive skill on Saturday. They had 41 shots on Red Wings goaltender Jonathan Bernier. Jonathan Huberdeau of Saint-Jerome, Quebec led the Panthers with three points (two goals and one assist), while Keith Yandle of Milton, MA and Aleksander Barkov each had a multipoint game as well. Barkov had one goal and one assist for two points and Yandle had two assists. The other Florida goal scorer was Brett Connolly.