Your Morning Dump... Where the Celtics' bench statistics are downright hideous 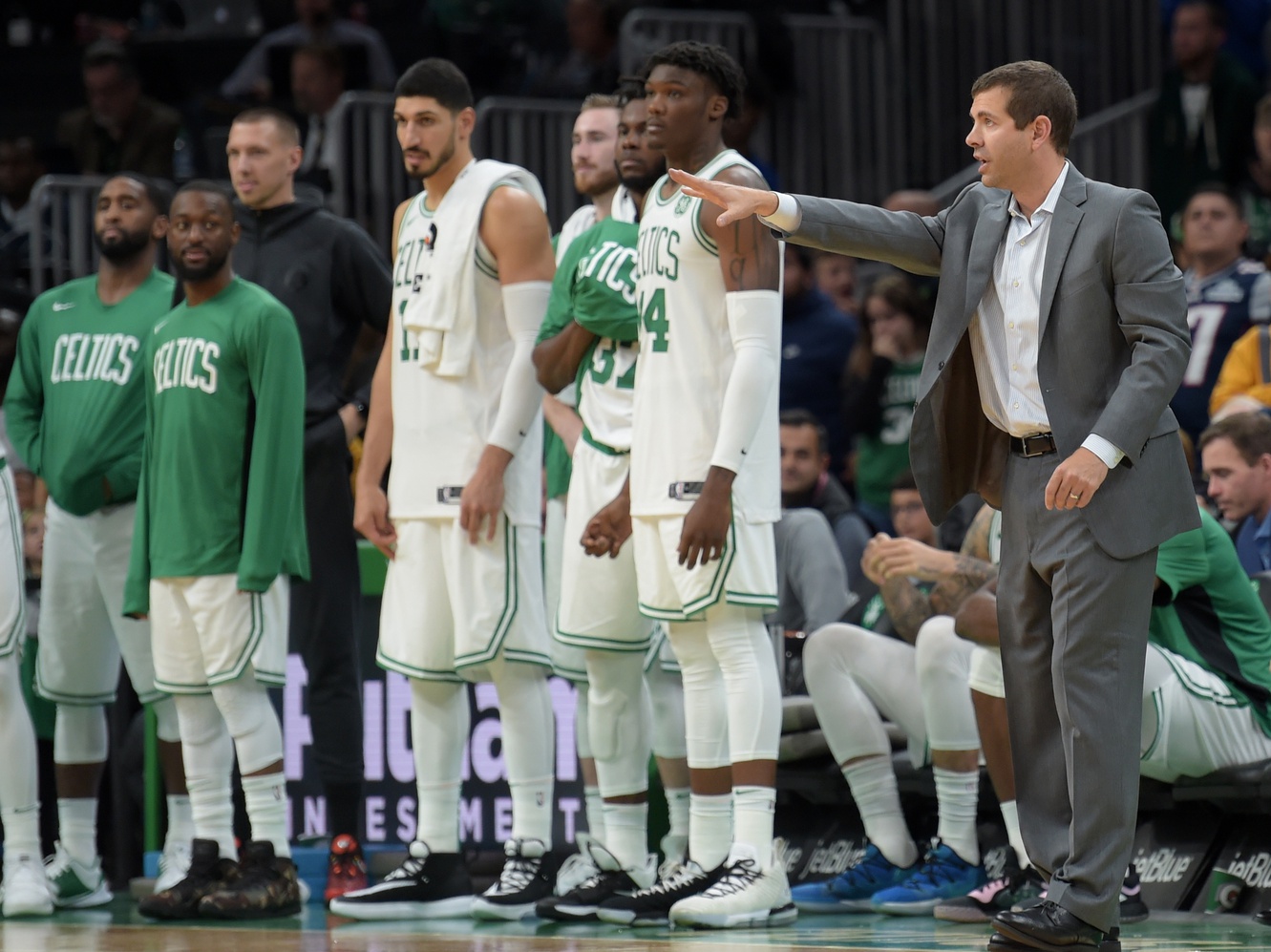 Your Morning Dump... Where the Celtics' bench statistics are downright hideous

One troubling stat: The five guys mentioned above have hit an astonishing 60 of the Celtics’ 63 made 3-pointers. Brad Wanamaker, getting most of the backup point guard minutes, has attempted just one 3-pointer through five games. Carsen Edwards, a sharpshooter in college, is just 2-for-13 from behind the arc to start his rookie season. Grant Williams (0-for-8) and Semi Ojeleye (0-for-4) have failed to sink a single long-distance shot. Daniel Theis (1-for-5) can actually shoot, but doesn’t do it a lot. The Celtics will get almost no floor spacing from their role players if things continue like this.

The 5 guys referenced above are Kemba, Tatum, Hayward, Brown, and Marcus. To the surprise of no one, they are driving the team’s early success. But as Jay King points out, eventually the Celtics will require something from their bench.

Go ahead, click the link and stare at the statistics. I dare you. The numbers don’t lie.

The loss of Enes Kanter is significant. He is the main offensive option for the 2nd unit. And rumor has it, the Celtics drafted this guy in the 1st round who can score.

The silver lining here is the bench has to get better because they can’t get worse. Plus, I refuse to believe they’re actually this bad.

"He's got the day off tomorrow," David Fizdale said. "We gotta get off this load management crap. Latrell Sprewell averaged 42 minutes for a season. This kid's 19 years old. Drop it."

I tend to agree with Fizdale here. Load management gets a bit too much attention from media and fans. We’re all quick to say, “Back in my day…”

But it’s far from a load of crap. These teams have a lot invested in their players and want to maximize the return on investment. And with all the advances in biometrics, there’s a load of data to support rest. Do you really think the owners would support anything less than data-driven tactics that maximize ROI?

Minutes are quickly becoming an issue for the Celtics thanks to the combination of injuries and woeful bench production.

Walker, Hayward, and Tatum are all close to 35 minutes per game. In my eyes, that’s a reasonable load for a team’s best players. But Brad Stevens’ strives to get minutes down to the magical number of 32 mpg.

John and I debated the topic in the latest Locked On Celtics podcast:

Globe – 11 thoughts about the Celtics start

Herald – Kemba living up to billing for surprising Celtics