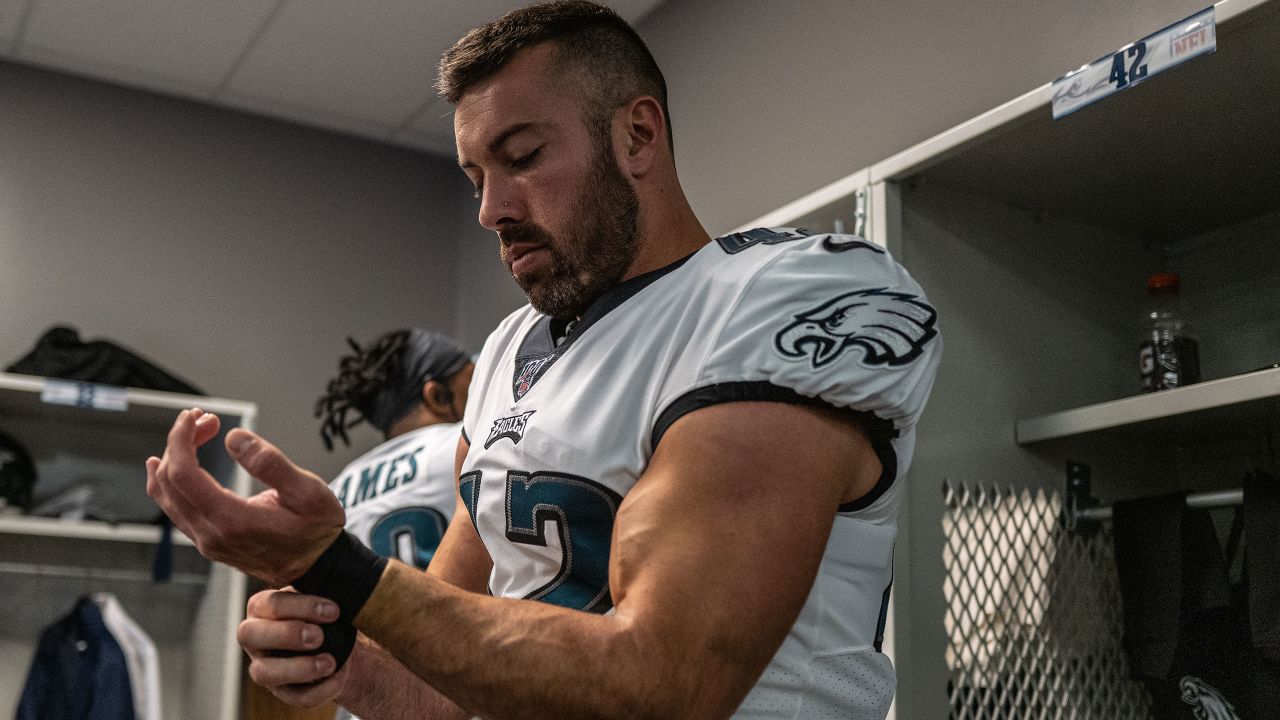 Like a NASCAR team in the pit, the Eagles are changing some tires halfway through the race.

Sendejo signed with the Eagles as a free agent this past offseason after eight seasons with the Minnesota Vikings. In nine games in 2019, Sendejo recorded 36 tackles, one sack, and one interception in 241 snaps (one start) on defense (41 percent).

According to Lance Zierlein of NFL Media, the Eagles will recoup a compensatory pick in the 2020 NFL Draft by waiving Sendejo.

(Fran Duffy noted in his film breakdown that the Eagles utilized a dime subpackage against the Bears that featured four cornerbacks (Jalen Mills, Ronald Darby, Rasul Douglas, and Avonte Maddox) and two safeties instead of three corners and three safeties.)

Cornerback Cre’Von LeBlanc is inching closer to a return from a foot injury further bolstering the secondary. The Eagles have the starting tandem of Malcolm Jenkins and Rodney McLeod at safety. Maddox’s return from his neck injury and concussion is important because he can play both cornerback and safety.

The biggest knock against Sendejo seems to be his over-aggressiveness leading to personal foul penalties under the new rules. That, and he was occasionally caught out of position on certain coverage assignments. He can certainly fill in at strong safety for another team this season if he is picked up off waivers. He is capable of competence, although his best days are behind him.

The Eagles also placed DeSean Jackson on Injured Reserve on Tuesday afternoon. The team announced on Monday that Jackson would undergo surgery to repair a core muscle injury that he re-aggravated in Sunday’s win over the Bears. A player is eligible to return to practice six weeks from the day that he’s placed on Injured Reserve, but he must miss at least eight games (not weeks, games) before he can return to the 53-man roster. Each team can designate two players to return from their Reserve/Injured list.

That’s probably the last we’ll see of DJax on the playing field this year, however. The reality is sinking in.

As this is written, the Eagles are giving free agent Jordan Matthews a physical and a tryout. At least we know exactly what we’ll be getting from the former Bird if Matthews replaces DJax on the active roster. But it’s definitely not a speed guy.

Do the Eagles really believe they can try and find ways to get young receivers J.J. Arcega-Whiteside and Mack Hollins more involved? The two have combined for 12 catches and 139 yards this season.

EYE think we’ll see a lot more of RB Miles Sanders used in the passing game instead. He’s the closest thing to a vertical threat we have right now, unless some other free agent with downfield credentials is signed this week. And no, it won’t be Torrey Smith—he was contacted by the Eagles, but he said he’s good with retirement.