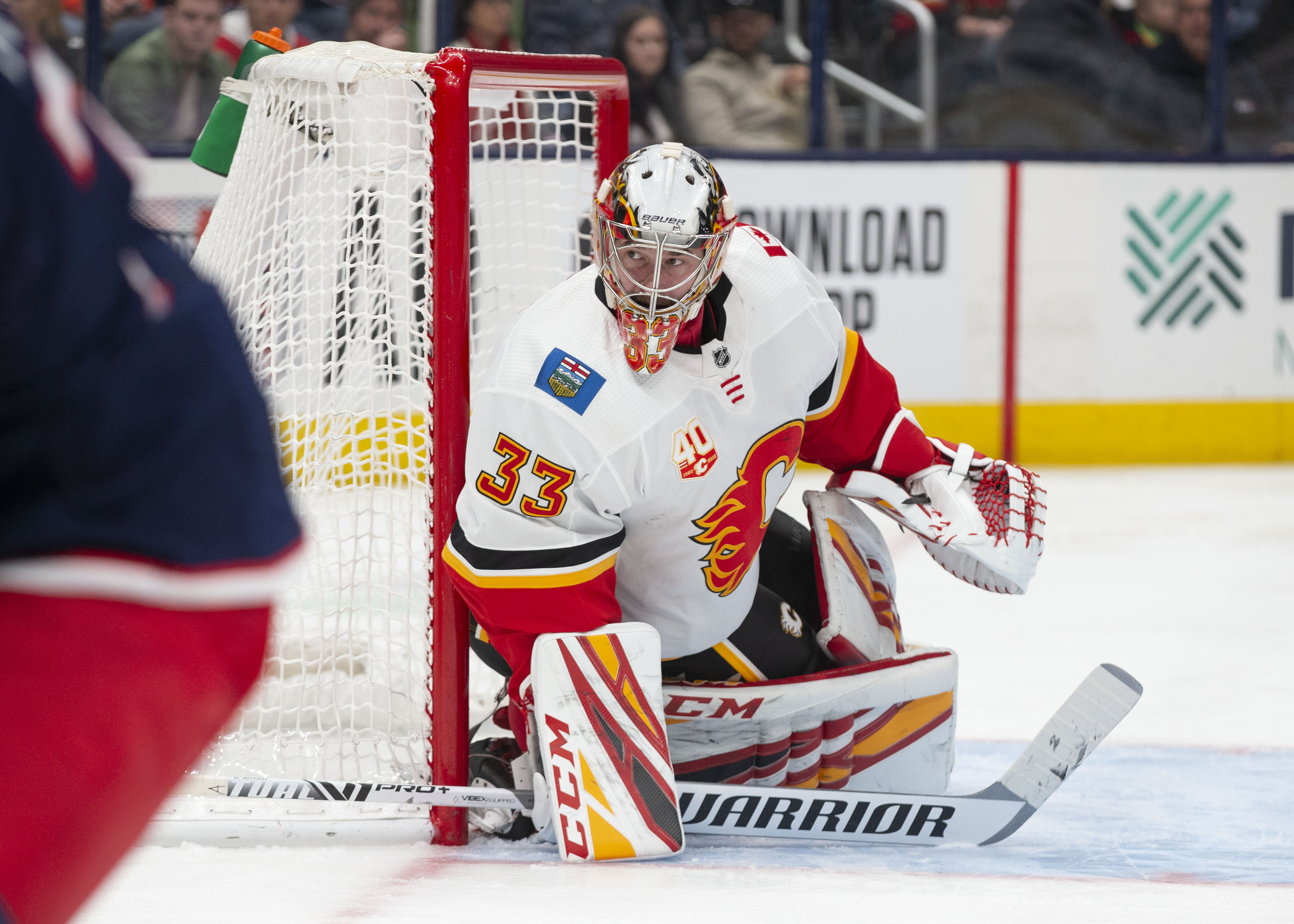 Heading into the 2019-20 National Hockey League regular season, there were questions whether or not Calgary Flames goaltender David Rittich could handle a heavy workload. Yes, he did play 45 games for the Flames in 2018-19, but come playoff time he saw Mike Smith take control of goaltending duties. After game one of the Flames series against the Colorado Avalanche, Mike Smith struggled mightily as Calgary lost in five games.

Rittich has seen a heavy workload so far this season. He has distanced himself as the clear number one goaltender for the Flames with Cam Talbot as the backup. Rittich leads the NHL at the present time in minutes played with 775 and save attempts with 424. It should be noted that the frequent action also has Rittich leading the NHL in saves with 388 and goals against with 36.

On Saturday night, Rittich was brilliant. He recorded his second shutout of the season and third of his NHL career as the Calgary Flames defeated the Columbus Blue Jackets 3-0. According to Derek Wills of Rogers Sportsnet,

Rittich also tied a Flames franchise record for most saves with a shutout with 43. Ironically it was Smith who held the previous record as he made 43 saves for the Flames in a 3-0 win over the Nashville Predators on October 9, 2018.

In the Flames’ shutout over the Columbus Blue Jackets on Saturday, Rittich made nine saves in the first period, 18 saves in the second period and 16 saves in the third period. Defenseman Zach Werenski of Grosse Pointe, MI led the Blue Jackets with seven shots on goal.

On the season, Rittich has seven wins, four regulation losses, two losses in extra time, a goals against average of 2.79 and a save percentage of .915. Rittich’s other shutout this season came in a 3-0 Flames win over the Vancouver Canucks on October 5.

The Flames are currently in sixth place in the Pacific Division. They have a record of eight wins, seven regulation losses and two losses in extra time for 18 points. The Flames however are not that far off from first place. They are only four points back of the division leading Edmonton Oilers.