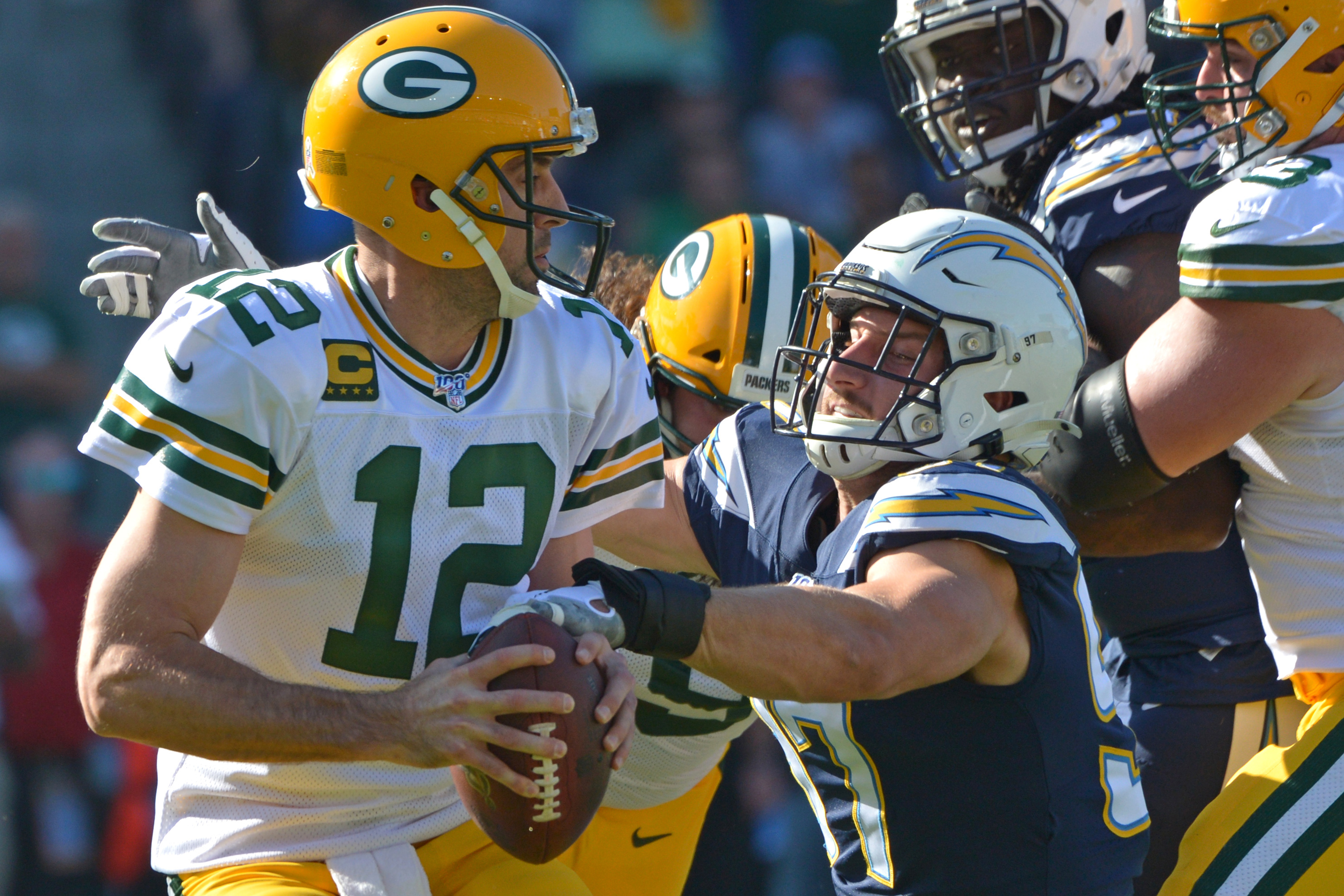 The Green Bay Packers are 7-2 this season, a successful record by any account. But that doesn’t mean they can’t play better football. Week 9’s poor showing against the Los Angeles Chargers highlighted some problems the team has been experiencing this season and many of them have been going on in games they eventually won.

With seven contests left to play, the Packers must go 4-3 to all but assure themselves of a playoff spot. However, they still have several tough games remaining on the schedule including a meeting with the NFL’s only unbeaten team in San Francisco and what could be a division title showdown against the Vikings in Minnesota.

Correcting these five issues could make the crucial difference between Green Bay being contenders or pretenders by season’s end.

Here is a look at five crucial things the Packers must improve to finish the season strong and get back on track for the rest of the season:

This has been a problem for the Packers for several seasons now, but it was a big issue against San Diego and in several other games this season as well.

The Packers tackling is, to be kind, inconsistent. The defense is missing some key tackles that if made, could limit opposing offenses to short or no gain. The missed tackling sometimes results in splash plays by opponents that do real damage to the defense.

This is not a problem that is unique to the Packers. Rule changes and limited contact in practices have made tackling a problem league wide. But the Packers can still be one of the better tackling teams in the league with some effort and adjustments.

Green Bay needs to bring opposing players down when they get the chance. The result will be more obvious passing situations for opponents and a better overall defensive performance.

Green Bay’s two lowest scoring games this season were the season opener against Chicago when they managed only 10 points in a win, and last Sunday’s game in Los Angeles when they put up only 11 points.

Against the Bears, Green Bay ran the ball 22 times for 47 yards and eight of those yards were gained by Aaron Rodgers. The offense struggled and managed just one touchdown and one field goal all game.

Against the Chargers, the Pack ran just 11 times for 45 yards despite the fact they only trailed 9-0 at the half and were still within two scores until the final minutes of the third quarter.

When the Packers offense is at its most effective, the rushing attack and the passing game play off each other. Defenses see different plays out of similar formations, and it creates enough momentary confusion to help the offense work.

The Packers need to continue to run the ball enough to keep defenses honest. If the running game is ineffective, then short passes to the running backs are a solid alternative that has helped the offense move the ball downfield. Either way, abandoning the running game and/or short passing game is a mistake for this offense in almost all situations.

3. Spread the Ball Around in the Passing Game

The Packers struggled in the passing game against the Chargers for several reasons, but one of them was that Aaron Rodgers looked to Davante Adams too often. In his first game back after missing the previous four with a turf toe injury, Adams was officially targeted 11 times by Rodgers. No other wide receiver had more than four targets and the other four wide receivers totaled only 10.

Yes, Rodgers was under duress for most of the game and yes, other receivers may have struggled to get open, but there are also tight ends and running backs to throw to which is what Green Bay did so well when Adams was injured and the offense was clicking on all cylinders against the Raiders and Chiefs.

Spreading the ball around requires patience and of course, time to throw, but relying too much on one receiver is a problem for the Packers. The other game when Rodgers locked on to Adams this season was the loss to the Eagles.

The Packers have one of the best quarterbacks in the NFL. Even at 35, Rodgers is an elite signal caller who gives his team a chance to win almost every week.

Still, even future Hall of Famers can’t throw effectively when they’re lying on their backs. Rodgers was officially sacked three times against the Chargers, but he was under duress for most of the game. The Chiefs sacked A-Rod five times the previous week, but he had enough time to throw the football during the game to be effective.

The offensive line must play better in the remaining seven games to let Rodgers work his magic and to give Aaron Jones and Jamaal Williams room to run the football.

If they don’t, the offense will not regain its previous form and the Pack will struggle to score points.

The Packers entered the Chargers game having allowed more long plays than any team in the NFL and Sunday’s performance in Los Angeles didn’t help. Mike Williams alone burned the Packers for 111 yards on just three catches including a 56 yarder and a 46-yard gain.

The entire point of bend-don’t-break defense is to make offenses work hard for their points hoping they’ll make a mistake, take a sack, turn the ball over or even take a penalty that will force them into obvious passing situations. That allows the pass rush to get on the quarterback and that creates turnovers, bad throws, and stops drives. Giving up chunks of yardage undermines that philosophy.

If the Pack can limit those long runs and deep passes, their defense can get back to its earlier form.