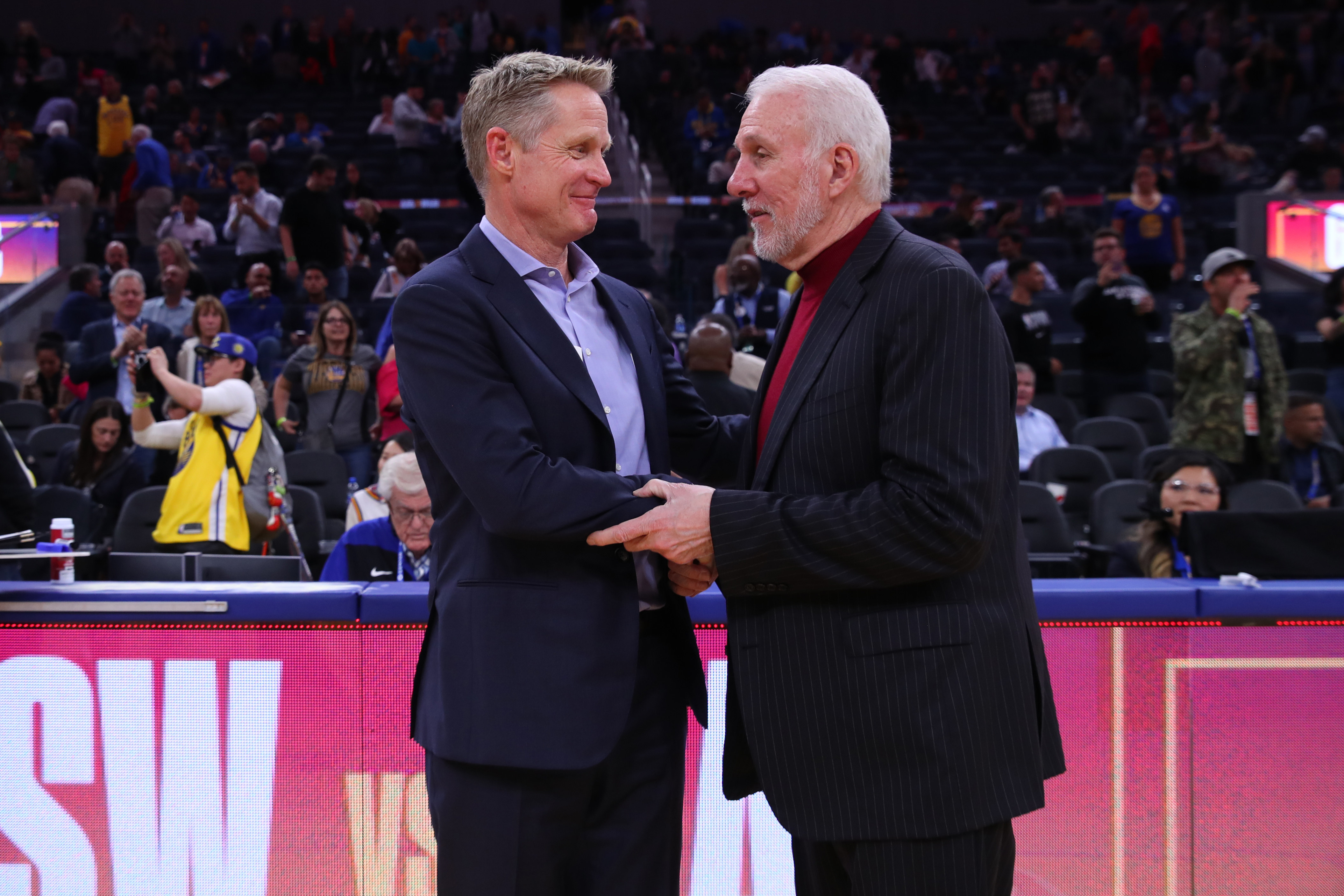 Spurs head coach Gregg Popovich is tired of wearing suits, and is hoping to be able to just chill in a sweatsuit on the sidelines during games.

Pop is the longest-tenured head coach in the NBA, having been at the helm for the Spurs since 1996. He turned 70 years old earlier this year, but doesn’t seem to be slowing down anytime soon.

He does, however, have a request of the league — to adjust its dress code policy. Instead of wearing suits, Pop wants to rock sweatsuits during games.

Spurs’ Gregg Popovich on his dream dress code for NBA coaches: “I just wish we were in sweatsuits. I’m a big proponent of gym shoes and nice looking sweat suits so you don’t have to worry about ties and coats and all that stuff.” pic.twitter.com/RlgAXIn6YA

Popovich does make a good point, as coaches have enough to worry about as is.