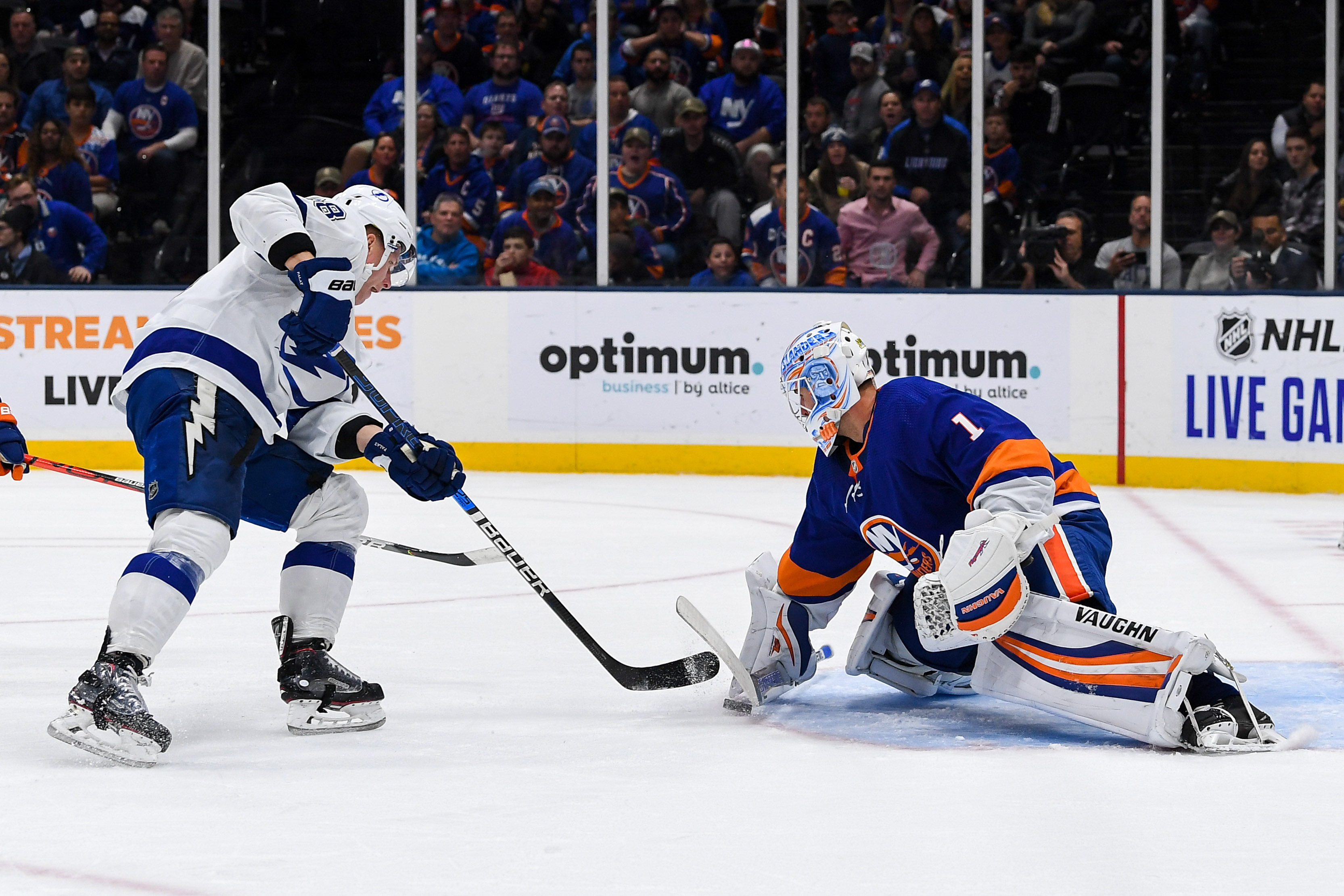 The Islanders will play for their 10th consecutive win as when they host the Ottawa Senators on Tuesday night. For now, the winning streak sits at nine games and the team’s goaltending has been a major reason for the Islanders’ early-season success.

Through 13 games this year, the Islanders have given up the third-fewest goals, in the league. It’s just three more than the Boston Bruins tandem of Tuukka Rask and former Islander Jaroslav Halak.

Head coach Barry Trotz has given goaltenders Semyon Varlamov and Thomas Greiss equal playing time, with both having appearing in seven games. The one game they both played in was when Varlamov was pulled after allowing four goals on 19 shots against the Edmonton Oilers back on Oct. 8.

Greiss has been picking up where he left off last year, with a 5-1-0 record and 2.15 goals-against average. He has also been sporting a .933 a save percentage.

His positioning has been spot on and it has been easy to see the confidence spewing off of Greiss when he is manning the crease. He is so calm and collected that even the harder saves are looking routine.

Varlamov was a bit of an unknown coming into the season.

After injuries and lackluster play, the 31-year old had a lot questions surrounding his ability between the pipes. However, early on he has gained his coach’s and his team’s trust. With a 5-2 record, his statistics are ultra-similar to his counterpart.

A 2.14 goals-against average and a save percentage of .929 is a great sign that maybe all the Russian netminder needed to get his career back on track was a new location.  His last game — a 1-0 shutout of the Buffalo Sabres on Saturday —  Varlamocv stopped 27 shots.

All of Varly’s top saves on 🔁repeat🔁

Got the shutout for our NINTH straight victory 🔥 pic.twitter.com/Rt8VS8OSpV

The two goalies were able to bring home the William M. Jennings Trophy, but after the season ended Lehner left for Chicago and the Islanders brought in Varlamov to fill the void. Could the new tandem of Greiss and Varlamov mimic the goaltending of a year prior?

Early on it seems it can.