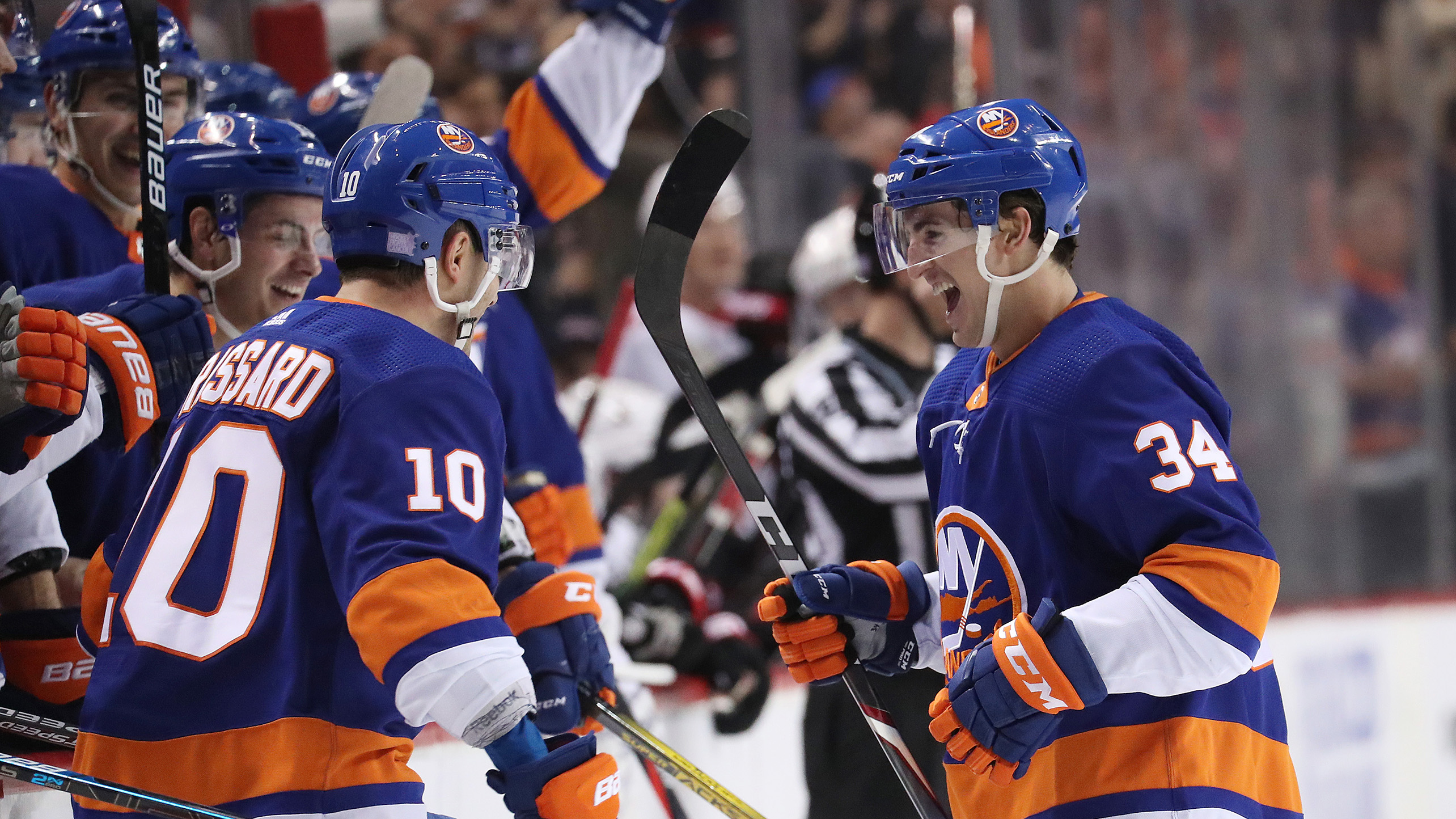 NEW YORK – It was the moment Cole Bardreau had been dreaming of his whole life.

The Islanders and Senators were tied at one when Bardreau was hauled down at the 15:45 mark of the second period. The 26-year-old rookie was awarded a penalty shot for his effort and the Fairport, New York native took full advantage of.

He snuck a wrist shot by Sens’ starter Craig Anderson to put the Islanders in front 2-1 on their way to an eventual 4-1 win at the Barclays Center.

“No, absolutely not,” Bardreau responded when asked if he ever imagined a penalty shot would lead to his first goal. “Going out there right before they blew the whistle and looking up, it was just pretty surreal. It was crazy and obviously, the nerves were going pretty good. Just really grateful that one fell.”

Bardreau screamed in jubilation after the puck found the back of the net and his teammates were equally as excited when he made his way back to the team’s bench. Johnny Boychuk immediately made sure to grab the milestone puck for the rookie.

The bench mobbed him as he skated by, the smile never leaving his face.

“If you look at me I threw my hands up,” Islanders coach Barry Trotz said about his reaction to the goal. “Everybody wants to see a guy score his first goal and I think Cole has come in here and fit in really good. I think he’s a very likable personality. He’s sort of a fiery type of guy and he gives everything he has.”

There was a time Tuesday’s moment seemed like it would not come. Bardreau was never called up during his five years in the Flyers organization and he had to battle several serious injuries, including a neck injury that nearly paralyzed him while playing collegiately at Cornell.

Bardreau has appeared in seven NHL games since the Islanders called him up on Oct. 19 and played in front of a large contingent of family and friends on Saturday, when the Islanders were in Buffalo to play the Sabres.

Bardreau nearly scored that night as well. “I still have little nightmares about that Buffalo one, but it was nice to get that monkey off the back and I’ll remember that one forever,” he said.

"I’m not going to lie, I was pretty nervous there looking up. I just gripped it and ripped it and luckily it went in." – Cole Bardreau on scoring his first #NHL goal pic.twitter.com/2MNGdl1Xi9

The rookie’s first goal came on a fitting night when the bottom six lead the charge as the Islanders extended their winning streak to 10 games, the second-longest in franchise history. Cal Clutterbuck scored for the first time in 32 games to tie things at one in the first period and Casey Cizikas padded the Islanders’ lead with a shorthanded goal at the 10-minute mark of the third.

Josh Bailey scored his sixth goal of the season to tie the team lead 40 seconds after the Cizikas’ goal.

“We’re playing confident,” Cizikas said. “We’ve got four lines that are contributing. We have six D that are getting the puck up, moving quick and being solid in our own end. And we’ve got two goalies that are playing outstanding.”