Your Morning Dump...Where Gordon Hayward doesn't want to hear any lip about his ankle anymore 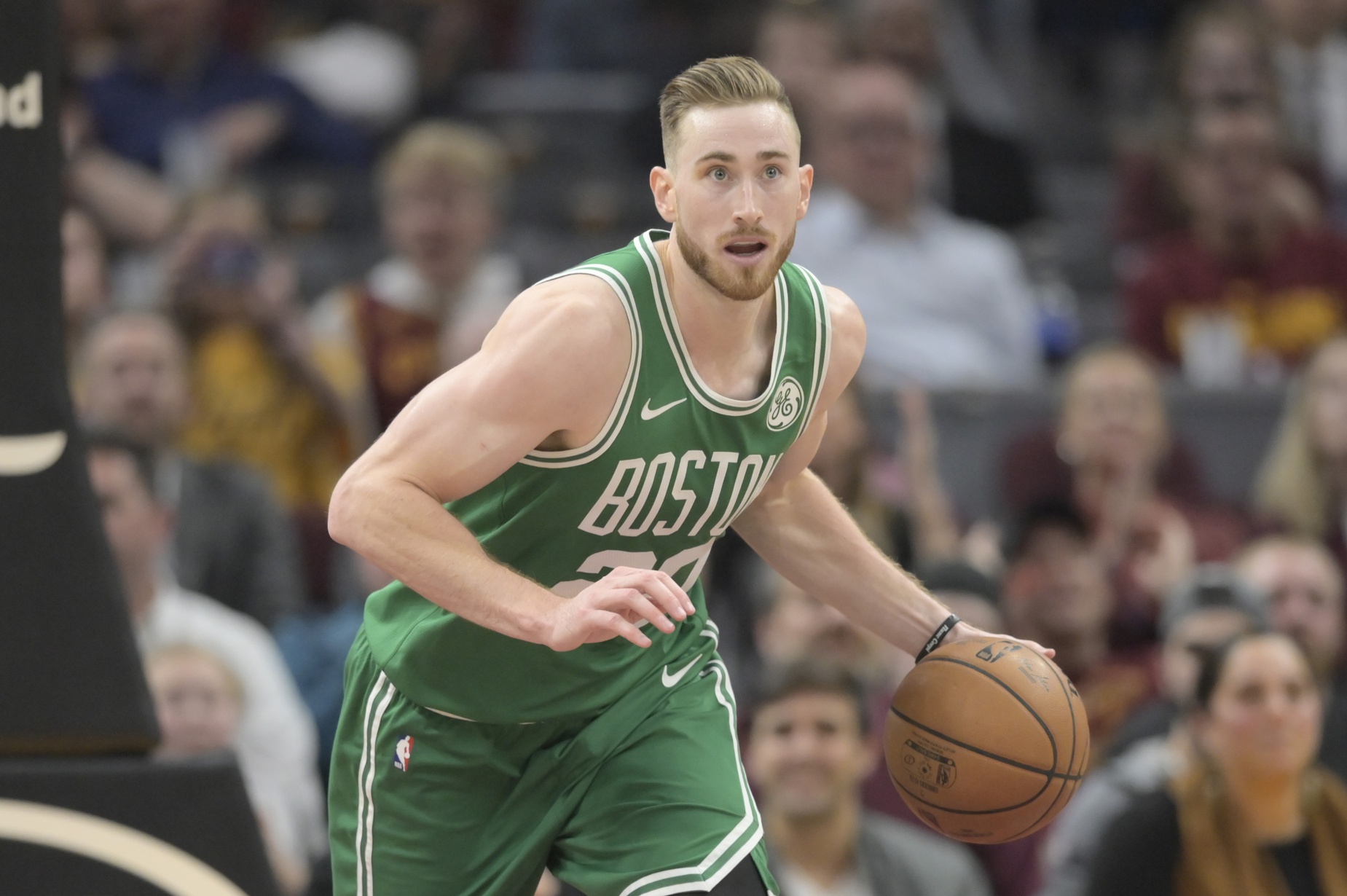 Your Morning Dump...Where Gordon Hayward doesn't want to hear any lip about his ankle anymore

750. That is the number of days since Gordon Hayward brutally broke his ankle on primetime in his first game as a Boston Celtic. After a grueling year of recovery, a year of frustration, a failed season, and a full off-season, we can finally say it: Gordon Hayward is back.

“I don’t think about [my leg],” he said. “I haven’t thought about it for a while. I think it’s over. You guys can stop asking me the questions about that. It’s a good game, but we can’t be satisfied. And hopefully they can stop dumping water on me after every good game. But that’s all right, I like it.”

While Gordon would rather we don’t ask about it anymore, we’re still going to talk about it. Tuesday night in Cleveland, on the same floor he injured himself on that ominous day, he tied a career high scoring 39 points on a smoldering 17-20 from the field with 8 rebounds and 7 dimes. He was in complete control as play after play he continually forced the issue, while also changing speeds, and fearlessly darting into the paint. He looks as confident as we’ve ever seen him and it’s something that is becoming commonplace this season for him.

“There’s obviously been more opportunities this year and we’re running some things that I am comfortable doing,” the 29-year-old forward said. “As long as I keep attacking, not overthinking the game, being hesitant, I should be fine. Not every night it’s going to be me scoring. As long I’m getting in the paint and making the right reads, we’ll be fine.”

He did all of this last night while only hitting 1-4 threes and only 4 free throws. All of his offense was from him driving the lane and either finishing at the bucket, or pulling up from mid-range. He’s finally showing us how great of an offensive player he is all the way around and it’s probably the biggest storyline from the season thus far.

It’s not even just about the scoring, but the whole package he brings to the table. With Al Horford departing in the offseason there was a void on the Celtics in regards to somebody who always makes the right play. Wether it’s a hard drive, a pass for a teammate, or maybe just a well timed cut/screen, Horford always made the right basketball play. Hayward has stepped into that role this season and when he’s on the court the offense has been humming. His defense was even on point last night as he really got after it and held his matchups to 4 points on 1-3 shooting from the floor (via NBA.com player tracking).

So there you have it…it really does take time to get back to full strength when your ankle literally snaps in half. Who knew?

All jokes aside, after a hapless last couple of years, the Celtics finally have the player they signed way back on July 4, 2017. His work isn’t done though, it has only just begun as the Celtics continue on their quest for Banner 18.

Page 2: Where the defense was putrid, but Marcus Smart’s wasn’t

On a night where the Celtics got bullied on the boards and let the Cavs drop 113 points, Marcus Smart salvaged the night. After an oblique scare in the third quarter he subsequently got right back on Kevin Love and made the forward’s life hell on the block for the rest of the night.

“What an effort by Smart on Love making him miss that last shot and throughout the game,” Hayward told reporters. “Making it tough on him. I’m just proud that we got the win.”

This is what Smart does. On a night where a teammate hits 17 of 20 shots, Smart has a similarly important impact that his eight points, five rebounds, and four assists can’t measure.

“I scouted plays for Kevin Love for a long time now, so I picked up on tendencies and I’m such a great defender that I believe in myself and I’m always going to go with myself a hundred percent of the time,” Smart said, describing how he shooed away a double team in an effort to guard Love himself. “It’s about pride at that point and you got to dig down. So I always call the double team off every chance I get and try to take care of it myself.”

The reigning All-Defensive first-team guard made Love work out there and played above his stature. This isn’t anything new for Smart as this is the same guy Brad Stevens deploys on anyone who needs to be cooled off and the same bulldog that leaves it all on the floor every single night. Smart relishes these types of challenges and it’s one of the most unique things about his game. He literally is a center in a point guard’s body. He doesn’t get pushed around and if you are going to score on him, you are going to earn it.

He’s the heart and soul of everything the Celtics do and on a night that was overshadowed by Hayward’s 39 points, Smart’s value still shined bright.

And as you may have guessed what’s next if you’ve read my blogs here before…SMARF DEFENSIVE HIGHLIGHTS!!!!! Enjoy.

(Lastly, who on earth has to have their defensive highlights split into TWO (2) different videos…that should tell you all you need to know.)

Boston Sports Journal: A Promising Trend with the re-emergence of Gordon Hayward