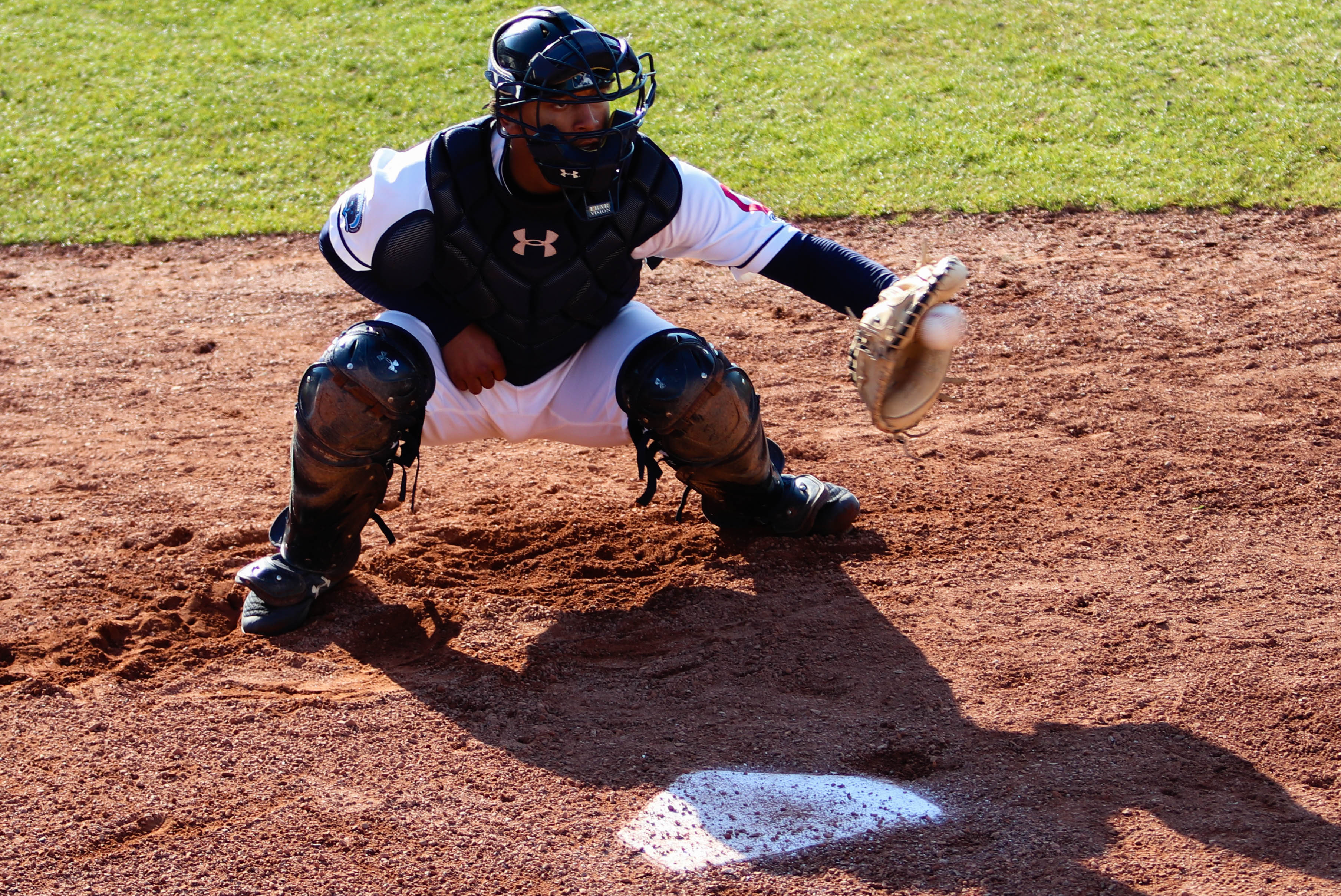 We are nearing the end of the 2019 Burning River Baseball Cleveland Indians prospect rankings with the back half of the top ten. To qualify for the list, players must be in the Indians minor league system heading into the 2020 season and have zero games of Major League experience. The top five players in the system will be featured in tomorrow’s list.

The Canadian powerhouse skipped Mahoning Valley this year, playing his first season of pro ball in Lake County. After a solid season in Arizona in 2018, Naylor put together a nice, but very different, season in A ball. This year was more of what was initially expected as his strike out rate jumped slightly, but his power rose significantly. After just eight total extra base hits in 2018, he had 18 doubles, 10 triples and 11 home runs in his second season, raising his SLG to .421.

The drawback to Naylor’s nice season is that his walk rate also fell significantly, from 15.1% to 9.5%, dropping his OBP down to .313. It is very possible that Naylor was a bit overwhelmed as a teenager in A ball, and it appears he also saw a decrease in line drives and pulled balls. As he regains his confidence, I would expect the walk rate to rise and for him to start pulling the ball with more authority.

Another knock on Naylor is that he is very quickly going to be labeled as a poor defender and that is something the Indians will not stand for behind the plate. He tried out third a bit last year to no avail, then committed 13 errors while allowing 14 passed balls this season. He was used as DH 22 times as well, but if he can’t play a position, his value will be severely diminished. Since he is still young, the Indians should use 2020 to figure out exactly where he can play to maximize his offensive value while minimizing the damage he does on defense.

Rocchio is an extremely athletic switch hitting middle infielder who is an excellent defender at second, short and third. He has a great arm, speed and range that make him fit well in any of the three positions. This defensive prowess is what really separates him from his fellow 2017 classmate who sits a few places higher in the 2019 rankings.

Offensively, Rocchio was very impressive in 2018, hitting .335/.390/.442 as a 17 rookie in Arizona, although those numbers dropped a bit in his second season. Rocchio is an early count swinger who counts on his good contact skills and speed to get on base often rather than attempting to work walks and risking more strike outs. This means that when his BABIP is low, as it was in 2019 (.276, nearly 100 points lower than 2018), his overall numbers can be drastically deflated.

Part of this decrease in BABIP could be more than luck as he began pulling the ball more and hitting more fly balls rather than hitting line drives to all fields. Of course, the improved defense in the NY/Penn League compared to Arizona will also knock off quite a few points of BABIP. In the end, his performance over the final month of 2019 (.292/.340/.458 with a .312 BABIP and 15 strike outs in 104 plate appearances) is probably the closest sample that we can look at when predicting his future. While not his 2018 numbers, these are still incredibly impressive and could have him on a serious MLB trajectory.

Espino makes a start for the AZL Indians Red during his rookie season. – Joseph Coblitz, BurningRiverBaseball

While velocity has been all the rage for some time with many pitchers reaching triple digits, the Indians haven’t really had anyone, specifically a starter, who could hit 100. Espino changes that.

Espino has a great story as well as he wasn’t signed as an amateur free agent out of Panama, so he and his family moved to Georgia where he went to high school for a second chance at the big leagues. After increasing his velocity to the upper 90’s as a teenager, the Indians took him in the first round this year.

After starting in Arizona and averaging just over two innings per appearance, he moved on to Mahoning Valley where he averaged more than three over his final three starts. In addition to stretching out his arm, Espino was busy striking everyone out, particularly in one game against Williamsport where he K’d 9 in four innings. Overall, he struck out 34 in 23.2 innings with just ten walks and 16 hits allowed.

His fastball is already elite, although he will need to continue to work on his secondary pitches if he wants to start. If the Indians want to fast track him, it wouldn’t be surprising if he started for the Captains next year instead of hanging around in Arizona until Mahoning Valley starts up again.

McKenzie warms up in the outfield prior to 2019 Indians MiLB spring training practice. – Joseph Coblitz, BurningRiverBaseball

This is the first season since we started ranking at least 50 players (2016) that McKenzie has not finished first in the Burning River Baseball Indians prospect rankings. There’s a good chance that 2020 will be the first time he falls out the national top 100 for the first time since 2017. This is because, as amazing as his potential still is, it means nothing if he can’t get on a baseball field.

The reason the picture above is him out of uniform is that, as far as I’m aware, he didn’t pitch a single game in uniform this year. During spring training, he strained his back and supposed to be out for six weeks. This would have him making at least rehab starts by the end of April, but these never took place as he sat out the entire season without another official injury update by the Indians.

Now, instead of the young first round draft pick, he’s a 22 year old eligible to be taken in the rule five draft. It’s doubtful that any team to would take a gamble on the injury prone starter (he missed much of 2018 with a forearm strain) who hasn’t pitched above AA, but with an expanded roster and his potential still high, it is possible. When he does pitch, McKenzie has great command, a plus fastball/change combination and a good slider. Over his 329 MiLB innings, he has a 2.68 ERA with a 2.7 BB/9 and 10.8 K/9.

Bracho moves to his left to field a ground ball while playing second for the 2019 AZL Indians Blue. – Joseph Coblitz, BurningRiverBaseball

The fact that four of the five players on today’s list are still teenagers shows how strong the Indians lower minors are and Bracho is among the strongest. Elbow problems cost him all of 2018 and pushed back his 2019 start, but once he began to play, he caught up quickly. Once he caught up to speed, he had a run where he hit four home runs and two triples over the span of six games, striking out just three times in this period.

While no one could keep up this torrid pace, he still had solid numbers during his time with Indians Blue, batting .296/.416/.593 before his promotion to Mahoning Valley for the final week of the season. Once there, he struggled a bit to adjust, but still hit two home runs and a double in his final five games.

Bracho was signed as a short stop along with Rocchio (and Jose Tena from earlier in the rankings), but really is nothing like his compatriots. Bracho is a  power hitter at his core and is not afraid to run a count deep to get a pitch he likes. He has great bat control and in his first year had nearly as many extra base hits (21) as he had strike outs (29) and walks (28). If it weren’t for his injuries (he missed a month in the regular season of 2019 in addition to missing 2018), he likely would have been in Lake County to end the season instead of Mahoning Valley.

As a defender, however, he lags behind. He is definitely not a short stop, playing exclusively at second during his official games, and even there he is a below average defender. This should be considered acceptable as he has an elite bat for a second baseman, but there is room for improvement. There is also a good chance he will improve at the position, specifically his throwing arm, as he returns to full health.