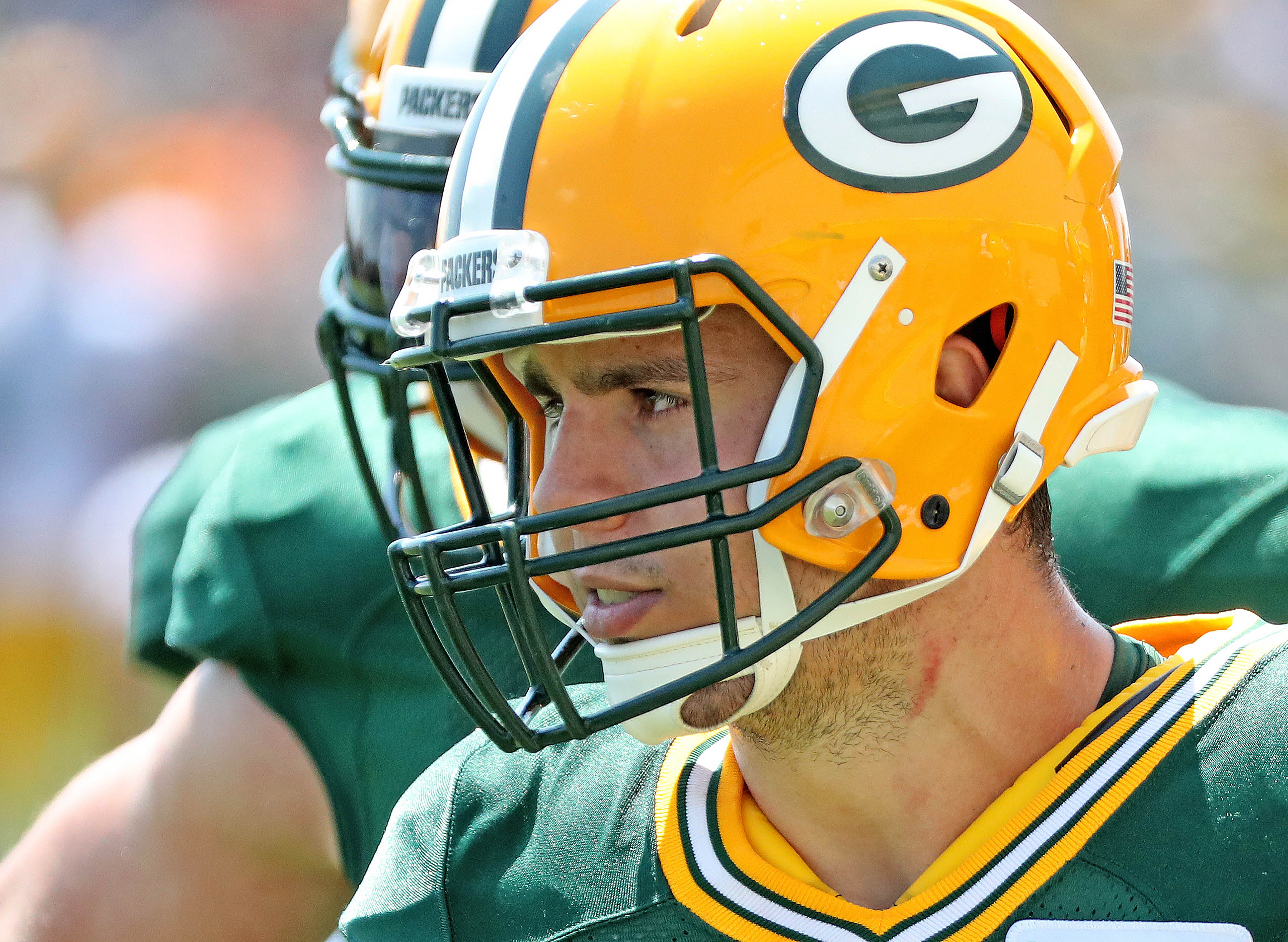 The Green Bay Packers are currently in first place in the NFC North with a 7-2 record and find themselves in the thick of the race for a good playoff seed in the NFC. Despite the team’s overall success, however, there are some players who have gotten off to disappointing start to the season.

In compiling this list, I have used a combination of the expectations the players had coming into the season and their actual performance. So, a player with Pro Bowl expectations who is just playing good football could make this list while an average player who is playing on an average level would not.

These players still have seven games to help turn their seasons around and are not listed in any particular order:

Defensive back Josh Jackson was selected by the Packers in the second round of the 2018 NFL Draft and appeared in all 16 games as a rookie, making 45 total tackles and breaking up 10 passes.

This season, however, the Iowa alum has taken a step back and has not earned significant playing time on defense. Jackson has played in eight of the team’s first nine games but has made only four tackles and hasn’t been a big part of the Packers defense, even in nickel and dime packages.

Players like Tony Brown and Chandon Sullivan, who were not drafted at all, have gotten more playing time this season than Jackson does. His lack of speed seems to limit what he can do in Mike Pettine’s defense. Jackson needs to earn more playing time and play well in order to revive his career.

Geronimo Allison was off to a strong start in 2018 with 20 catches for 303 yards in just five games before injuries ended his season.

Allison was expected to take on a bigger role in the offense after Randall Cobb left in free agency and the Packers didn’t draft a wide receiver this year. A preseason injury to Equanimeous St. Brown seemed to give Allison an even bigger chance to be a frequent target of quarterback Aaron Rodgers.

But through nine games, Allison has struggled. He presently ranks sixth on the team with 20 catches which ranks him third among wide receivers behind Davante Adams and Marquez Valdes-Scantling.

The Illinois product has been targeted 34 times but only has 20 receptions. He has dropped a surprising number of passes so far and just wasn’t able to assume a bigger role in the offense when Adams missed four games due to a turf toe injury.

Allison has shown a lot of toughness in playing through his own injuries and has taken his share of very hard hits this season.

The recent strong play of Allen Lazard may cut into Allison’s playing time if he doesn’t get back on track.

Kenny Clark was the Packers best defensive lineman last season and was named a Pro Bowl alternate after recording 73 total tackles and six sacks in 13 games. He also had 13 tackles for loss in 2018, a number that showed how dominant he could be and how much penetration he was getting at the line of scrimmage.

This season, however, Clark has not been as dominant. Through nine games, he has a total of 30 tackles with 1.5 sacks. The sacks came in the first two games of the season and he has not been close to the quarterback since. His tackles for loss are also way down and Clark has not been able to get any kind of consistent penetration into opposing backfields on running plays.

It is possible Clark misses playing next to Mike Daniels, who was let go this summer and is now playing in Detroit. While he remains the Packers best defensive lineman, Clark’s overall play has been a disappointment so far. The Packers are hoping he can rebound and finish the season strong.

Clark is in his contract year and GM Brian Gutekunst will have to decide whether to re-sign the former first-round pick out of UCLA this offseason.

Like Clark, Martinez is in the final year of his contract and can be an unrestricted free agent this year if the Packers don’t re-sign him.

Martinez is once again leading the Packers in tackles by a wide margin with 95 through nine games. No other player has more than 50. Martinez is smart, tough and a leader on this defense.

But, while the number of tackles is still high, the impact plays have been harder to come by for the former Stanford star in 2019. Last season, Martinez had 10 tackles for loss and five sacks. This year, he has just three tackles for loss and one sack through nine games.

It is true that Martinez has not blitzed as often this season since the Packers added Preston Smith and Za’Darius Smith as edge rushers, but Martinez isn’t penetrating and stopping the run as well as he did a year ago and makes too many of his tackles five or more yards down the field.

If Martinez can finish the season strong, it would go a long way to solidifying the Green Bay run defense down the stretch.

David Bakhtiari was named All-Pro last year for the second consecutive season and was considered one of the best pass-blocking offensive linemen in football. He earned that reputation with his consistent play and by keeping his quarterback upright as well as any left tackle in the game.

But this season, Bakhtiari has been very good but not elite. He’s already committed more penalties in nine games this year than he did in all of 2018. Last season, Bakhtiari was flagged just twice for holding and twice for false starts in 16 games. Already this season, he has committed five holding penalties and four false starts in just over half a season.

He’s also allowed more sacks and pressures than he did a season ago although his play had improved during the Packers four-game winning streak as compared to the first four contests.

Bakhtiari remains an excellent offensive tackle, but his play has not quite been up to his own high standards in the first nine games of 2019.