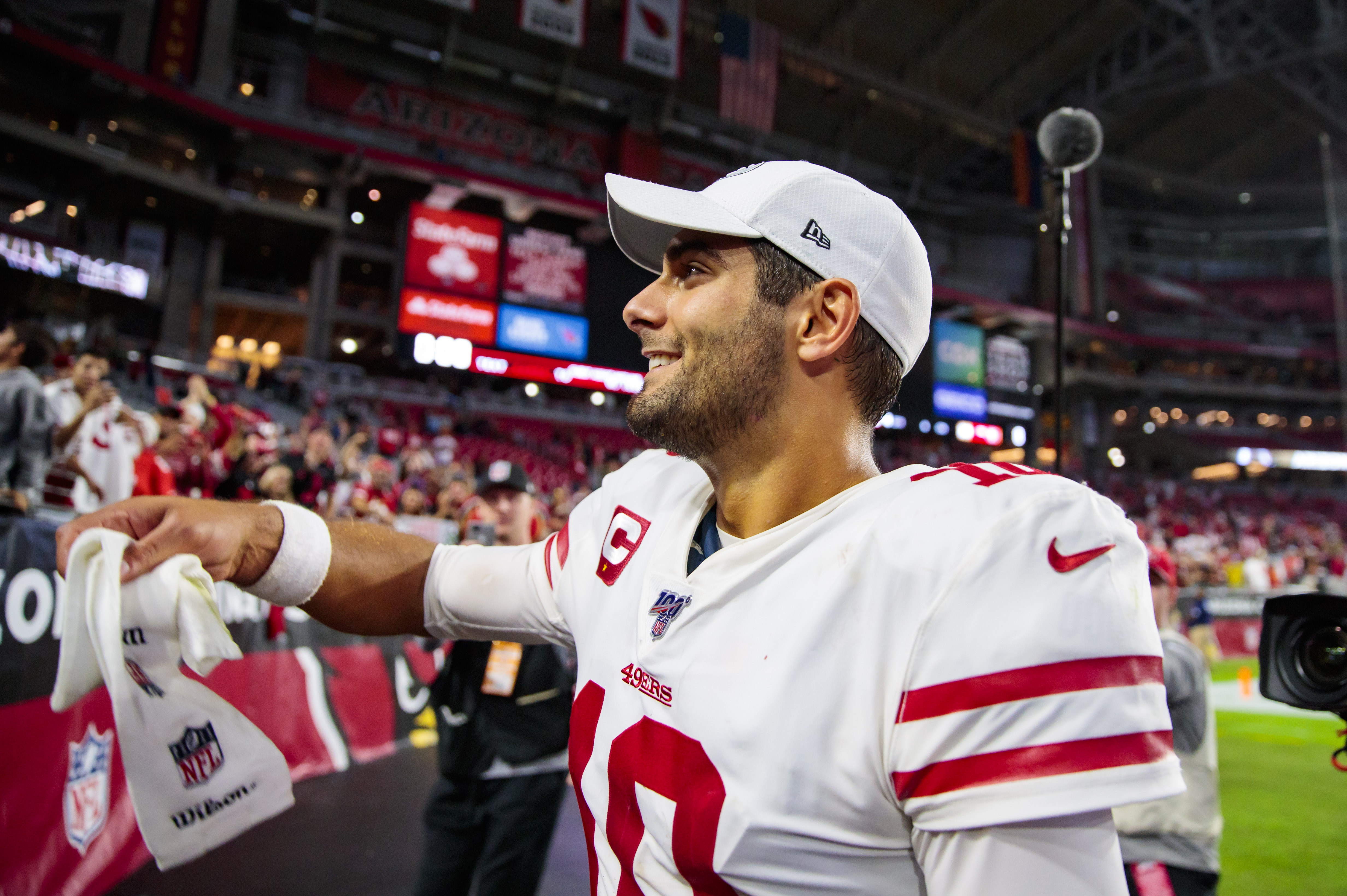 It was said that Jimmy Garoppolo was attempting to hit on FOX reporter Erin Andrews during a postgame interview last Thursday night, but the 49ers quarterback strongly denies doing so.

Jimmy G was asked about how he felt regarding the team’s win over the Seahawks on “Thursday Night Football,” and he was pumped about it in his postgame interview.

The QB of the UNDEFEATED San Francisco @49ers!

Garoppolo heard some criticism for his use of “baby,” as that’s just the world we live in nowadays. He downplayed it, though, saying he uses that word all the time.

“I say baby like 500 times a game to my teammates and stuff. It wasn’t like that,” he explained.

#49ers Jimmy Garoppolo on his “Feels great, baby” postgame line to Erin Andrews.
Says he didn’t expect it to go viral, that he was just excited about being 8-0 pic.twitter.com/8CveoTwKp1

We side with Jimmy G here. The “baby” talk was overblown.