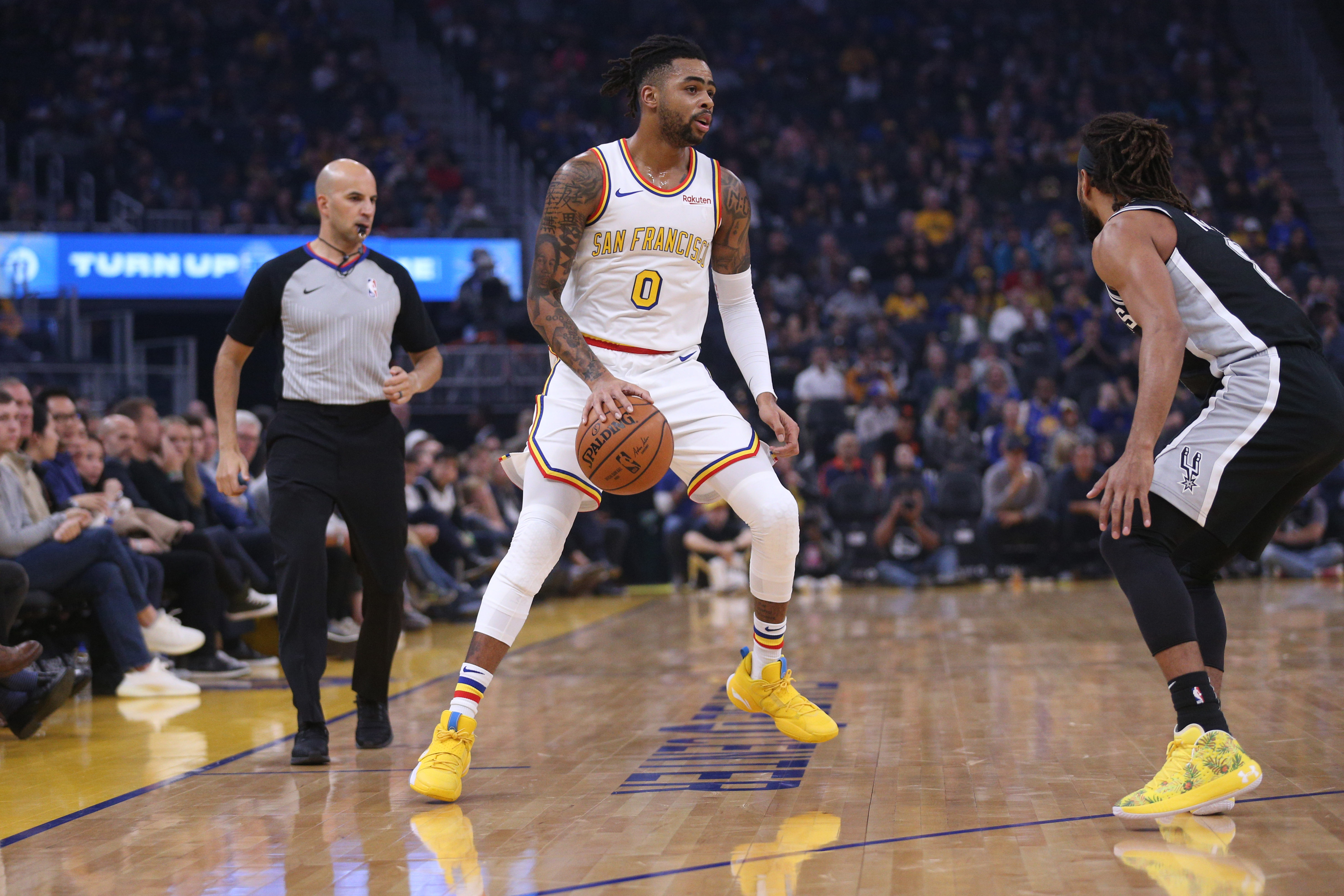 When the Warriors traded for D’Angelo Russell last July, they had hoped to simply fill the void left at the other guard spot after an injury to Klay Thompson. Little did they know they’d be entertaining the idea of trading him less than a month into the season.

With Steph Curry now joining Thompson on the bench for games following a significant hand injury, it’s safe to say the Warriors are in for a tough season, and there’s been talk they might try to trade Russell as a result of being down multiple stars.

If the Warriors elect to go down that path with Russell, some league executives believe they could get back a decent haul for the 23-year-old All-Star.

If the Warriors decide to investigate the market, some league executives believe it’s not unreasonable to think the Warriors could get another first-round pick plus a quality role player for Russell, especially if they’re able to construct a deal where they take back salary.

Windhorst added that if the Warriors decide to hold onto Russell for this season, he’d likely generate just as much, if not more, interest in the summer with free agency not expected to be as deep in big-name players.

We’ll see what the Warriors decide to do, but this is an interesting situation to keep an eye on. Golden State may be out this season because of unfortunate injuries, but it would be something to see the longtime contenders flip a player for future assets.