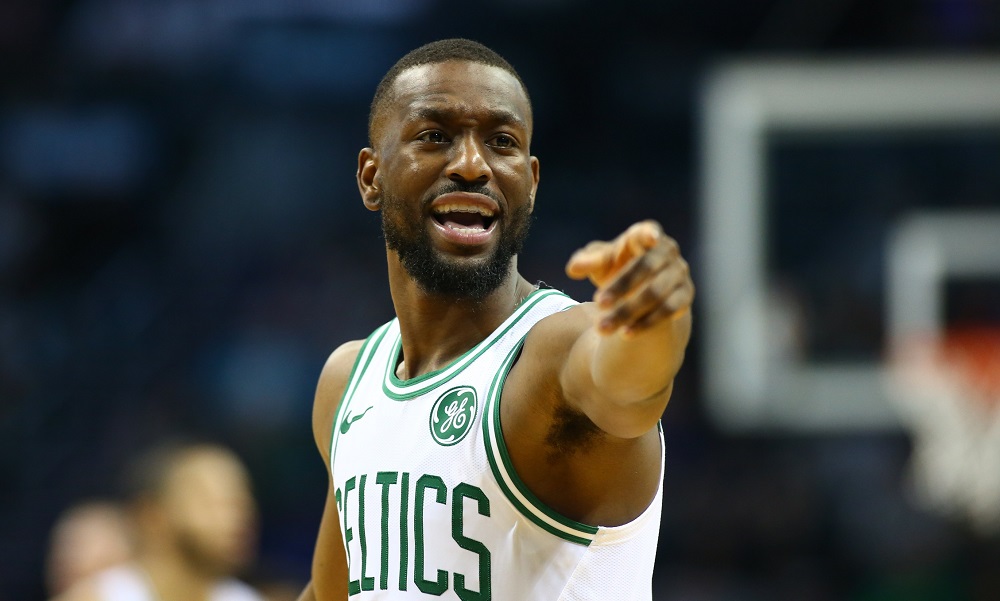 On his first time in Charlotte wearing a Boston uniform, Kemba Walker got all the love from his old fans. He also helped his new team get an easy win over the Hornets, 108-87. Kemba found his shot in the third quarter to lead a decisive burst for the Celtics, while Jayson Tatum led all scorers with 23 points (4-6 on threes) and Gordon Hayward was dynamic again with 20 points, 10 rebounds and six assists.

Kemba Walker introduced last, but not before a video presentation is put up on the Jumbotron, to big cheers from the crowd. He comes out and waves to standing ovation.

Jaylen Brown returned after missing three games with illness and started in place of Marcus Smart. Enes Kanter was out again.

It was also Terry Rozier’s first game against the Celtics since he was traded for Kemba. It was a disaster: 3 points on 1-11 shooting with 4 turnovers. Ouch.

Gordon Hayward is once again off to a hot start, dropping 14 points in the 1Q and 75% from the field. The Celtics are sharing the ball well, currently have 11 assists on 12 make FGs.

In the second quarter, Charlotte began making shots and cut Boston’s lead to 4 points. The Cs responded with an 11-0 run keyed by Jayson Tatum to go up 15 and led comfortably (sort of) at the half.

Early third quarter, the Celtics turned up the defense and pulled ahead by as many as 20.

Midway through the third:

Smart just picked up fouls 4 and 5 in quick succession.

After being held without a field goal in the first half, Kemba has three 3s in the last 4+ minutes.

13 assists in the 3rd quarter for the Celtics. Kemba had 5 of them to go along with his 11 points in the quarter

The entire fourth was garbage time, but featured a brief skirmish between Smart and Miles Bridges. The Hornet was charged with a technical, and escaped alive when Smart was held back.

Don't blame Marcus Smart for being upset there. Bridges definitely hit him with a push.