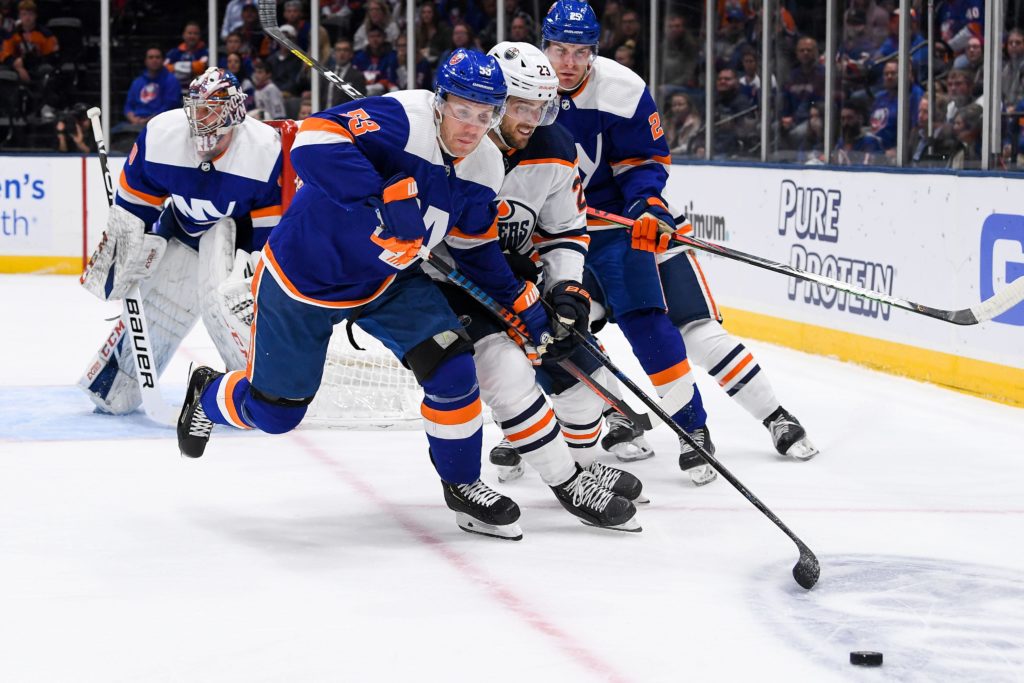 The Edmonton Oilers battled hard on Wednesday night, and at five-on-five they actually outplayed the defending champion St. Louis Blues. Stupid penalties and a down night for the penalty kill cost them, as the Oilers fell 5-2. The score is worse than the game was, as Edmonton surrendered two empty net goals in the final minute of the game.

After the loss, the club’s second straight and third in a row at home, Dave Tippett confirmed that changes are in fact coming to a lineup that has one regulation win in its last nine games. Riley Sheahan, who has missed the last three games, and Josh Archibald will be back on Friday night.

Sheahan isn’t on IR and can jump right back into the lineup, but Archibald is. In order to get him back into action, the Oilers will need to send a body out. Ditto Joakim Nygard, who is “close” to a return. He is also on IR and someone will have to go out to move him into the lineup.

What The Oil Will Gain

The Oilers will add an element of speed to their lineup with Archibald and Nygard. That’s something that has been lacking from the bottom six forward group. Although Nygard has been dealing with an adjustment period, he does have a strong shot and is a candidate to produce some offense. I thought he was playing well when he got hurt.

The penalty kill will be getting two key contributors back as well. Both Sheahan and Archibald were key cogs in Edmonton’s PK early in the season, when the group was at their best. They’ll both jump right back into that role on Friday night against New Jersey.

This should also allow Tippett to roll with a bottom six that features a more defensive line and an offensive line. That was his plan at the start of the season, but injuries prevented that from happening. I wouldn’t rule out a reunion for the Khaira-Sheahan-Archibald line, while Nygard makes sense with Gaetan Haas at center and Sam Gagner on his wing.

Neither line is perfect, but each trio would have a very specific job and all three players on each line are a good match for each other. It gives Tippett options.

Colby Cave has played well since his recall from Bakersfield, but in this situation he gets pushed out of the lineup. Ditto for Tomas Jurco, who just hasn’t done enough to keep an NHL job. Another player in some trouble? Markus Granlund, who just hasn’t been very good for the Oilers outside of some strong PK work.

Cave does not need waivers to return to Bakersfield right now, so it stands to reason that he will be the first body shipped out prior to Friday’s game. The Oilers can simply assign him to the AHL and be done with it. The second decision is a little more complicated.

The club is likely looking to move on from Jurco, who has been a healthy scratch often and hasn’t produced much in the regular season. It’s believed that Ken Holland has been looking for a trade fit for Jurco, but one has not been found to this point. The likely outcome is that the skilled winger finds his way onto the waiver wire.

Jurco played well in the AHL a season ago and could provide a boost to Bakersfield should he clear. If he doesn’t clear, the Oilers will open the desired roster spot and open a spot on their 50 man list. Not a bad alternative.

Changes to the roster are coming. The Oilers have been playing better possession wise but they are not getting the desired results. The offense is struggling to finish chances and the club needs to find goals from other players. Archibald, Sheahan and Nygard will be brought back within the next few days and should give the team a jolt.

To get them back in, however, two guys will need to go. Those decisions are imminent.