Your Morning Dump... Where Kemba's return means the world to Charlotte 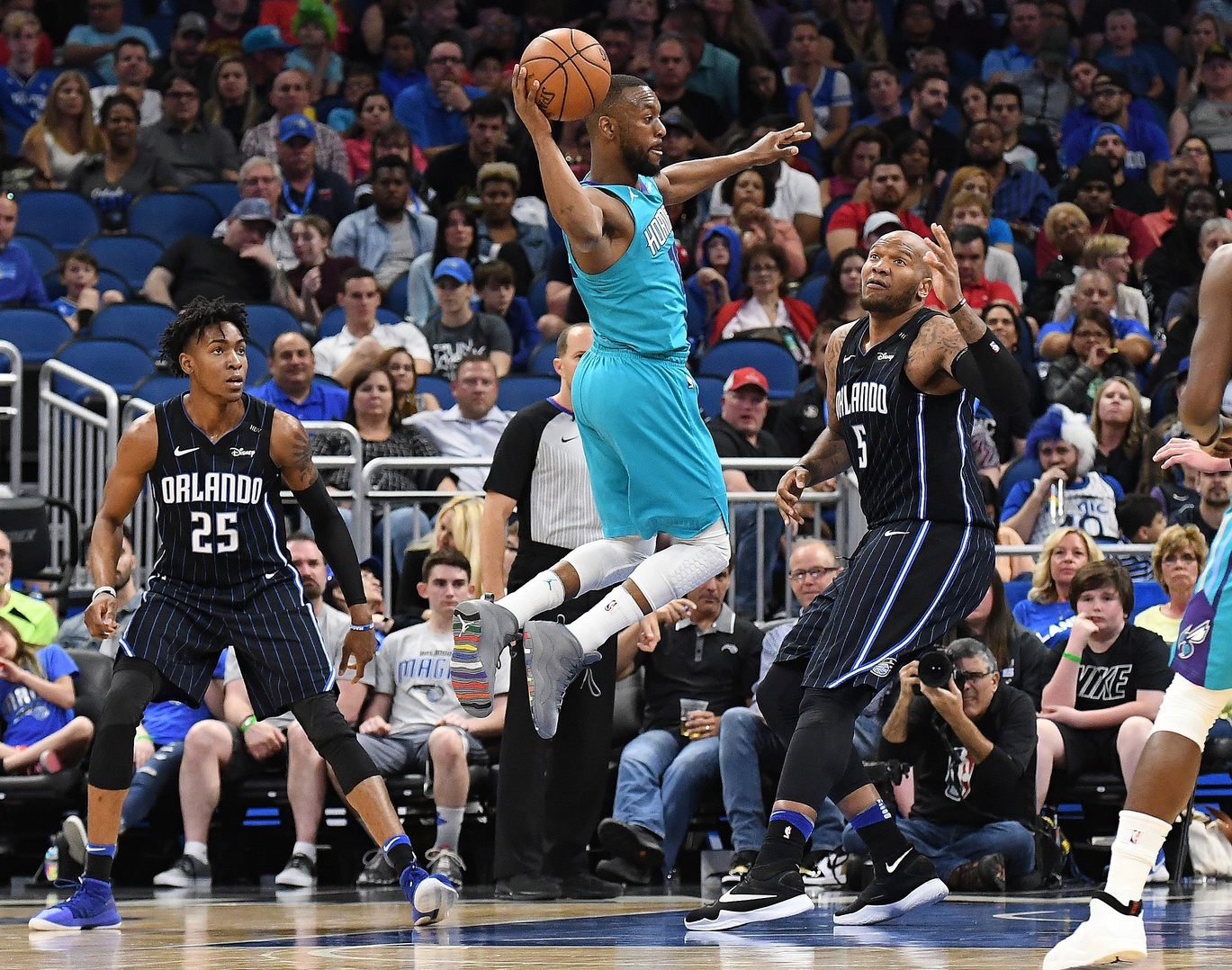 Your Morning Dump... Where Kemba's return means the world to Charlotte

When they arrived, the Peelers were told they could ask whoever the player was a few questions, so the first question the Peelers had for Walker involved his height.

Walker said he was 6-1 which as it turned out, was Michael’s height.

But just for good measure, Elizabeth pulled out the yardstick and had Kemba and Michael back-to-back.

“Everything pretty much the same except I’m not athletic and he is,” Michael said jokingly.

The Peelers and Walker continued to chat away and when Walker left, he was still the topic of discussion that night for the Peelers.

“We really liked him,” Michael said. “The word got back that he didn’t hate us so we invited him to come over for dinner. And he said yes.”

From there, Walker having dinner with the Peelers became an annual tradition that eventually involved him bringing some family and friends from time to time to join him at the Peelers.

And the time spent together wasn’t just about eating, either.

The Peelers learned that one of Walker’s favorite games as a kid was Trouble. So they went out and bought the game and when Walker would come over for dinner, they would play.

“After a while, we sort of got to the point where we made it less about the food and just having fun,” Michael said.

“I don’t have anything against the [current Hornets] players,” Michael said. “We like the players we have. But it’s not Kemba. He’s spoiled us badly over the years. It’s hard to be excited about the games with him not playing here. But we’ll adapt and move on as best we can.”

Tonight’s game in Charlotte won’t register too high on the importance scale for us here in Boston. It’s a game the Celtics should win, and we’ll get to see old friend Terry Rozier. But for Hornets fans (and I guess there actually are a few) this is likely the most meaningful game of all 82 on the calendar. It’s Kemba Walker’s –the best and most beloved player in Bobcats/Hornets history– return to Charlotte.

While we’re all incredibly thankful to have Kemba in green, and recognize that he is not only a special basketball player, but a special person, we really don’t know the half of it, at least not yet. There are a few good stories about Kemba’s Charlotte impact in A. Sherrod’s story, but the one about his relationship with the Peelers (which you may remember from his Player’s Tribune article when he signed in Boston) is pretty cool.

For the most part, Celtics fans are used to welcoming players back with pomp and circumstance more than they are used to watching new Celtics get lauded with applause and love when they go back to their former teams. Paul Pierce, Kevin Garnett, Rajon Rondo, Isaiah Thomas all got tribute videos and standing Os here. Al Horford, Gordon Hayward, Kyrie Irving (had he shown up in Cleveland) were all boo’d more than they were cheered when they returned to their former cities. But Kemba is going to get that Paul Piece/KG treatment in Carolina. The Hornets miscalculated and couldn’t give him the money Boston could, and so that shifted blame from player to organization.

Enjoy watching Kemba get loved on tonight for all he did on and off the court in Charlotte, and then smile at the fact that he’s Boston’s for the foreseeable future.

NBCSports Boston — Kemba Walker on return to Charlotte: ‘I really want to beat them’

On page 2, The Celtics may be back to full-strength tonight

Jaylen Brown and Enes Kanter may make their returns to the Boston Celtics Thursday night against the Charlotte Hornets.

According to the team’s official injury report, Brown is “probable” and Kanter is “questionable.” Both are upgrades from yesterday, where Brown was out and Kanter was “doubtful.”

Brown has missed Boston’s last three games while dealing with an undisclosed illness and infection. He appeared at a panel on mental health and sports on Monday prior to the team’s practice and seemed in good spirits. He did not practice with the team but did go through an individual workout. He stayed behind to continue working out on his own and will travel to join the team in Charlotte.

The Celtics haven’t had Enes Kanter in the lineup since game one of the season, and Jaylen Brown has missed three straight games after barely playing in the opener due to foul trouble. So we’ve had Kanter for 1/6 and Jaylen for 2.5ish/6. It will be great to have both of them back.

As currently constructed, this team is pretty top-heavy, especially when it comes to scoring. In what looks like it’s going to be a 5 team jousting match for position in the east, it was significant that the Celtics won their last three without both of these key rotation players. As the schedule gets more difficult in the middle and end of November (including a long west coast swing next week) it’ll be nice if the Cs can stay in the top 3 in the east standings.