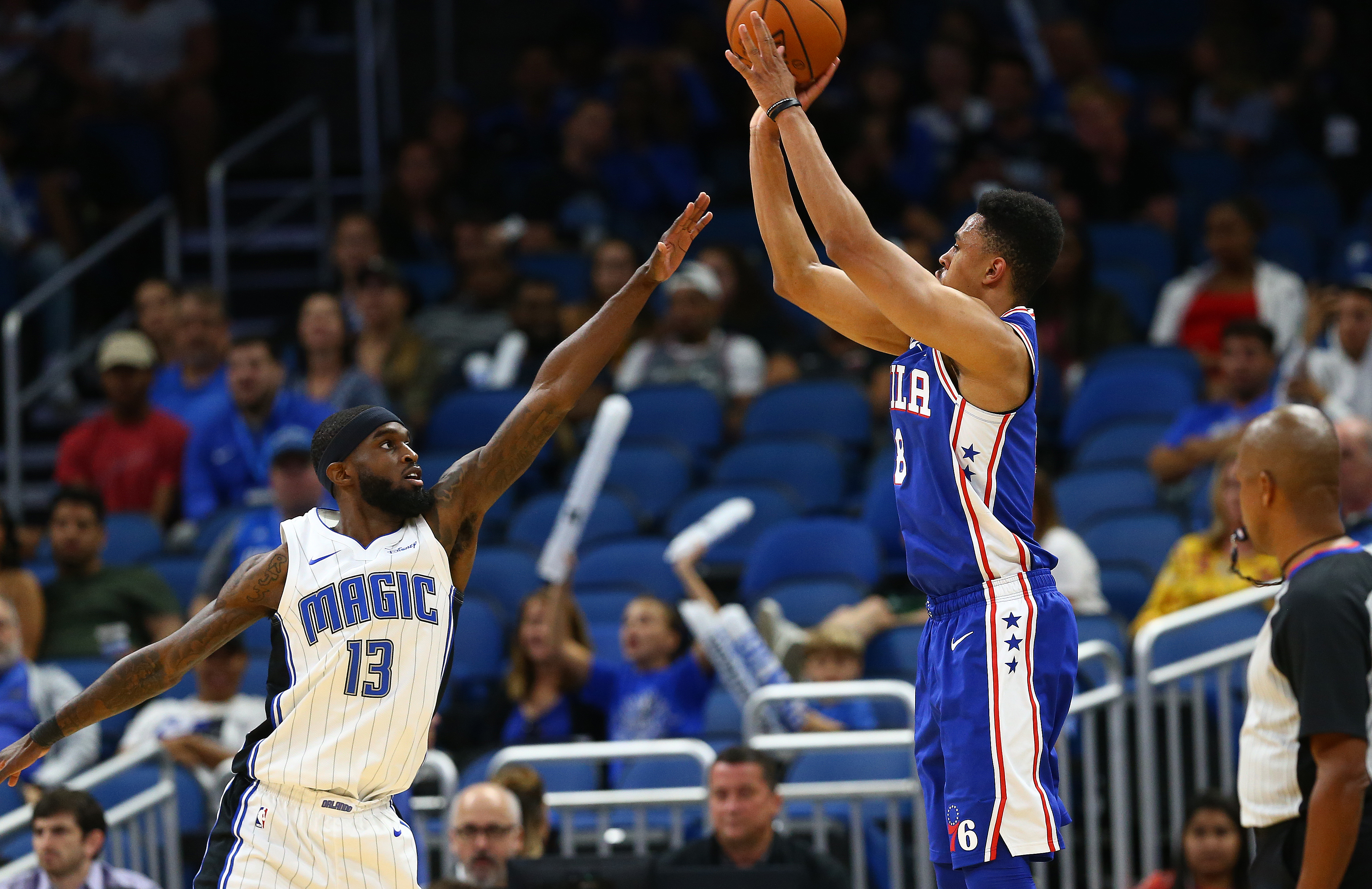 The Delaware Blue Coats have finished training camp and are beginning their final preparations for Saturday’s regular-season home opener against the Maine Red Claws.

The Philadelphia 76ers’ NBA G-League affiliate is poised for an exciting season with a variety of talent on their roster.

The G-League was designed for NBA teams to have the ability to develop players from within their organization, while also giving them crucial game reps.

With this, NBA teams can call up players from within their affiliates, as well as sign non-NBA contract players from other teams.

“There’s a lot that changes with the team in terms of players going up and down, but we have some core principles that we want to stand by every day,” Blue Coats head coach Connor Johnson said.

“We want to defend at a really high level, play physical and aggressive with communication and second efforts. We want to run and play at a fast pace getting our wings in a position where they can score.”

Last season, the Blue Coats went 21-29 in Johnson’s first year as the head coach. As is the case for every G-League team, the Blue Coats roster is much different from last year but returns key pieces and prospects.

“I’m very happy with the kind of high character guys that have been brought in. I think that’s a credit to the organization and our general manager Matt Lilly doing the due diligence and getting the intel on these guys,” Johnson said.

“Our guys come to compete every day as professionals. They’re doing everything we ask them on the court, and I think they’re also good people.”

The 2019-20 Blue Coats roster is headlined by 2018 first-round pick Zhaire Smith. The former Texas Tech standout is primed for a breakout season after an unfortunate battle with injuries and illness in his rookie season.

Smith eventually returned to action towards the end of last season, spending time with the Blue Coats and Sixers.

In six games with Philadelphia last season, Smith averaged 6.7 points, 2.2 rebounds, and 1.7 assists per game. He started the final two games of the regular season for the Sixers, scoring 11 points in his first start, and 17 in his second start.

“Zhaire has a new energy about him this season in terms of his confidence and how vocal he’s been. I think he’s excited to be here and get some reps. We’re really excited to continue to see his progression,” Lilly said.

Smith’s defensive ability and athleticism made him a highly-touted prospect in the 2018 NBA draft. This season, he’ll continue to cover the opposing team’s best offensive weapon on the court.

As for Smith’s offensive skill set, he’s looking to improve on his three-point shot, which he’s been working on after practice.

“Just taking the threes and not forcing it, but taking them if they’re open,” he said.

“Getting my minutes and shots in while here and then transitioning that. If I take too many shots up here, coach already told me that he’s going to tell me to calm down.”

Smith will be paired with former Iowa State Cyclone Marial Shayok on the wing. Shayok was drafted in the second round of the 2019 NBA draft and performed well in the Las Vegas Summer League.

Additionally, the Blue Coats had their first player called up to the Sixers as Norvel Pelle joined the team during Joel Embiid’s two-game suspension.

In the preseason, the 6-foot-10 forward displayed elite shot-blocking ability with a five-block performance against the Detroit Pistons. Last season with Delaware, Pelle averaged 2.9 blocks per game and was also named to the G-League’s All-Defensive Team.

Norvel Pelle had 5 blocks in the 4Q, and the Sixers bench was LOVING it 😆 pic.twitter.com/aA1a9NfdZh

“We’re all fired up for Norvel. I think the Pistons game in the preseason was a really special moment for all of us. We’re all really excited for him to have that moment, and hopefully he can parlay that into regular-season success,” Lilly said.

The G-League is designed for players to leave their clubs, while every coach and GM in the league hope all their players get an NBA opportunity.

With that in mind, there’s still a unique challenge presented to the coaches and front office with players coming and going at a frequent rate.

“We try to find guys that can be future NBA players. Looking at this group here, we feel pretty good about all these guys as G-League players in the short term. But with the upside to be meaningful NBA guys at some point,” Lilly explained.

“Some guys will have a big role and something changes and that role diminishes, but they’ve got to be ready and all in. Your circumstances may change, but your approach should not,” Johnson said.

Out of the 13 players on the roster, 10 are on G-League assignments and not under contract with the Sixers. Therefore, those players are open to being signed by any NBA team during the season.

At the end of the NBA preseason, the Blue Coats signed local players Shizz Alston Jr. (Temple) and Isaiah Miles (St. Joseph’s), who are expected to have large roles.

Along with those players, returning players Jared Brownridge and Haywood Highsmith bring a lot of experience to this year’s team.

In 49 games for the Blue Coats, Brownridge averaged 15.9 points and shot 39.8-percent from three-point range. Brownridge is a shooting guard but has shown his versatility by playing point guard in training camp.

“Due to some injuries we’ve had to put Brownridge at point guard, which is not his natural position. He’s been an off-ball guy pretty much his whole life,” Lilly said.

“He was one of the most prolific shooters in the league last year and we’re hoping for a similar thing this year. If we can get the ball in his hands more often, maybe that’s a new dynamic for him where he’s a pick and roll guy that can really knock it down.”

“Similar to the Sixers, we want to pride ourselves on size, defensive ability, and defensive versatility. Looking at some of the guys we brought in, we’ve got Haywood Highsmith back, a big-time defender. Julian Washburn is a big-time perimeter defender, who’s 6-foot-8 and can guard basically 1 through 5,” Lilly said.

“At the center position, we’ve got Christ Koumadje, Doral Moore, and Pelle, who will be up and down. We’ve definitely put a premium on rim protection at the 5, and perimeter guys that can guard multiple positions, and guard them at a high level.”

The Blue Coats will be put to the test right away tomorrow night, going up against 7-foot-6 center Tacko Fall. The regular-season opener presents a chance for the Blue Coats to see where they stand as a team.

That being said, every basketball team’s end goal is to win a lot of games and eventually a championship. However, player development also has equally high importance.

“Every player on our roster gets an individual development plan. This is where we see you now, this is where we want you to get, and this is the steps and milestones we want to see you get along the way.”

“We really pride ourselves on individual development, but at the same time we are a basketball team with 50 games on our schedule that we’re about to play,” Lilly said.