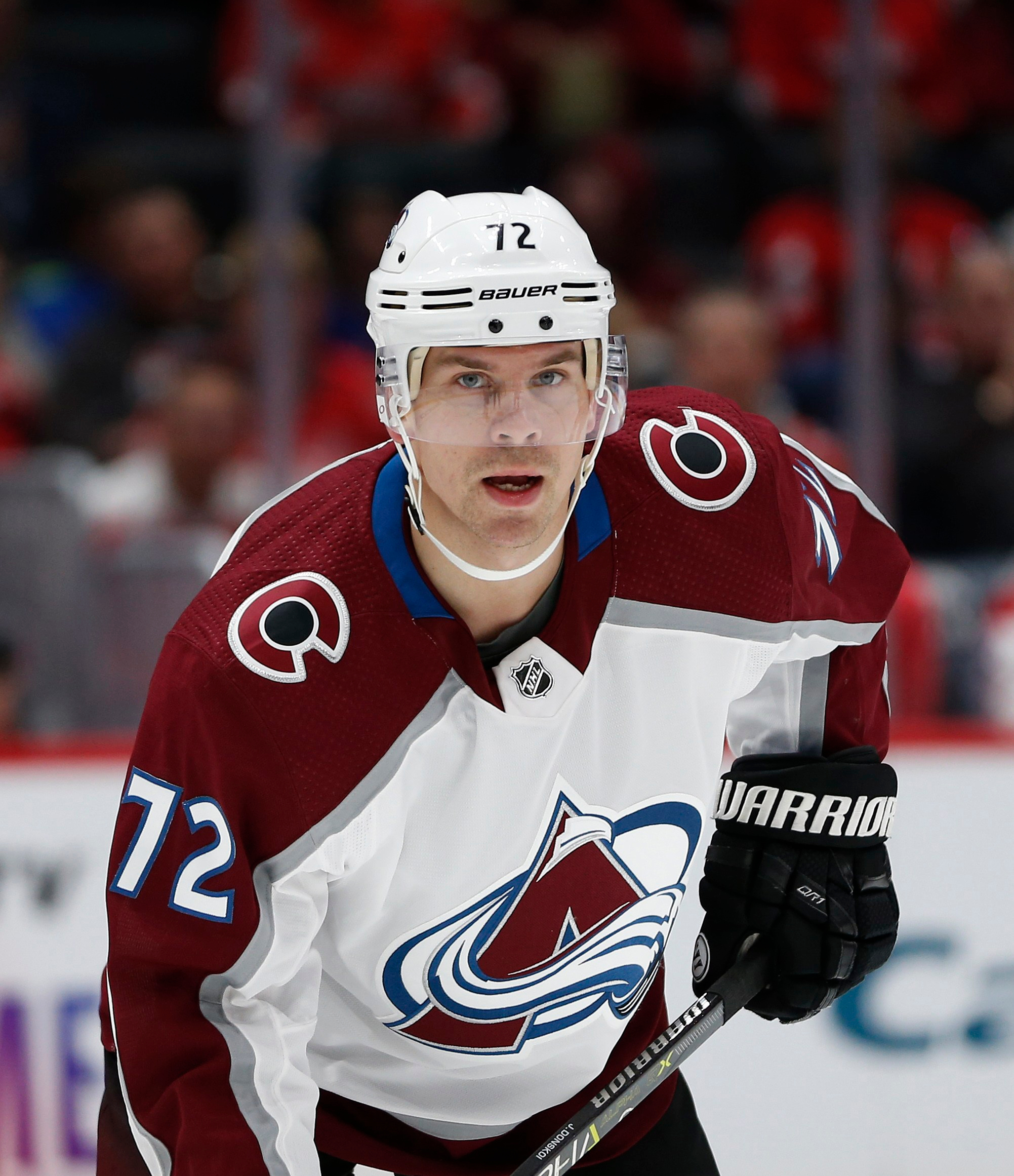 Donskoi scored his first goal of the game at 5:26 of the second period from Nathan MacKinnon and Matt Calvert. At the time, Donskoi tied the score at three goals apiece.

Then in the third period, Donskoi notched the hat trick from T.J. Tynan of Orland Park, IL and Andre Burakovsky at 17:53 with a power play marker. The goal closed out the scoring and put Colorado up 9-4.

Three more Avalanche players had two points. Matthew Nieto of Long Beach, CA and Matt Calvert each had one goal and one assist, while Johnson had two assists.

This is Donskoi’s first season with the Avalanche after four seasons with the San Jose Sharks. On July 1, Donskoi signed a four year deal worth $15.6 million.

In 16 games with the Avalanche this season, Donskoi has eight goals and three assists for 11 points. He is a -2 with six penalty minutes, three power play points, 29 shots on goal, three faceoff wins, eight blocked shots, two hits, eight takeaways and three giveaways.

The Avalanche and Predators are tied for second place in the Central Division. They have identical records of nine wins, five losses and two losses in extra time for 20 points.