Pantorno's Point: Penguins collapse a reminder of just how far Islanders have come 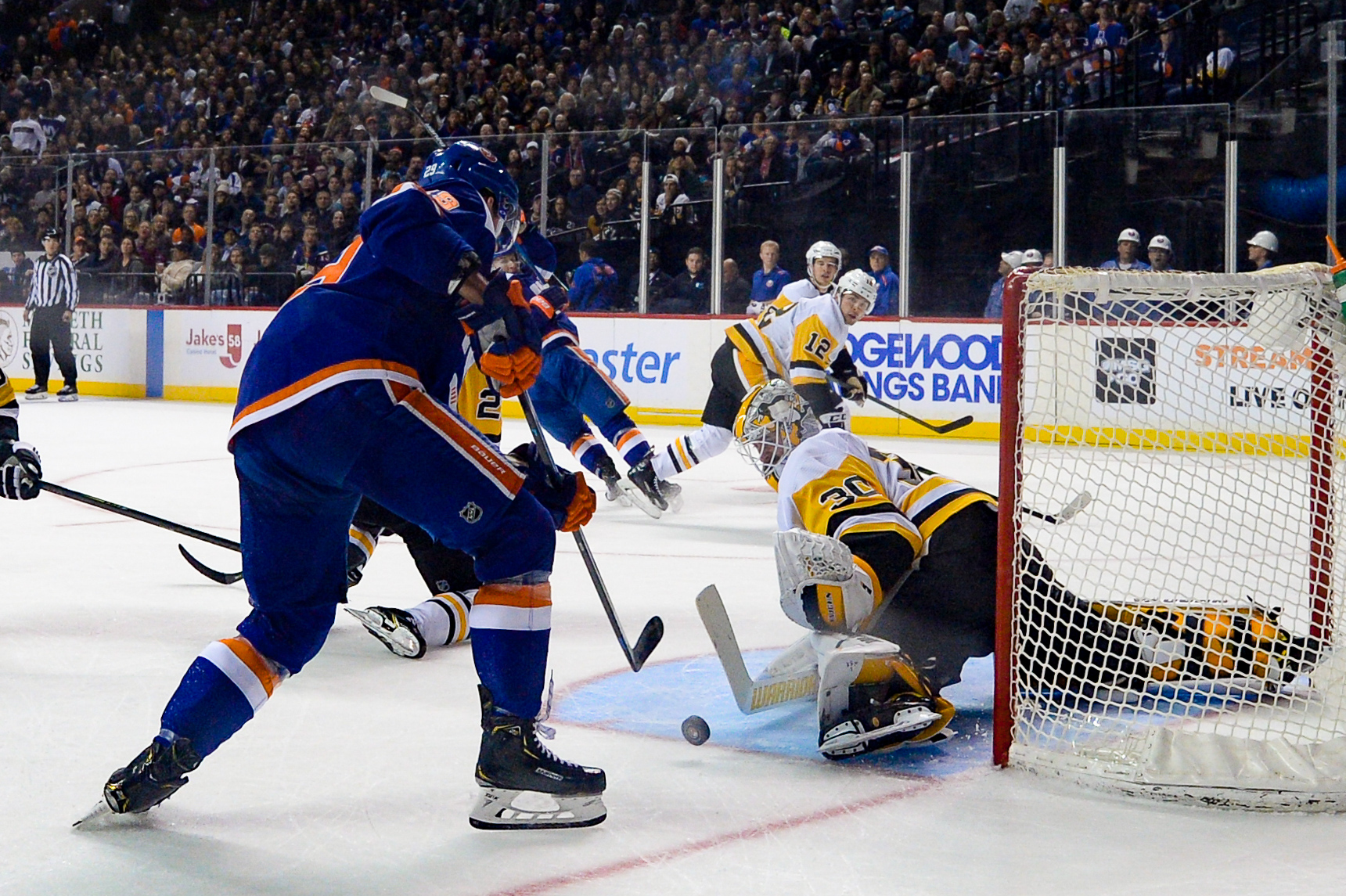 Pantorno's Point: Penguins collapse a reminder of just how far Islanders have come

They always said a three-goal lead is the most dangerous in hockey.

The Islanders witnessed that first-hand on Thursday night as they blew a 3-0 advantage heading into the third period, where they were met with an unwavering onslaught by the Pittsburgh Penguins.

After goals from Casey Cizikas, a shorty from Cal Clutterbuck, and a seeing-eye slapper from Adam Pelech, the Islanders’ lead evaporated in the first 8:48 of the first period as Jared McCann, Bryan Rust, and Evgeni Malkin knotted things up in Brooklyn.

It was the first time in quite a while that the Islanders usually-staunch defense looked out of sorts as they spent a majority of the third period (and long stretches of Thursday night) chasing the Penguins.

Once McCann’s wrister found a way through Semyon Varlamov, the floodgates opened.

There were several chances for the Islanders to put the game away. Brock Nelson — who has been invisible since “Brocktober” ended —couldn’t lift a puck over the pad of a sprawled-out Matt Murray.

Anthony Beauvillier had a golden opportunity to kill it off in a 3-1 game, but Murray got his leg up just enough to block it away. Rust went down seconds later and scored.

It’s a shocking loss considering just how well the Islanders have played — especially under Barry Trotz. The Islanders were 10-0-0 this season when scoring at least three goals and had yet to blow a three-goal lead and lose during the Trotz era.

While the turn of events ruined a fair share of Islanders fans’ evenings, the loss is a reminder that there’s still plenty of work to be done — even in the process of extending their point streak to 11 games.

It also provides a reminder of just how far the organization has come in the last few years under Trotz and Lou Lamoriello.

Under old regimes that consisted of names like Snow and Capuano and Weight, multi-goal or third-period leads were anything but safe.

There was a time when Isles nation simply shrugged their shoulders and accepted the constant collapses because of the firm belief that management wasn’t going to do anything to rectify the situation.

Now? Oh to be a fly on the wall at Islanders practice.

A quick turnaround on Saturday afternoon against the Panthers provides the Islanders with an opportunity to put the Penguins game firmly in the rear-view mirror.