The Games of the Centuries: Ranking the Top Regular Season Match-ups of AP No. 1 vs. No. 2 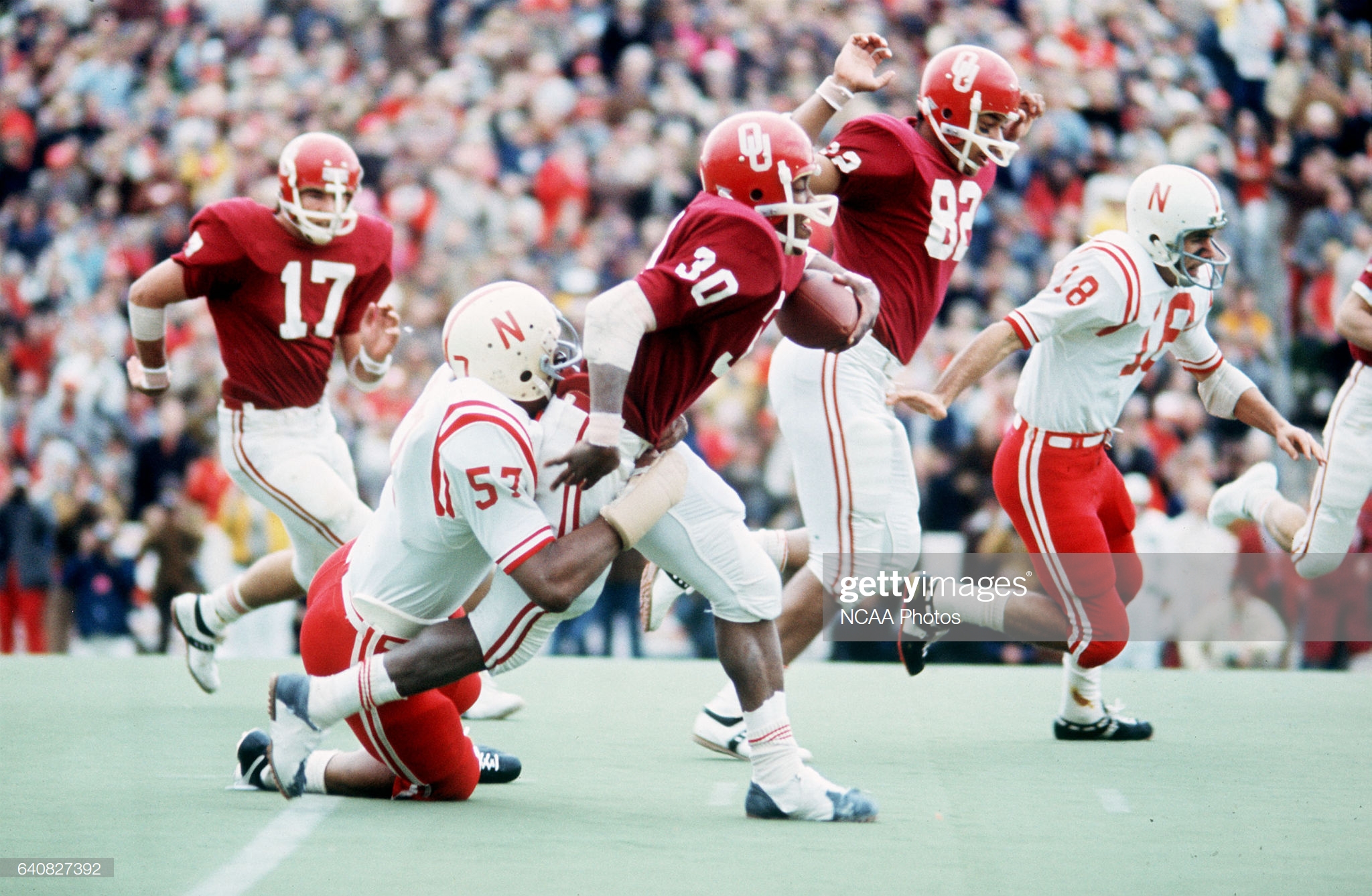 The Games of the Centuries: Ranking the Top Regular Season Match-ups of AP No. 1 vs. No. 2

Alabama will host LSU on Saturday at Bryant-Denny Stadium in a match-up of the top two teams in the Associated Press Poll.

Although they do not happen every year, there have been a number of great ones over the years. In this piece, we’ll be looking at the best match-ups between AP No. 1 and No. 2:

8. (1) Florida 21, (2) Florida State 24
Nov. 30, 1996
Top-ranked Florida was a road favorite as it arrived at Doak Campbell Stadium on the final day of November 1996. The Gators had not won at Florida State in a decade and immediately fell behind 17-0, thanks in part to a blocked punt by the Seminoles. Florida would pull to within three at halftime behind a pair of scoring strikes from eventual Heisman Trophy winner Danny Wuerffel to Jacquez Green. After a scoreless third quarter, the Gators would have the go-ahead touchdown called back by penalty before kicker Bart Edmiston missed a tying field goal. Pooh Bear Williams’ second touchdown run of the day midway through the final period pushed the lead back to 10, but Wuerffel’s third touchdown pass — this one to Reidel Anthony — made it a 3-point game with more than a minute to play. The Gators would never see the ball again as FSU ran out the clock. Wuerffel passed for 362 yards, but was sacked five times and intercepted three times. FSU’s Warrick Dunn rushed for 185 yards in the win. Unfortunately for the Seminoles, Florida would get the last laugh as the teams met in a Sugar Bowl rematch. The Gators won 52-20 and were later crowned national champions.

The last No. 1 vs. No. 2 played by either of Saturday’s teams during the regular season came against each other late in the 2011 season. The teams combined for just 534 yards, four turnovers and neither team scored a touchdown. Regulation ended with the score tied 6-6 with each squad making a pair of field goals. After a penalty and a sack of Alabama quarterback A.J. McCarron pushed the Crimson Tide back to the LSU 35-yard-line in overtime, Cade Foster missed from 52 yards out. After a first down run by Michael Ford moved LSU inside the Alabama 10-yard-line, LSU kicker Drew Alleman ended the contest with a 25-yard field goal. The teams would meet again for the national championship in which the Crimson Tide prevailed, 21-0.

Unlike the first game on the list, Michigan and Ohio State combined for 900 yards in the final contest of the 2006 regular season for both schools. Michigan scored first, but Ohio State responded with 21 straight points and had an answer for every Michigan score. Ohio State quarterback and eventual Heisman Trophy winner Troy Smith passed for 316 yards and four touchdowns in the win as the Buckeyes overcame three turnovers. Michigan’s Chad Henne threw for 267 yards and a pair of scores. The Wolverines cut the lead to three when Henne hit Tyler Ecker for a 16-yard touchdown with just over two minutes remaining, but Ohio State’s Antonio Pittman picked up a first down on the ensuing drive to ice the game. Michigan’s Mike Hart rushed for 142 yards and three touchdowns in the loss.

After falling behind 7-0, Florida State responded with the next 16 points against Miami late in the 1991 season. Gerry Thomas’ short field goal gave the Seminoles a 16-7 lead early in the fourth quarter, but Thomas would be remembered for all the wrong reasons. After a field goal pulled the Hurricanes to within three, Miami regained the lead on a 1-yard plunge by fullback Larry Jones with three minutes remaining. FSU quarterback Casey Weldon proceeded to march his team into the red zone before Thomas trotted onto the field to attempt a 34-yard field goal. Thomas’ kick sailed right and Miami prevailed. The Hurricanes would go on to share the national championship with Washington.

A national championship was on the line as top-ranked Notre Dame visited East Lansing to face No. 2 Michigan State late in the 1966 season. The Fighting Irish had allowed just 28 points through eight games, but the Spartans raced to a 10-0 lead in the second quarter behind a touchdown run by Regis Cavender and a field goal. Notre Dame cut the lead to three by halftime as backup quarterback Coley O’Brien, who was playing in place of injured starter Terry Hanratty, found Bob Gladieux on a 34-yard scoring strike. That would conclude the scoring until the early minutes on the fourth quarter when Notre Dame’s Joe Azzaro connected on a 28-yard field goal. Azzaro missed a 41-yard attempt to put Notre Dame ahead later in the game. The Fighting Irish would get the ball late with the contest still tied, but rather than try to drive for the win, head coach Ara Parseghian elected to run out the clock. Both teams would claim a share of the national title.

The Southwest Conference title was on the line, but so was the national championship as No. 1 Texas finished the 1969 season in Fayetteville against second-ranked Arkansas. Through three quarters, the Razorbacks were in control and in front, 14-0. Texas quarterback James Street scrambled for a touchdown on the first play of the final quarter before rushing in the 2-point conversion try. Arkansas looked to be on the verge of putting the game away later in the quarter, but Bill Montgomery’s third down pass from inside the Texas 10-yard-line was intercepted by Danny Lester, giving the Longhorns new life. Texas would stay alive again when Street completed a 44-yard pass to wide receiver Jim Bertelsen on fourth down. Jim Bertelsen would run in the winning score with less than four minutes to play. The Longhorns sealed the victory when Tom Campbell intercepted Montgomery near the Texas 20-yard-line with less than a minute remaining. After the game, President Richard Nixon declared Texas national champion. The voters would agree as the Longhorns completed a perfect season with a 21-17 win over Notre Dame in the Cotton Bowl.

2. (1) Florida State 24, (2) Notre Dame 31
Nov. 13, 1993
https://www.youtube.com/watch?v=9Ds3dWh-m38
Florida State quarterback and eventual Heisman Trophy winner Charlie Ward had returned from an injury when the No. 1 Seminoles arrived in South Bend to take on No. 2 Notre Dame. Ward showed no ill-effects or rust early on as FSU went 89 yards for a touchdown on its opening drive. The next 24 points however, would belong to Notre Dame. FSU would twice pull to within a touchdown on Ward touchdown passes to running back Warrick Dunn and then a deflected touchdown pass to Kez McCorvey on 4th-and-goal from the 20 with less than two and a half minutes remaining. FSU would get the ball back and one final throw into the end zone, but Notre Dame safety Shawn Wooden knocked the pass down to preserve the Fighting Irish victory. Notre Dame rushed for 239 yards against the vaunted FSU defense. Lee Becton led the Fighting Irish with 122 yards and a touchdown while Jeff Burris twice found the end zone. Unfortunately for Notre Dame, it would lose a week later to Boston College on a last-second field goal and it would be Bobby Bowden’s Seminoles who would claim their first national championship.

No. 1 Nebraska was riding a 20-game winning streak as it arrived in Norman to take on No. 2 Oklahoma on Thanksgiving Day in 1971. Nebraska speedster and future Heisman Trophy winner Johnny Rodgers set the tone with a 72-yard punt return for a touchdown as the Cornhuskers raced to a 14-3 lead. By halftime however, Oklahoma had pulled in front thanks to a touchdown run and a touchdown pass from quarterback Jack Mildren. Nebraska running back Jeff Kinney finished the day with four rushing touchdowns, including two in the third quarter that gave Nebraska a 28-17 advantage heading into the final period, but Mildren again had an answer.

After his second touchdown run cut the lead to four in the final quarter, Mildren’s second touchdown pass to Jon Harrison gave the Sooners a 31-28 advantage with just over seven minutes to play. On the ensuing drive, Nebraska was able to melt nearly five a half minutes off the clock, riding Kinney for the final four plays. After a long completion to Rodgers moved the Cornhuskers into the red zone, Kinney’s 1-yard touchdown with 1:38 remaining served as the game-winner. The Sooners would turn the ball over on downs to end their final threat. Kinney rushed for 171 yards in the victory. Oklahoma tallied 467 yards of offense to 362 for the Cornhuskers, but turned the ball over three times and allowed Rodgers’ memorable punt return. The teams would finish No. 1 and No. 2 as Nebraska claimed its second straight national championship.