Your Morning Dump... Where we're already in love with this team 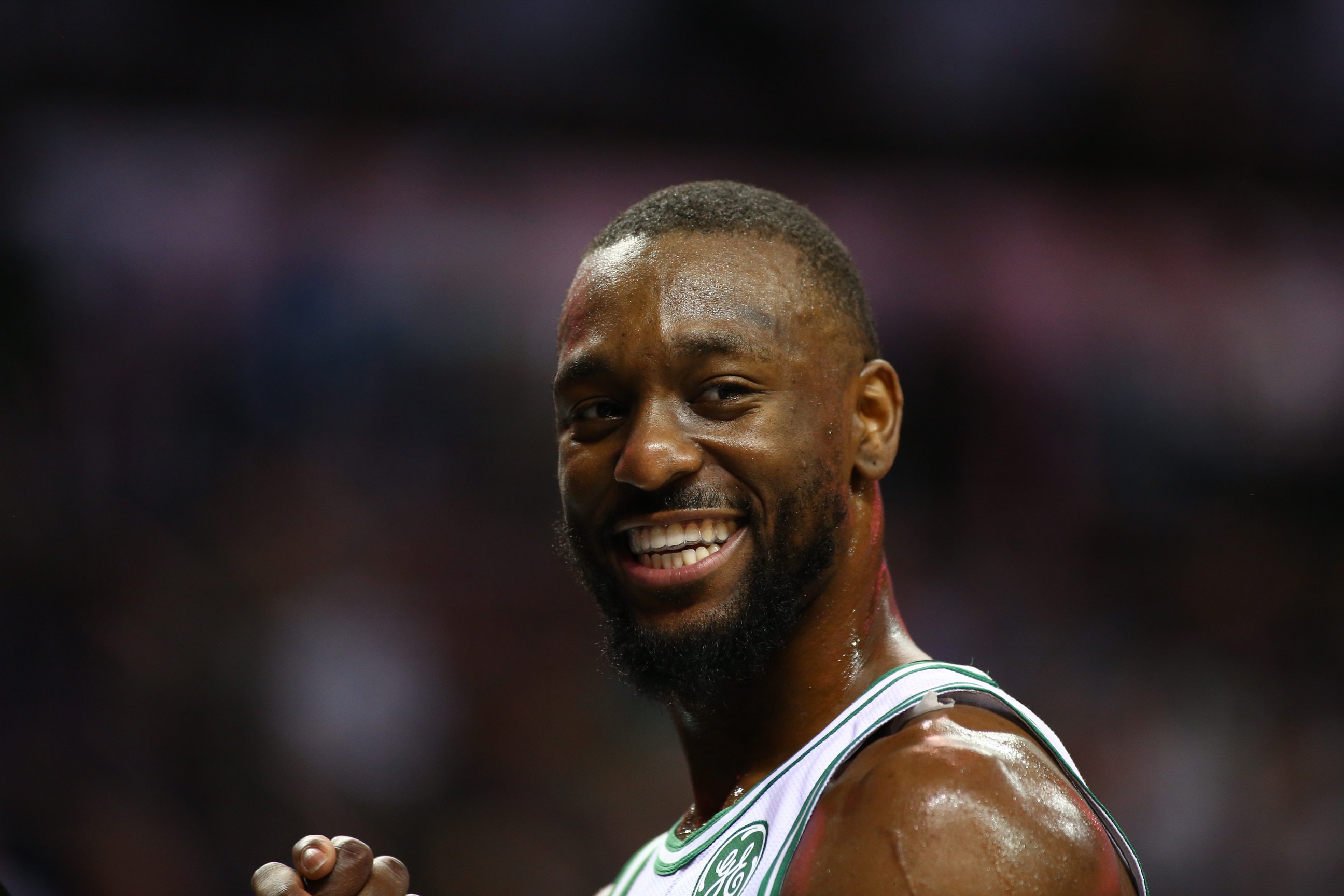 Your Morning Dump... Where we're already in love with this team

Forcing shots was a staple of last year’s team, because they never trusted each other to give the ball up and get it back. When a guy had a chance at a halfway decent look, he took it because that was his chance to score.

In this one, not so much.

I’m 100 percent positive Jaylen Brown would have forced this shot last year. It’s a bit of personal and team growth. The Celtics spent this game passing in situations they wouldn’t have last year.

Jeez, I love this team! And you do too.

One of the more important aspects of the play above is that it illustrates what John said about team growth. Jaylen Brown passed the ball to Jayson Tatum in that play. In the aftermath of last season’s mess, there’s been a fair bit of blame assigned to the departed point guards.

Jaylen Brown said he joked to Terry Rozier tonight, “You can’t score on me, and you for damn sure can’t guard me.”😂

I’ve seen “Jaylen is Jeff Green 2.0” comps, but honestly, that trash talk? That’s one of the things that sets those two apart. Jeff doesn’t have that killer instinct. Jaylen does.

[Smart] helped the Celtics maintain their comfortable lead before his run-in with Bridges — an incident he felt the referees allowed to build for too long.

“A lot of calls that they called, I didn’t understand where the fouls were,” Smart said. “And it just seems like whenever I get the ball and I’m on offense, I can’t get a call, so with the Bridges push and stuff like that, I told them, ‘If it was me, y’all would probably throw me out the game and everything. So you clean it up, or I will.’”

Smart said the officials told him to let them handle the situation.

Again, to John’s point about team growth, Marcus Smart handled last night’s situation better than he probably would have last year. Last year’s Marcus Smart probably would’ve ended up with a technical, and might have even thrown a punch.

Still some room for growth though:

“By taking (a player) out, you just allow that to sit up and build up,” Smart said. “I’m never like, ‘I need to take a break.’ I want to keep playing and I want to thug it out, even especially when everybody else is doing it,

Stevens took Smart out after he’d been called for his fifth foul, and if his mindset was ‘I want to thug it out’, he was probably going to get called for his sixth in fairly short order. And regardless of whether he’s wise enough to recognize it at this point, Smart probably did benefit from a cooling off period.

.@tvabby chats with Kemba Walker after the C's win vs the Hornets pic.twitter.com/nsXJLoktgk

Something I appreciate about Kemba is that, as with Ray Allen and Kevin Garnett in 2007, he realizes that this is his chance to win it all. He put in eight seasons with a subpar team that, in the end, didn’t even match Boston’s contract offer.

Reading between some lines, the assumption would be that Andrea Walker didn’t appreciate Charlotte withholding a super-max offer from her son — a fair criticism that has been leveled at the Hornets frequently since they opted not to trade Walker. Charlotte could have offered Walker a five-year deal well north of $200 million, but instead reportedly only offered five years and $160. Boston’s offer of four years, $140 million made much more sense financially, and leaving Charlotte certainly made more sense for Walker’s goals as a winner.

The Charlotte Hornets offered Walker a contract with an AAV of $32M.

Boston offered Walker a contract with an AAV of $35M.

That’s really all you need to know about both teams. Charlotte, the team which could pay Walker more than Boston without making a supermax offer, let him walk over $3M per year.

It would suck to be a fan of a team that cheap. And it’s disingenuous for a team that’s paying Nicolas Batum $25.6M this year to say that they couldn’t afford to keep Kemba.

One of the gags in Futurama is that blernsball players have to wear fractions because the whole numbers have all been retired.

They are sort of an abridged explanation to the 17 championship banners that reside adjacent. No team has won as many titles as the Celtics, and no team has retired as many numbers.

And, as evidenced by a left tackle (77), pass rushing defensive end (99), strong safety (36) and cornerback (37) on this year’s Celt roster, no team has a more limited supply of desirable digits.

It seems a mortal lock that you’ll never see another Celtic wear Bill Russell’s 6 or that any of the other numbers will find their way back into circulation, but the subject was raised a while back within the organization.

“It’s been talked about with various players that we’ve wanted to get here who have certain numbers. And you can always talk to the family, but it would be a very case by case basis.”

Because Red Auerbach stayed around for decades, even serious Celtics fans may not realize that the team has had a slew of owners since team founder Walter Brown died in 1964. Between 1965 and 2002 the Celtics had ten different ownership groups, and none of them owned the team for more than ten years.

Grousbeck’s ownership group has had the team for about 17 years now, which is closing in on the same length of time that Walter Brown owned the team (18 years).

And honestly, it looks like the team’s in good hands.

Steve Bulpett’s article includes a conversation with Marcus Smart where he talks about how he ended up with 36, and it highlights one of the thornier issues about reissuing certain numbers and not others: Smart’s high school and college numbers were 3 and 33. There really isn’t a question that–as individual players–DJ was not as good as Bird. So, one might say, why not let other guys wear DJ’s number and just keep Bird’s number out of circulation.

But here’s the thing–and this was Red’s deal all along: Basketball is not an individual game. For Red, retired numbers were all about team contributions. If DJ doesn’t stifle Magic over the last four games of the ’84 Finals, Boston probably doesn’t win that title. DJ’s number isn’t retired because of his individual stats–that’s what the Hall of Fame is for. DJ’s number is retired because of what he did to help the Celtics win.

Retired numbers are the team’s way of recognizing players who contributed outstandingly to the success of the team.