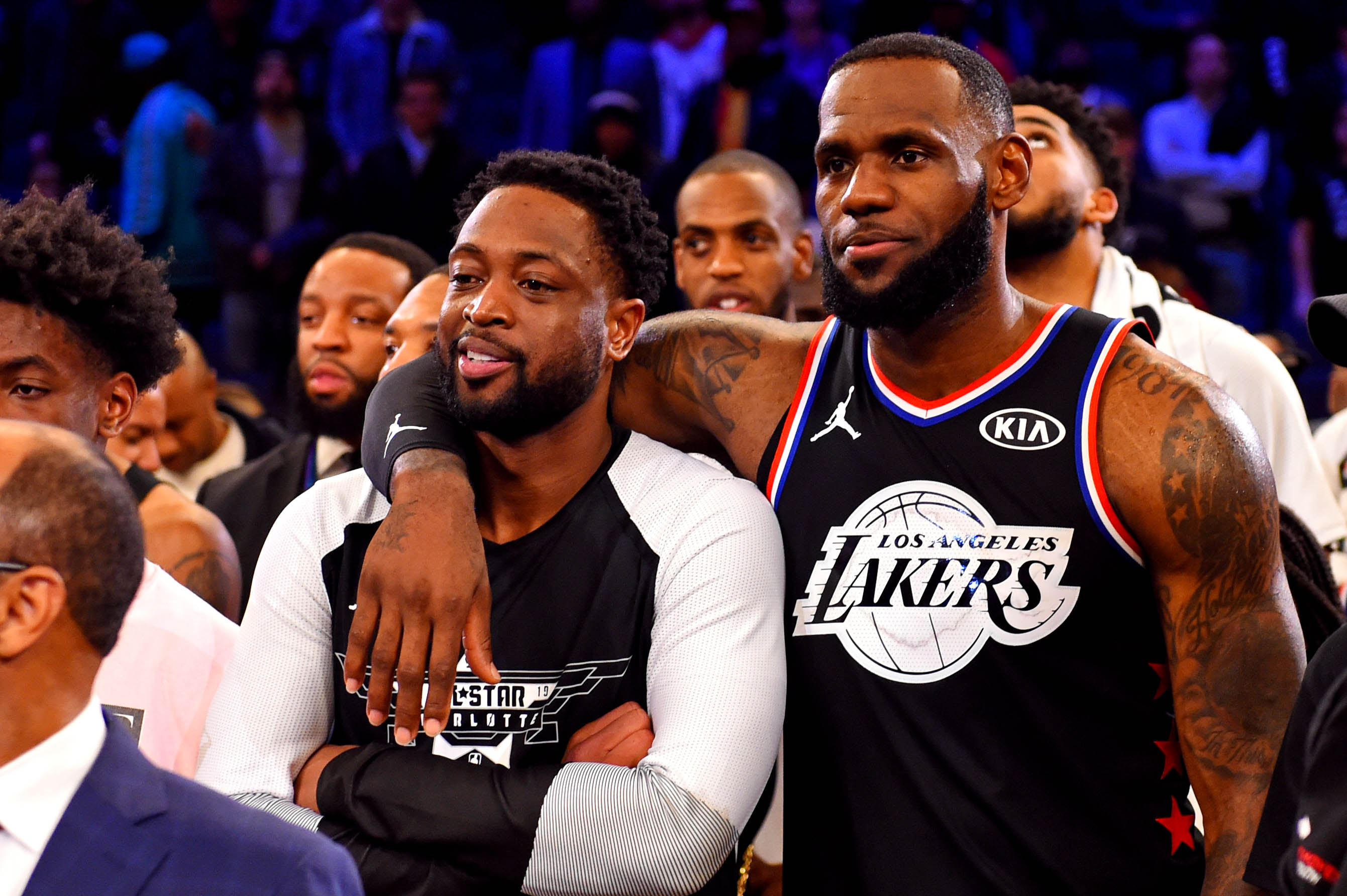 One of the best bromances in sports over the past decade has been the one between LeBron James and Dwayne Wade, as the two played with each other on two different teams (Heat, Cavaliers).

And even though Wade has since retired, he’s still in the NBA world, making his way into the broadcast booth from time to time, and on TV. He poked some fun at LBJ during the Heat-Lakers game, when he called out his former teammate over what he perceived to be a blatant flop.

Dwyane Wade calls out LeBron for flopping "He's in Hollywood acting now, he's getting ready for his next role" pic.twitter.com/JU6SEkNzJp

LeBron, to his credit, also trolled Wade pretty well, with this zinger.

Lakers’ LeBron James on former Heat teammate Dwyane Wade sitting Courtside at Staples Center on Friday: “Did you see what he wore? He had that Heat red on, looking like a pimp over there.” pic.twitter.com/7kIfgzGuoP

Those two are too funny together. Just like they said — they truly are like peanut butter and jelly.