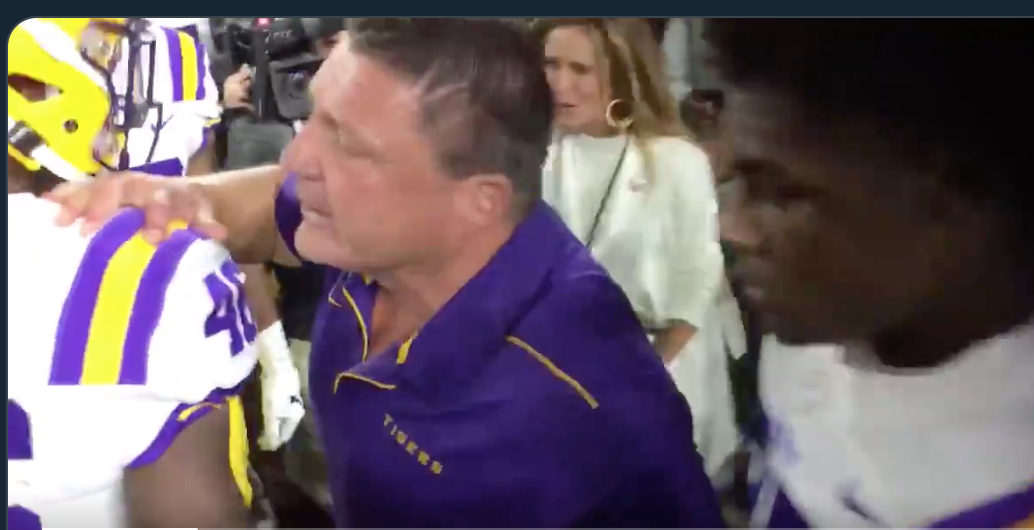 LSU defeated Alabama for the first time since 2011 on Saturday, in a game they controlled from start to finish, riding red-hot quarterback Joe Burrow to victory.

The Tigers coaching staff called a masterful game, using a variety of different looks to mix it up well on offense, and getting turnovers on the defensive side of the ball to win.

LSU may have been six-point underdogs in the game, but bettors lined up to back them, and sportsbooks got hit big-time. Head coach Ed Orgeron had a strong belief in his team leading up to the contest, and his confidence spilled over in to the locker room after the game, when he declared the following:

“This is our house from now on!” Orgeron told his players, of Bryant-Denny Stadium.

Ed Orgeron: “This is our house from now on.” pic.twitter.com/ovdWLsu5DW

Not only that, he also went on an epic rant.

Alabama already has some bulletin-board material heading into the next matchup between the two.