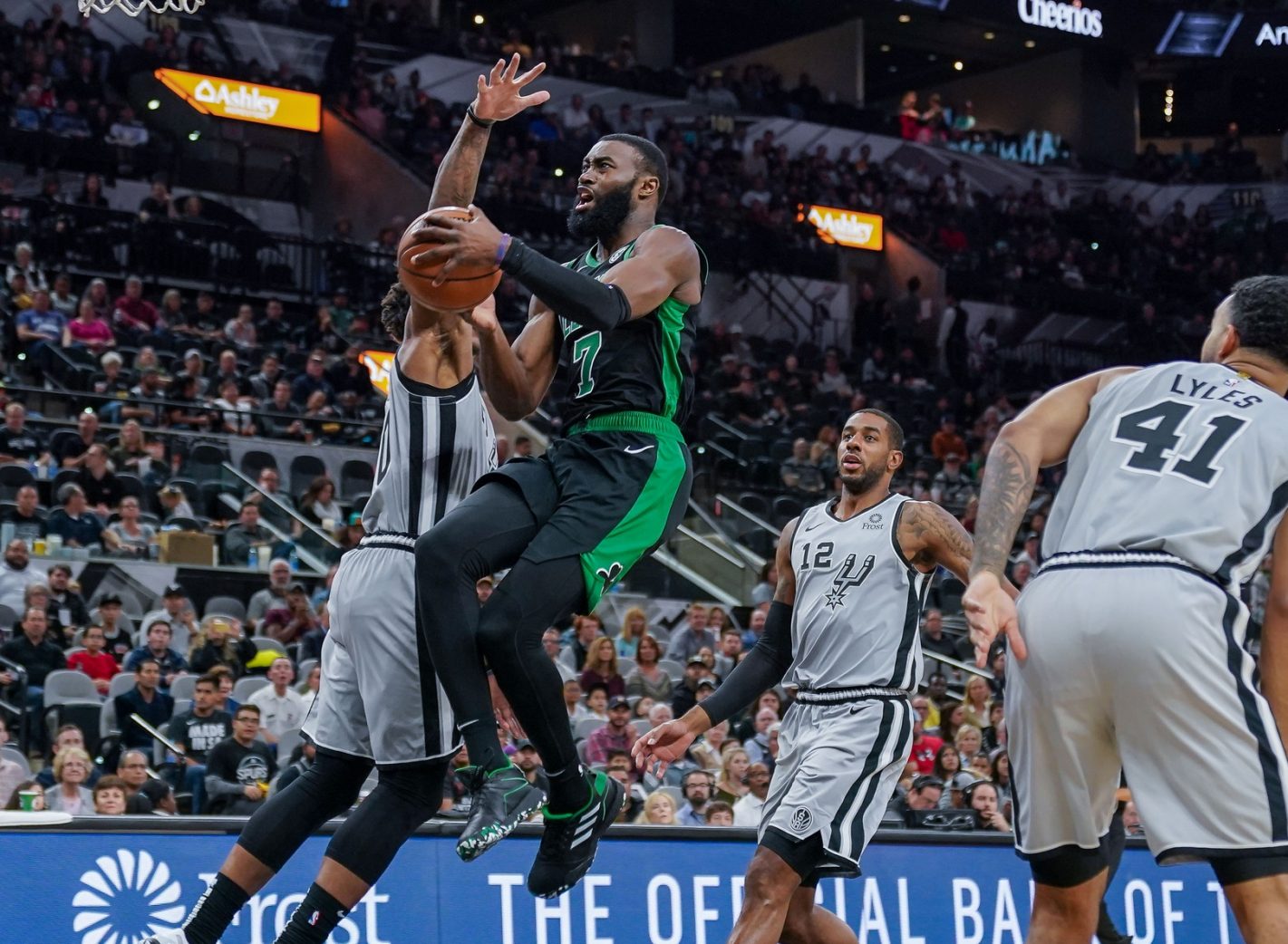 The Boston Celtics haven’t beaten the San Antonio Spurs on the latter’s home floor since 2011. The streak ended this Saturday evening with a 135-115 victory—unfortunately, in perhaps the most Pyrrhic fashion you can possibly imagine due to Gordon Hayward’s hand injury.

The Spurs initially appeared to exhibit their usual home field advantage in a quick seven-point blitz, but it soon went the other way AND HARD:

Jaylen Brown was a big reason for this, but the offense was potent overall. I mean look at this ish:

It continued as soon as SMARF took the floor:

He then drained another about five seconds later. The quarter ended 39-30 Boston—the Cs’ most points in a quarter thus far in this young season.

Despite gumption from the Spurs early in the second frame, San Antonio’s ostensible star LaMarcus Aldridge was a complete non-factor, leaving DeMar DeRozan and Bryn Forbes to fuel the offense alone. Which was Not Enough to stop the Celtics’ pressure:

WE
ARE
COOKIN'
👨‍🍳 pic.twitter.com/P2DOspj9pN

The Celtics just put up 72 first-half points, which is the highest-scoring half against the Spurs this season.

And then, sometime leading up toward the halftime mark, while he attempted to defend a Dejounte Murray drive to the cup:

#NEBHInjuryReport Gordon Hayward has been diagnosed with a left hand fracture after an x-ray examination and is out for the remainder of tonight’s game against San Antonio.

Reactions were about as you’d expect.

You have got to be kidding https://t.co/HHZidVsBQG

You gotta be fucking kidding me man… https://t.co/ScpceQUtkm

Even Lakers partisans were bummed:

This absolutely sucks. He was looking great, Celtics were cooking https://t.co/LGeisxt7Gr

The show had to go on. Kemba, who had a slow first half, made up for his lost time in a big way:

And Jaylen was not going to let the momentum slip away. Hence destruction like this:

The Spurs managed to stay within a few yards of a possible comeback (closing it to 104-91 at Q3’s end) due to strong three-point shooting from dudes like Patty Mills and Trey Lyles. The Celtics’ bench, however, was a lot more up for it, and more ready for DUNK KING:

After a few minutes of protest San Antonio’s shots went cold again, Boston’s lead ballooned to the 20s, where it remained.