Wizards have yet to consistently establish desired identity 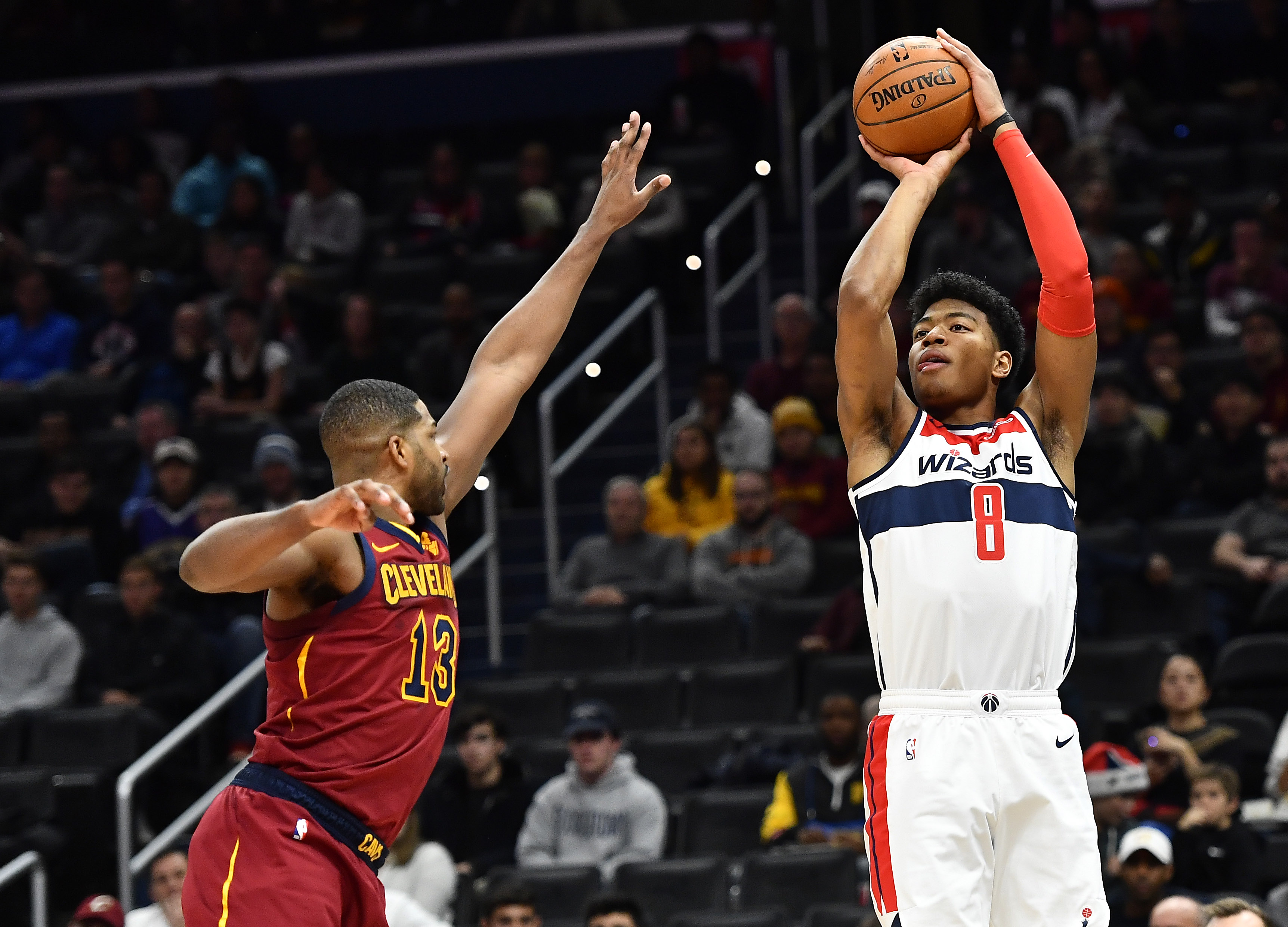 Wizards have yet to consistently establish desired identity

The Washington Wizards came into the 2019-20 season with different expectations and goals than in recent years, but that does not mean that they were satisfied with punting. The likes of Bradley Beal and Isaiah Thomas have made it clear that they want to compete and possibly earn a playoff spot this season despite being under-talented. Thomas knows and has repeated multiple times that Washington has to be the hardest playing team every night for any of that to come to fruition. After a bleak 113-100 loss to the fully rebuilding Cleveland Cavaliers on Friday, the Wizards have already lost their identity for the second time in a week at home.

The Cavaliers still have some solid veterans on their team that can get buckets – namely Tristan Thompson and Kevin Love who combined for 37 points on 11-for-18 shooting. The duo got to the free-throw line for 19 attempts, which is more than triple what Washington had as a team (6); Beal had some NSFW thoughts about that. The Wizards allowed the road team to drop 67 points on them in the first half alone, which dug them a massive 21-point deficit. Committing 19 turnovers and allowing 17 offensive rebounds that Cleveland turned into 19 and 23 points, respectively did not help the home team.

“We didn’t defend,” a frustrated Beal put shortly on what went wrong in the game. So, it’s back to the drawing board.

Bradley Beal on 2-6 start: "The sun comes up tomorrow. You wake up tomorrow and you get better. That's all you can do. You can sit and mope and pout and get mad about things we need to correct, or get in the gym and get better. I'm one of those guys who wants to get better." pic.twitter.com/jvVNOfI9Gy

In a game where the Wizards struggled offensively with just 22.6 percent shooting from deep (7-for-31) and a mere three free throws made, Washington could not afford for Cleveland to get off to such a big lead. Even after cutting the deficit to just 91-90 in the fourth quarter, the Wizards could not capitalize and eventually, the Cavs broke through for multiple clutch buckets and an 11-2 run.

“We just couldn’t make shots tonight,” Scott Brooks put concisely. “We could not make shots in that fourth quarter that fall.”

Washington did not get any production out of their trio of wings as Troy Brown Jr., C.J. Miles, and Davis Bertans combined for 8 points on 3-for-25 shooting in 61 minutes of play. In his first start of the season, Brown struggled and was pulled as a result. The second-year player was not given the chance to play through the performance, but Brooks believes the 20-year old will rebound.

Despite the poor defensive showing, there were a couple of bright spots in the form of Thomas Bryant and Rui Hachimura. Bryant had 23 points on 11-for-16 shooting, 8 rebounds, and 4 assists in 34 minutes of play. Brooks discussed pre-game about wanting his center to be pickier with his shot selection by attacking the rim more often instead of somewhat settling for three-pointers. Across from Bryant in the frontcourt, Hachimura had 21 points on 10-for-13 shooting and seven rebounds. The rookie was a perfect 7-for-7 in the first half. All of that to bounce back from a goose egg 0-for-5 shooting night against Indiana. In an otherwise demoralizing loss, you can find solace in Washington’s big men.

Bradley Beal on Rui Hachimura bouncing back: "He's very poised for a one year guy. It's amazing to see the growth. He's going to have good games, he's going to have bad games. He's able to be confident and realize it's a long year. He played absolutely great tonight." pic.twitter.com/6L1JscytzN